Should We Teach Morality?

The second lesson we learn from this verse [Romans 7:5] is the limited scope and value of the teaching of morality. There is a great deal of moral teaching today and it looks as if we are going to have more and more.

The authorities are going to reform the prisons, and they are going to treat the prisoners psychologically. Such a programme is based on a failure to realize the truth about sin, and to understand Romans 7:5. They really believe that it is possible to solve the problems of crime and juvenile delinquency, and check all the sins that are multiplying so rapidly, simply by abolishing punishment, and speaking nicely, and persuading people, and encouraging them. The astonishing thing is that they are still saying such things in spite of all that is glaringly obvious in society today. 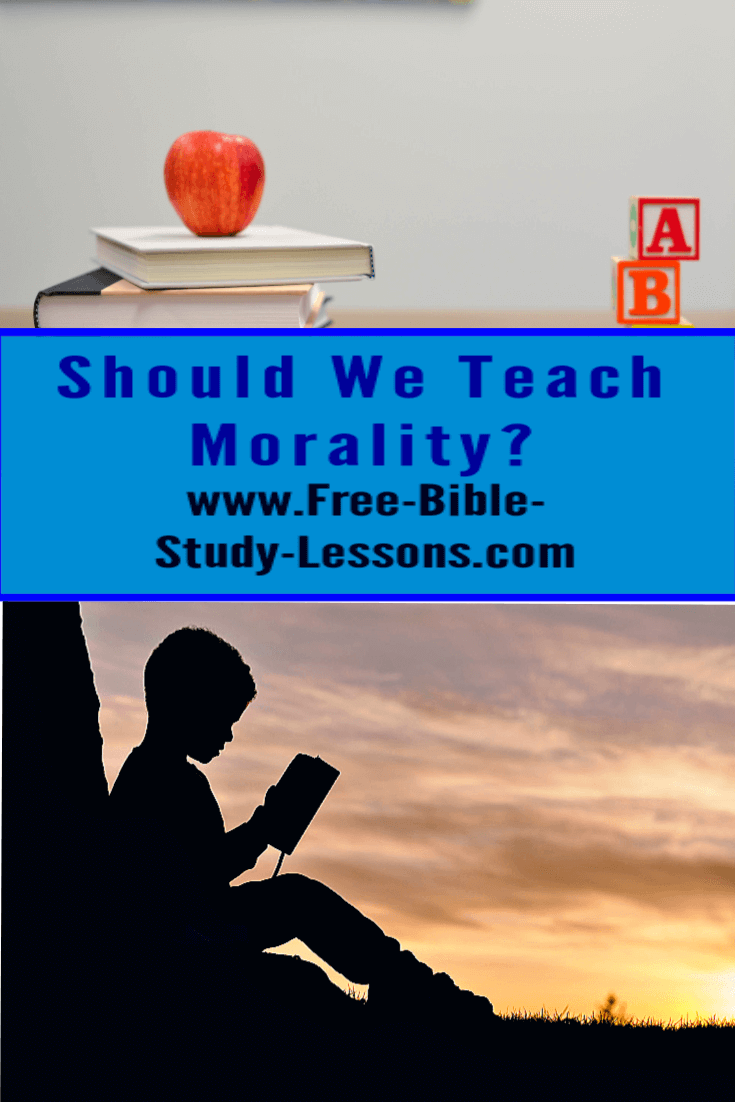 They have largely abolished punishment in the schools, of course; and we are seeing the consequences.  Punishment has all but been abolished in the family circle; and we are seeing the consequences of this also. We are witnessing an increasing lawlessness. But the authorities will not believe the facts; they are going to multiply the educational aspects of prison life, and so on. They believe that, if you are nice and kind, the condemned will respond. But they cannot respond, for "the motions of sins" are too powerful for man's will and his systems. The most tender appeals of a father or a mother or a wife, or children, are not enough; the power of sin is greater than them all; yet authorities go on relying on this kind of thing. To teach morality is, general speaking, a sheer waste of time. The best it can ever do is to frighten certain timorous people against certain particular sins; it can do nothing more.  It cannot change the heart, it cannot change the desires, it cannot change the man.

But the position is even worse still. According the the Apostle's teaching here [Romans 7], to teach morality may be a positive danger; for it tends to inflame the passions; it encourages them, it stimulates them. "Unto the pure all things are pure, but unto them that are defiled and unbelieving is nothing pure, but even their mind and conscience is defiled" [Titus 1:15]. I have known many men who have said that they read certain books because they thought they would help them and strengthen them in the fight, the moral fight. They were honest enough, many of them, to admit and to confess that those books had done them great harm. A minister of religion once told me that the book that had done him the greatest amount of harm in his own personal life was a book entitled "The Mastery Of Sex." Avoid such books, for they will do more harm than good. The reason is that "the motions of sins" are actually inflamed by the Law of God. The very law that prohibits them encourages us to do them, because we are impure. So morality teaching can even be a positive danger. By teaching children about sex, and by warning them against the consequences of certain actions, what you are really doing is to introduce them to the whole subject. Naturally they will greatly enjoy it, their curiosity will be aroused, and they will desire to read further. It will do grievous harm.

I have made a strong statement; but I am ready to assert that the Victorian attitude toward sex, in actual practice, was more successful than the present-day method. I am not concerned to defend Victorianism, but to expound the Scriptures; and the Scripture says that moral teaching in and of itself can be dangerous. If we were all pure and innocent, then it would be safe; but we are not pure by nature, we are impure. These "motions of sins" are there, and more you tell people about these things, the more you will arouse a wrong interest and desire. The way to overcome sin is not to teach morality, it is to preach the gospel.

Except from Romans, Exposition of Chapter 7:1-8:4; The Law: Its Functions and Limits by D. Martyn Lloyd-Jones