The Wrong Idea Of Sin

You remember the aged Simeon standing with the infant Lord Jesus Christ in his arms?  He said a very profound thing when he said:  ‘This Child is set for the fall and for the rising again of many in Israel’.  There is no rising again until there has been a preliminary fall.  This is an absolute rule, and yet this is the thing that is being so sadly forgotten by so many today, and assumed by as many more.  But the Scripture has its order, and its order must be observed if we are to derive the benefits of the Christian salvation.

Ultimately, the only thing which is going to drive a man to Christ and make him rely upon Christ alone, is a true conviction of sin.  We go astray because we are not truly convicted of our sin.  That is why I say that this is in particular the problem of all those who have been brought up in a religious or Christian manner.  Their chief trouble often is their wrong idea of sin. 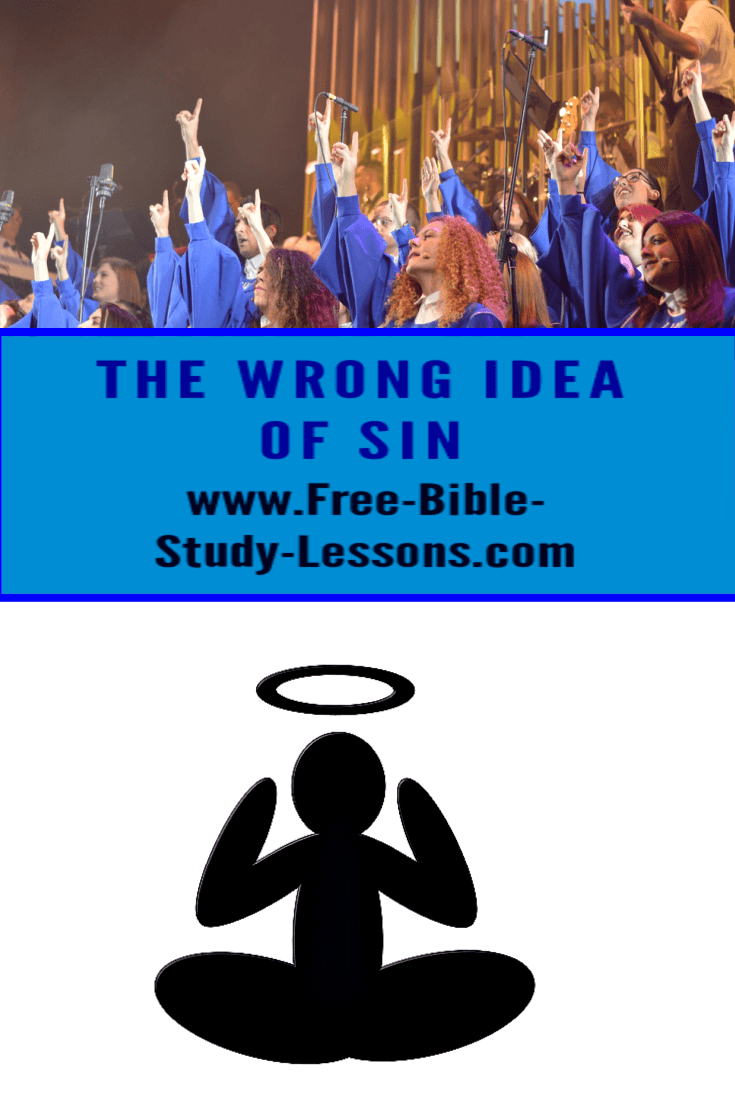 I remember such a person putting this very dramatically to me on one occasion.  She was a woman who had been brought up in a very religious home, who had always attended a place of worship and been busily and actively engaged in the life of the Church.  She was then a member in a church were a number of people had been converted suddenly from the world and from various kinds of evil living - drunkenness and such like things.  I well remember her saying to me: ‘You know, I almost wish that I had been living their kind of life in order that I might have their marvellous experience’.  What did she mean?  What she was really saying was that she had never seen herself as a sinner.  Why not?  There are many reasons.  That kind of person thinks of sin only in terms of action, in terms of sins.  Not only that, but in terms of certain particular actions only.  So their tendency is to think that because they have not been guilty of these particular things, that they are not really sinners at all.  indeed, sometimes they put it quite plainly and say: ‘I have never really thought of myself as a sinner; but of course that in not surprising as my life has been sheltered from the beginning.  I have never been tempted to do these things, and it is not surprising therefore that I have never felt myself to be a sinner’.

Now there we see the very essence of this fallacy.  Their thinking is in terms of actions, particular actions, and of comparisons with other people and their experiences, and so on.  For this reason they have never had a real conviction of sin, and because of that they have never plainly seen their utter absolute need of the Lord Jesus Christ.  They have heard it preached that Christ has died for our sins and they say that they believe that; but they have never really known its absolute necessity for themselves.

How then can such people be convicted of sin?  That is Paul’s subject in this third chapter of his Epistle to the Romans.  He has really been dealing with it throughout the second chapter also.  This is his way of doing it, this is his great thesis: ‘There is none righteous, no, not one, all have sinned and come short of the glory of God’.  Who are these ‘all’?  He keeps on telling us, Jews as well as Gentiles were certainly sinners, outside the pale, sinners against God.  ‘But wait a minute,’ says Paul in effect, ‘you are equally sinners’.  The reason why the Jews hated Christ and crucified Him, the whole explanation of ‘the offence of the Cross’, the reason why Paul was treated as he was by his fellow countrymen who hated the Christian faith, was that the Christian faith said that the Jew was as much a sinner as the Gentile.  It asserts that the Jew - the person who thought he had always lived a righteous and religious life - is as much as sinner as the most flagrant sinners amongst the Gentiles.  ‘All have sinned’, Jews and Gentiles are equally condemned before God.

The same is true today, and if we are concerned about a conviction of sin, the first thing we have to do is stop thinking about particular sins.  How difficult we all find this.  We have all got these prejudices  We confine sin to certain things only, and because we are not guilty of these we think that we are not sinners.  But that is not the way to know conviction of sin.  It was not in that way that John Wesley came to see himself as a sinner.  You remember what brought him to a conviction of sin?  It began when he saw the way in which some Moravian Brethren behaved during a storm in mid-Atlantic.  John Wesley was terrified by the storm and afraid to die; the Moravians were not.  They seemed to be as happy in the hurricane and in the midst of the storm as they were when the sun was shining.  John Wesley realized that he was afraid of death, he somehow did not seem to know God as these people knew Him.  In other words he began to feel his need, and that is always the beginning of a conviction of sin.

The essential point is, that the way to know yourself a sinner is not to compare yourself with other people; it is to come face to face with the Law of God.  Well, what is God’s Law?  Thou shalt not kill, thou shalt not steal?  ‘I have never done that, therefore I am not a sinner.’  Would you like to know what the Law of God is?  Here it is - ‘Thou shalt love the Lord thy God with all thy heart, and with all thy soul and with all thy mind and with all thy strength: this is the first commandment.  And the second is like, namely this, Thou shalt love thy neighbour as thyself’ [Mark 12:30-31].  Forget all about drunkards and their like, forget all the people you read about in the press at the present time.  Here is the test for you and me:  Are you loving God with all your being?  If you are not, you are a sinner.  That is the test.  ‘All have sinned and come short of the glory of God.’  God has made us and He has made us for Himself.  He made man for His own glory and He intended man to live entirely for Him.  Man was to be His representative, and was to dwell in communion with Him.  He was to be the lord of the universe, he was to glorify God.  As it is put in the Shorter Catechism: ‘The chief end of man is to glorify God and to enjoy Him for ever’, and if you are not doing so you are a sinner of the deepest dye, whether you know and feel it or not.

Or let me put it like this.  I find this is a very valuable way of approaching the subject.  God knows I am preaching my own experience to you for I was brought up in a religious manner myself.  I am also preaching my experience as one who has frequently to help people who have been brought up in the same way.  Man is meant to know God.  So the question is:  Do you know God?  I am not asking if you believe in God, or if you believe certain things about Him.  To be a Christian is to have eternal life, and as our Lord says in John 17:3, ‘This is life eternal to know Thee the only true God, and Jesus Christ, whom Thou hast sent’.  So the test we apply to ourselves is that.  Not, ‘have I done this or that?’  My test is a positive one” ‘Do I know God?  Is Jesus Christ real to me?’  I am not asking whether you know things about Him but do you know God, are you enjoying God, is God the centre of your life, the soul of your being, the source of your greatest joy?  He is meant to be.  He made man in such a way that that was to be the position, that man might dwell in communion with God and enjoy God and walk with God.  You and I are meant to be like that, and we are not like that, it is sin.  That is the essence of sin.  We have no right not to be like that.  That is sin of the deepest and worst type.

The essence of sin, in other words, is that we do not live entirely to the glory of God.  Of course by committing particular sins we aggravate our guilt before God, but you can be innocent of all gross sins and yet be guilty of this terrible thing, of being satisfied with your life, of having pride in your achievements and looking down on others and feeling that you are better than others.  There is nothing worse than that because you are saying to yourself that you are somehow nearer to God than they are, and yet the whole time you are not.  If that is your attitude you are like the Pharisee in the temple who thanked God that he was not like the other man - ‘this publican’.  The Pharisee had never seen the need of forgiveness and there is no more terrible sin than that.  I know of nothing worse than the person who says: ‘You know I have never really felt that I am a sinner’.  That is the height of sin because it means that you have never realized the truth about God and the truth about yourself.

Read the argument of the Apostle Paul and you will find that his logic is not only inevitable, but also unanswerable.  ‘There is none righteous, no not one.’  ‘We know that what things soever that the law saith, it saith to them who are under the law that every mouth may be stopped and all the world may become guilty before God.’  If you have never realized your guilt or guiltiness before God you will never have joy in Christ.  It is impossible.  ‘Not the righteous, sinners Jesus came to save.’  ‘They that are whole have no need of a physician, but they that are sick.’

Excerpt from Spiritual Depression Its Causes And Cure by Dr. Martyn Lloyd-Jones.