What were God’s terms that motivated Elisha to refuse gifts from Naaman?  He had accepted them from others… why not Naaman?

"So Naaman went with his horses and chariots and stopped at the door of Elisha’s house.  Elisha sent a messenger to say to him, “Go, wash yourself seven times in the Jordan, and your flesh will be restored and you will be cleansed…Then Naaman and all his attendants went back to the man of God. He stood before him and said, “Now I know that there is no God in all the world except in Israel. So please accept a gift from your servant.”  The prophet answered, “As surely as the Lord lives, whom I serve, I will not accept a thing.” And even though Naaman urged him, he refused. [2 Kings 5:9-10, 15-16, NIV] 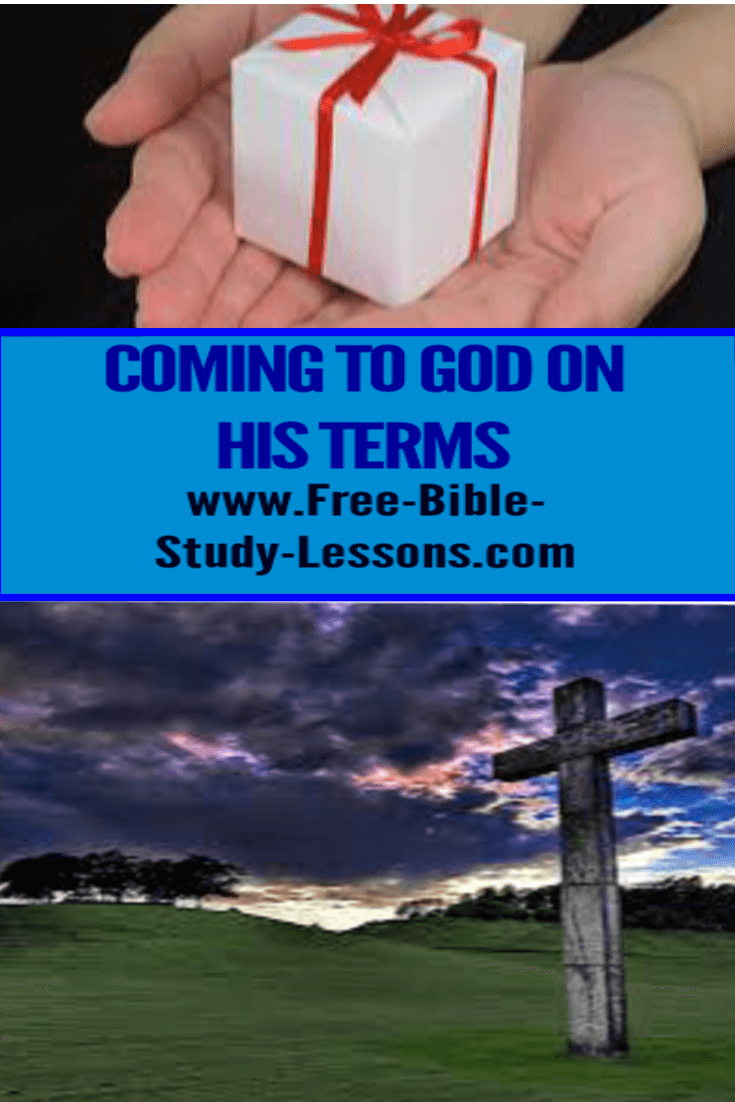 Naaman was a famous and important man.  He was used to getting his own way.  He may have been generous to others, but still he was in control.

The message Elisha sent to him was very clear.  You are not in control here.  You come on God’s terms.  No one receives anything from God by either bribery, influence or even generosity.  Naaman’s coming to God with a request had no more influence or authority than the poorest beggar in Israel.  Elisha was not going to feed his misconceptions or his ego.  Yes, God would grant Naaman’s request, but it would be on God’s terms not Naaman’s.  Naaman could have no question on that.  In fact, Elisha did not even talk to Naaman personally before the healing, but sent a message.  Naaman was furious because he thought he deserved better.

After being healed Naaman again offered gifts.  And while they may have been offered as gifts of appreciation, Elisha did not want there to be any question as to whether the favour of God could be bought or not.  So again he refused.

I remember listening to a message by Bob Mumford where he related an incident where someone who greatly respected him was praying for him and asked God to give Rev. Mumford “what he deserved.”  He interrupted the man, “I don’t want what I deserve, I want mercy!”  The fact is, everyone of us deserves the judgment of God - what we want and need is mercy.

While, as children of God, we can come confidently into His presence at any time, we need to be careful that we do not develop an attitude that we deserve God’s answers or blessings - I’ve done so much for You, You really need to…  We have to be careful that we don’t think Jesus can be bought - I tithe so God must bless me.  And we need to avoid bargaining with Jesus - If You do this, I will do that.  We come on God’s terms and His terms alone - the blood of Jesus applied to our lives by the unearned grace of the Living God.

We must come before Jesus with an attitude of thankfulness and humility.  Yes, we can ask with confidence.  Yes, we can “remind” Him of His promises.  And, yes, we can be free to share our thoughts, desires and plans.  But never let us get the idea we deserve His answers or that we can manipulate Jesus into doing what we want.  [One of the worst things God can do is give us our way when it is against His will.]

By the way, there is nothing wrong, in general, with ministers of the gospel accepting pay.  God has ordered that His people should generously support their spiritual leaders.  The priests in the Old Testament were very well looked after with the best when the people followed God’s direction and God’s leaders in the New Testament age have the right to expect the same.  The issue with Naaman and Elisha was not that it was wrong to offer gifts, but that it was wrong to think the gifts could earn God’s blessing.