In the world under the influence of the master deceiver, Satan, false belief abounds. Our vision is over clouded by preconceived ideas, misinformation and half truths. With our sinful nature we would often rather live in a fantasy world than to face reality and live in the truth. 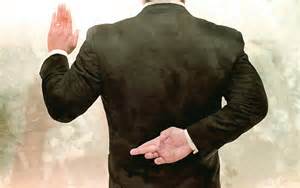 Jesus once had many disciples leave Him because of His "hard" sayings. He turned to His closest disciples - the 12 Disciples - and

"...gave the Twelve their chance: 'Do you also want to leave?'

Peter replied, 'Master, to whom would we go? You have the words of real life, eternal life. We've already committed ourselves, confident that you are the Holy One of God.' [John 6:67-69, The Message]

Peter was right on for everyone who is not content with an illusionary world. We need to be mature enough to face the truth - even if we don't like it. We have to be willing to abandon our cherished ideas if they are shown to be based on false belief.

Christianity, cults, and non-Christian religions all present ideas of what the fundamental Truth about living and dying is. Everyone and every society is religious on a foundational level [see Master Life and Biblical Law e-mail courses]. Everyone has their point of view. The question is: who is right? Who has the Truth and who is presenting false information?

There are some - who claim to be "open-minded" - who say we should accept all religions. This is pride in the guise of humility, because they are really placing themselves as judges above all religions. However, Christianity is not compatible with any cult or non-Christian religion. It states plainly that Jesus Christ is the only way of salvation. All other ways are a false belief and lead to death.

Jesus answered, “I am the way and the truth and the life. No one comes to the Father except through me." [John 14:6, NIV]

The issue is very important. Other religions are leading people to eternal death [See report: What Is Death?]. Christians are not to be proud or treat people who believe differently with disrespect. All must be treated with honour, but we cannot compromise the Truth of God's Word either. It is literally a matter of life or death - eternal heaven or eternal hell. It is serious.

The articles on this page will examine some of doctrines of false belief of non-Christian religions and some of the false belief within Christianity in the light of what the Bible teaches. Only the Bible is the infallible guide to Truth.

Your word is a lamp to my feet and a light for my path. 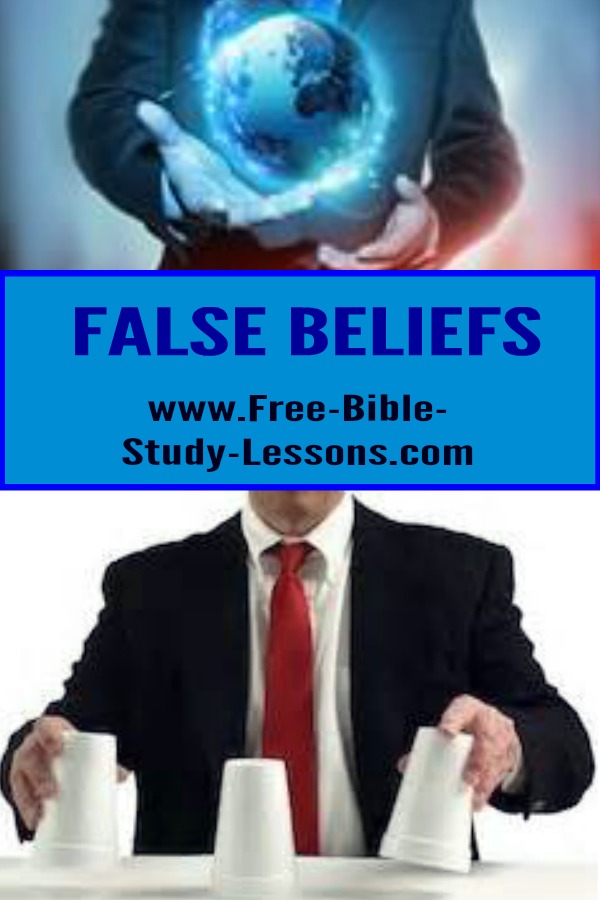 Did Jesus claim to be Jehovah God or not? Traditional Christians say "Yes," while JW's and some others say, "No." As Bible students we must go to the Holy Scriptures for the answer.

The Theory Of Evolution: A Faith Of Death And Destruction

The ideas behind the theory of evolution have led to the murder of millions of people by some of the worse dictators of history, the promotion of sickness and disease, fostering of hate, prejudice, and discrimination, and the hinderance of real scientific discovery.

The Heresy Of Democracy

Democracy is the giving of a civil govenment authority from the people. The authority is assumed to rest with the people, who then delegate it to their representatives...

What Does The Bible Teach About UFO's And Aliens?

As we examine the possibility of UFO's and aliens we must consider where this idea comes from and how it effects known Biblical doctrines.

Is The New Church Christian?

The New Church is based on the teachings of a scientist and theologian named Emanuel Swedenborg who lived from 1688 - 1772. When he was about 53 years old he began his "spiritual phrase..."

Did God Make An Unconditional Everlasting Covenant With Abraham?

The answer to that question can change a Christian's focus on the world right now. An entire area of theology, called Dispensationalism, centers around the modern Jews and Israel. Even current political policy in the Middle East is influenced by this idea.

Replacement Theology basically sees the Church as replacing Israel. It sees that Israel was rejected as the people of God and the new people of God are called from every nation to become one body in Christ...

This man, with good motives no doubt, searched for knowledge outside of God.  He didn't want to hurt anyone.  He was just exploring new territory.  Yet, ideas have consequences...

Did Christianity Copy Other Religions?

One of the charges levelled against the Christian faith is that Christianity copied other religions. It is held that there is not much, if anything, in either the Old or New Testaments of the Bible that cannot be found in the beliefs of other ancient religions...

God plans for the long term. The Israelites went through 450 years of training and waiting before Joshua led them into the promised land. Our forefathers had a vision for the future...

There are four major areas where Christians tend to make excuses for what God has declared in His Word rather than accept it as given.

Are Unicorns Mentioned In The Bible?

Talking Animals In The Bible

Some critics of the Bible twist Scripture to claim that God hates children.  What do these Scriptures really teach?

Genesis Verse By Verse is a fantastic resource for those seeking solid scientific explanations of the Book of Genesis.