I have given you authority to trample on snakes and scorpions and to overcome all the power of the enemy; nothing will harm you.  Luke 10:19, NIV

The above verse comes right after the 72 disciples returned to Jesus from being sent out to cure the sick, cast out devils and preach the good news of the Kingdom of God.  They successfully returned and were very excited.  Jesus was excited as well as He said that He saw satan fall like lightening.

In the above verse, Jesus takes about authority and power.  These are two different things.  If you read the KJV of the above verse you will see that it translates authority and power both as power.  The KJV is confusing at this point because it often translates these two different words as ‘power’ so that it is difficult to tell which word is being used in a specific verse.

The word we usually associate with ‘power’ is the Greek word ‘dunamis’ [doo-num-is].  It means strength, power, ability, inherent power, power to perform miracles, power resting on armies, etc.  We get our English words dynamo and dynamite from this root word.  We could look at it as the strength or ability residing in a person or object to accomplish its mission.  This word is used 120 times in the New Testament and the KJV translates it as ‘power’ 77 of those times.  Interestingly, the apostle John never uses this word in his writings except for 12 times in the Book of Revelation. 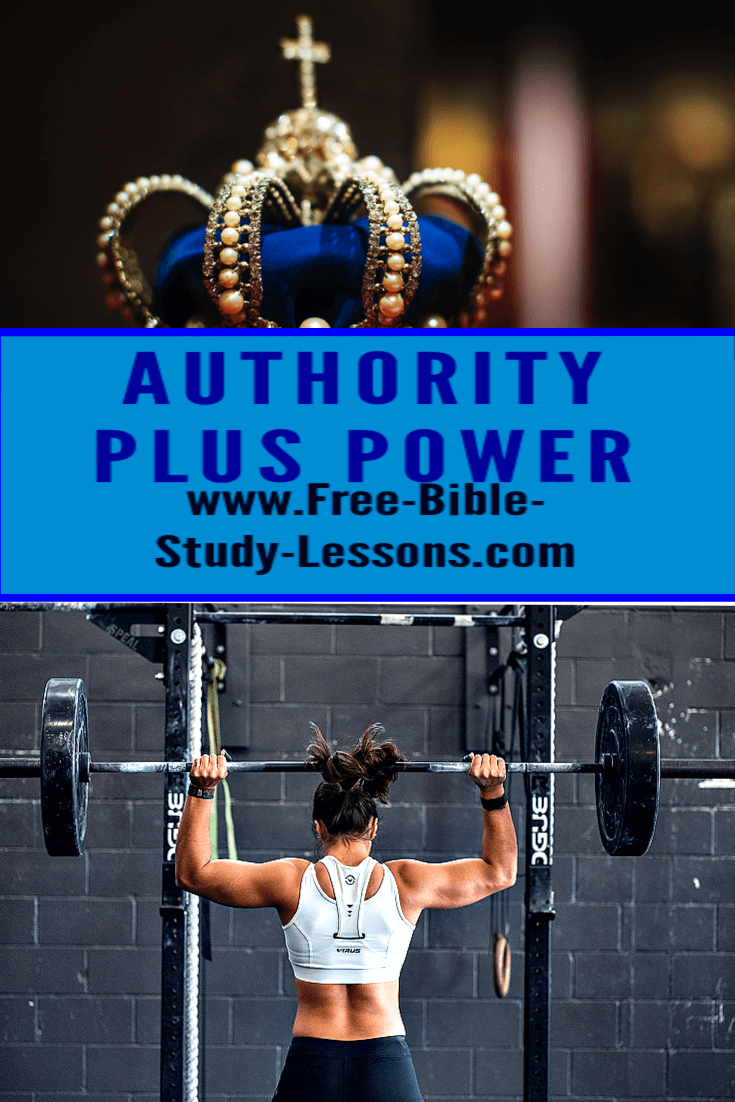 The word that more modern versions translate as authority is the Greek word ‘exousia’ [ex-oo-see-ah].  It means the power of choice, the freedom to do as one pleases, mental or physical power, the power of authority and right, the power to rule.  We could look at this as the right to rule or act in a certain way.  This word is used 103 times in the New Testament and the KJV translates it as ‘power’ 69 of those times.  John uses this word 6 times in his gospel and 19 times in the Book of Revelation.

Authority and power work together.  If a person has authority but not power, they may have the legal right to act but they do not have the ability to enforce their authority.  For example, the captain of a ship has the right to issue orders to the crew, but if he doesn’t have power he might face a mutiny.

If a person has power but not authority then they can become bullies and abusive.  Every criminal act is an abuse of power without authority.  A home owner has the authority over his or her home but a thief - which can be the government - may have the power at a given point in time.

Satan’s kingdom is run from a power base.  Christ stripped him of the authority Adam had given him.  He has no authority over this world or the people in it.  He is a terrorist trying to use brute force to assert his will.

God’s kingdom is run on the principle of authority.  God has the absolute right to rule.  He delegates some of His authority to others and requires that people respect His appointed authorities.

Because we have been given authority, we have the right to act over everything Jesus has given us authority for.  We then have all the power of heaven behind us to enforce our actions.  We have the authority to dismantle every work of satan and the power with which to do it.

When it comes to the believers authority, there is no question.  Every demon up to satan himself knows the authority each Christian has and the power of enforcement that is behind it.  Their only hope is running a bluff or con game to trick believers into not acting according to their authority.  You do not want to get into a power struggle with the forces of evil.  They will win, which is why they try to make it a power struggle.  We have to stand in the authority of Christ.

Jesus has given us a job to do: make disciples.  In other words, we are to implement His victory in every part of the world and in every area of life before His return.  He has given us both the authority and the power to accomplish the mission.  This is part of what we study in our newly released course, Understanding The End Times.  You really should take it.

One thing I should mention, and we will look at it in more detail later, is that in order to exercise authority you have to be in submission to the One who delegated the authority.  Many Christians fail, because in reality they are in rebellion to the law of King Jesus.  A Christian cannot live in independence and rebellion and expect to be able to use the authority and power of Christ.  God is merciful, but He will not be mocked.  And, again, we study the ways of God in our Biblical Law courses.