Sarah was protected by God in a supernatural way.  I am sure she must have been shocked when, as they were about to leave for lands unknown, her husband asked her to tell the people they met that she was his sister not his wife.  They both knew she was a beautiful woman and sometimes rulers of countries murdered husbands in order to add their wives to the ruler’s haram.  It was a very real danger, still it was a betrayal by her husband.  She had every right to expect him to protect her to the best of his ability.  Instead, he was asking her to sacrifice herself in order to protect him.  It was the complete reversal of the way things were supposed to work. 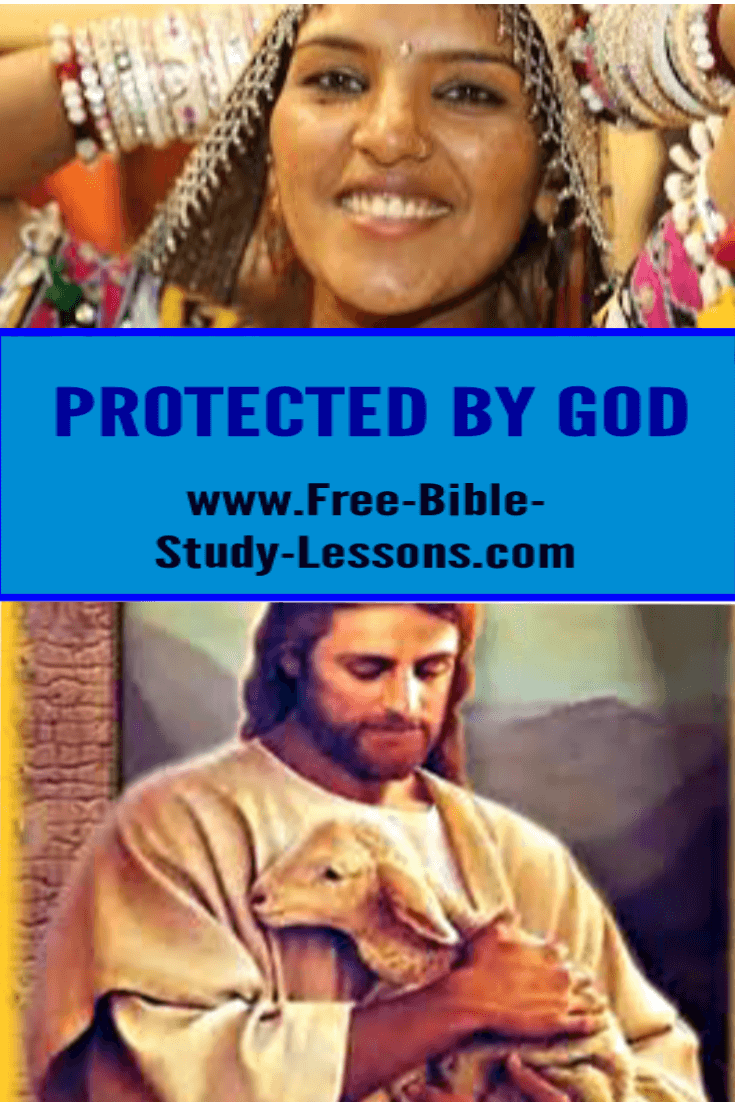 Although I am sure she was deeply hurt by his request, she obeyed.  Everywhere they went she said she was his sister - which would also have required the cooperation of a growing number of servants.

Sure enough on two different occasions with two different rulers the situation came up.  Each time Sarah kept her word as she was taken to the haram to become the wife of the king.  Both times she was protected by God as He appeared to the kings in a dream warning them not to touch her, to return her to her husband and threatening dire consequences if they did not.  Both times the kings complied, rebuked Abraham for his deception and upheld Sarah’s innocence of any wrong doing.

This is what we call “the happy ending.”  Sarah was protected by God and everything turned out alright in the end.  Yet we know that the traditional “happy ending” does not always happen for God’s people.  The roll of martyrs grows every year.  Christians lose their jobs, endure assaults, face family rejection and more simply for their faith.  Why are they not protected by God?  Does God have favourites?  Or have they missed something?  Why doesn’t everyone get a “happy ending?”

Not Protected By God?

Actually every Christian does get a “happy ending” just not from a temporary human perspective.  Consider Jesus.  He ended His earthly life being tortured and then crucified.  Where was the protection of God then?  If He had been protected, then salvation would not have been possible.  Yet was that really the end?  Of course not.  Did Jesus have a “happy ending?”  We know He did and by faith we know every child of God has a happy ending - it just does not always appear that way to earthly eyes.

So what makes the difference on whether God intervenes in this life or not?  There may be several factors, but the primary one is the purpose of God.  God has a purpose for each one of His children.  In Sarah’s case she was to be the mother of Isaac [and nations] through whose line ultimately the Messiah would come.  That could not happen if she and Abraham were separated.  The protection of God worked to overcome all obstacles.

In the case of Jesus, everything that happened was necessary for bringing salvation to a lost and dying humanity.  It has been said that “the blood of martyrs is seed.”  Persecution many times spreads the gospel to bring the life of God to others [although it should be noted that nowhere in Scripture does it say the persecution is necessary for the expansion of the Kingdom of God].  Sometimes it is as people see Christians suffering without denying their Lord that hard hearts are broken and the love of Christ can come in.  When the people of God suffer patiently the spiritual forces of Hell are embarrassed and the Glory of God is upheld [remember Job].

We know that God loves His people.  He does not allow them to suffer any unnecessary pain.  We don’t see why some things are required from our limited often emotional perspective.  That is where faith and trust come in.  We are in a war and no war is successfully waged without sacrifice.  Sometimes we will see the supernatural intervention of God in our lives, sometimes we may not.  The three Hebrew children did not know whether God would save them or not, but either way they were determined to remain faithful [Dan. 3].  Likewise, we are to remain faithful, knowing God is faithful and we are protected by God.  Nothing can happen that He does not allow for the expansion of His kingdom and our ultimate benefit.  If not in this life, certainly in the one to come all God’s people will have a “happy ending.”