The Word Of Their Testimony

They triumphed over him by the blood of the Lamb and by the word of their testimony; they did not love their lives so much as to shrink from death.  Rev. 12:11, NIV

We often take this verse on a purely personal level.  In Western society particularly, we are individualistic.  We tend to think in terms of ourselves.  So when we come to verses like this we think of achieving personal victory over satanic forces and attacks in our own lives.

When we look at the term “word of their testimony,” we think about telling other Christians, or perhaps unchristian friends, about what God has done for us personally.  Of course, there is nothing wrong with that.  It builds our faith, the faith of other Christians and may get our unChristian friends thinking about God.  All good things to do.

But is that what this section of Scripture is talking about?  Many Scriptures have what I call primary and secondary applications.  A primary application is what the Scripture actually means from the context, the intent of the writer under the direction of the Holy Spirit and the overall theme of Scripture.  This is the meaning that we must know and understand which prevents us from abusing Scripture for private interpretation [2 Peter 1:20] and misinterpretation.

Secondary applications are additional things we can learn and apply from the Scripture which, although they may not be directly connected to the primary meaning, they do not contradict it.  They often grow out of a further or more specific application of the Scripture.  They certainly must be in line with the general teaching of Scripture on the topic. 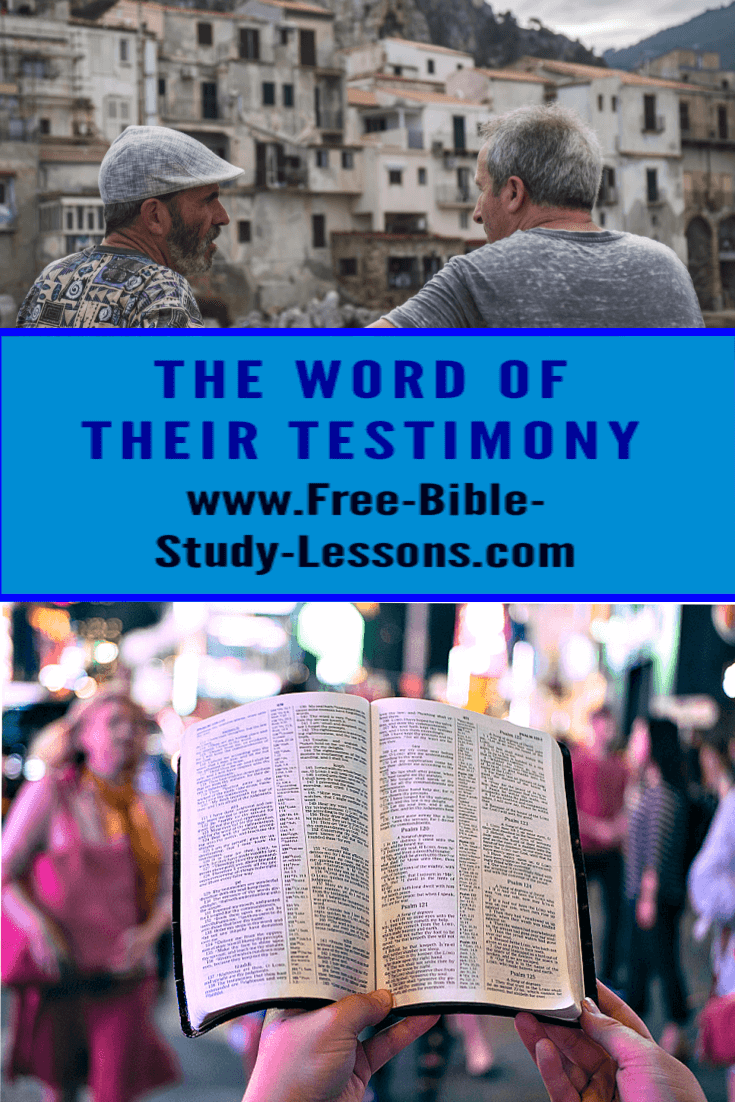 An example of this is:

This portion of the verse is often used as a missionary appeal.  People who do not have the gospel presented to them perish.  True statement; however, it is a secondary meaning.  Let’s look at the entire verse:

Where there is no vision, the people perish: but he that keepeth the law, happy is he. Pr. 29:18, KJV

The primary meaning of this verse is not the salvation of the ungodly.  The word “people” is referring to a group of people collectively, occasionally this word is translated as “nation.”  So when a group of people [or nation] loses a vision of God’s law they perish, but if they keep God’s ways they are happy.  Today, even many Christians have lost a vision of God’s law and society is perishing under satanic regimes which oppress and destroy people.

Is the missionary appeal meaning wrong?  No, but that is not the main thrust of this verse.

A secondary meaning can also come from the Holy Spirit making a personal application to your heart.  He may say something from a verse or even a phrase that sparks a revelation in your heart.  It may not even have anything to do with the primary application, but it will not contradict it or any other primary teaching in Scripture.

So with all that in mind, what is the primary meaning of ‘the word of their testimony?’

The word used for ‘testimony’ is used 33 times in the New Testament, 26 of those time are in books written by John.  The actual word can have a legal or generic meaning.  John, in his gospel uses the word ‘testimony’ to relate to John the Baptist and others who testify to Who Jesus is.  John 8:17 links this to the legal testimony of two witnesses to establish evidence [Deut. 17:6].

Now let’s consider the context of the verse.  No matter how you understand Revelation, in Chapter 12 we have satan seeking to destroy God’s people and specially the Child.  He is thrown out of heaven and makes war on God’s people.  The people of God attain victory through the blood of Christ, the word of their testimony and being willing to give up their lives for the cause of Christ.

So what is this testimony?  While it includes the testimony of what Christ has done in our lives individually, it is much more than that.

If the first century Christians had merely been sharing their personal experiences among themselves and their friends, the Roman government would not have cared too much.  Over all they were very tolerant of various religions.  What they did insist on was that Caesar is Lord.

To the Christians that was false and offensive testimony.  The Christians gave evidence [testimony] through their words, actions and lives that Jesus is Lord - and not just Lord in some convenient immaterial ‘spiritual’ realm expressed in the quiet confines of church meetings.  Jesus was not just some personal devotional or motivational Figure.  Jesus is Lord.  Lord of the political realm.  Lord of the business realm.  Lord of sexual standards.  Lord of the family.  Lord of absolutely everything.  That the Romans could not tolerate…and neither has any satanic realm from that time to this.

Christians, then and now, are martyred because they have been redeemed by the blood of the Lamb, they give evidence that Jesus Christ is supreme Lord over EVERYTHING and they refuse to back down from that position even if it means their lives.

To the satanic realm this is confrontational and war.  Satan cares very little if Christians are sidetracked from society and content with telling each other how good God is.  But start giving testimony that the kingdom of darkness is defeated in every realm, that the Kingdom of God has come in power to manifest the Lordship of Jesus Christ in every realm, and that the ‘powers that be’ had better bow the knee to Jesus Christ and ‘all hell will break loose.’  Safe Christianity is not what these Christians were engaged in. 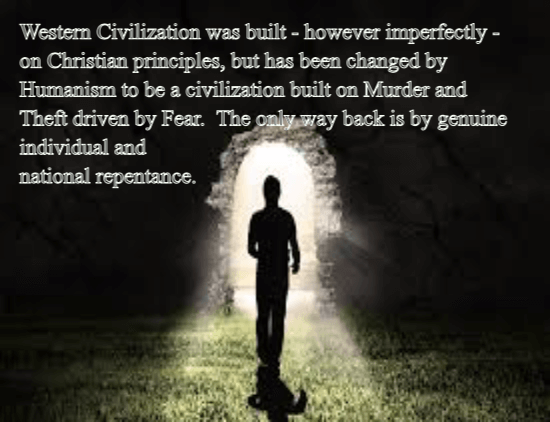 Does that mean that we aggressively oppose political rulers, business leaders and others who are actively promoting the kingdom of darkness [whether they realize it or not]?

As Paul said in Ephesians 6, we recognize that these people are pawns of the dark forces, not the initiators of evil [that does not absolve them of responsibility, however].  There are two major ways Christians fight this war.

1.  We preach the gospel of the good news of Jesus Christ.  This is done both publicly and privately person-to-person.  As more people accept Jesus Christ as Lord and live accordingly the manifestation of the kingdom of darkness is reduced in every sphere of operation.

2.  We live our lives with Jesus as Lord.  We do not engage in the pursuits and desires of the world.  Our lives become a testimony to the fact that Jesus is Lord over everything.  The kingdom of darkness hates this.  It reminds them that they are defeated, they do not ultimately control anything and there are a growing number of people who give evidence of that fact.

Sometimes civil disobedience becomes necessary.  We don’t burn incense to Caesar.  We don’t violate the Word of God.  We operate out of respect and try to live in peace, but we do not compromise on core issues.

Conservative Christians are often suspicion of social justice activities as trying to fix the world through human actions rather than the gospel of Jesus Christ.  Sometimes this is justified, but many times it just pushes Christianity into a “spiritual’ religion that is irrelevant to practical issues.  Our foundation is always salvation through the blood of Jesus Christ alone.  It is only the Holy Spirit that can change the hearts of people.

However, if we truly belong to Christ and have a comprehensive view of His Lordship and the Kingdom of God, then were are going to work to help the poor, the oppressed and work to see true justice prevail.  There is a place for opposing the tremendous evils with which our world is faced.  God loves the whole world and He is not going to abandon any part of it to the forces of satan.  The victory of Jesus Christ on the cross is as comprehensive as the Creation…and that is the Word of our Testimony.