Can The Results Of Evil Be Used For Good?

Evil people do evil things.  Is it right to use something that originally came from a sinful act for good?  This is a tough question, and ultimately, a person must decide from their study of the Word of God and relationship with Jesus Christ what the correct action is.

Before we look in detail at the issue of evil for good, we should be clear on a related question.  Is it ever right to do evil in order to get a good outcome?  In other words, can the end justify the means?

The Apostle Paul was accused of that very thing.

Why not say—as some slanderously claim that we say—“Let us do evil that good may result”? Their condemnation is just!  Rom. 3:8, NIV

Paul is clear.  The end does not justify the means.  Both the end and the means must be good.  The Nazi doctors who experimented on their unwilling victims to increase medical knowledge were evil men doing evil acts.  The knowledge they gained does not excuse their actions.  They are justly condemned.

It should be noted that sometimes things that are wrong in most situations are not wrong in every case.  Ambulance or Police personnel can break the speed laws on the way to an emergency, but not in normal driving.  See our article on Responsible Lying as well.

Now let’s get back to our main question:  Can the results of evil be used for good?  There are many modern-day practical examples of this, some of which we will look at below. 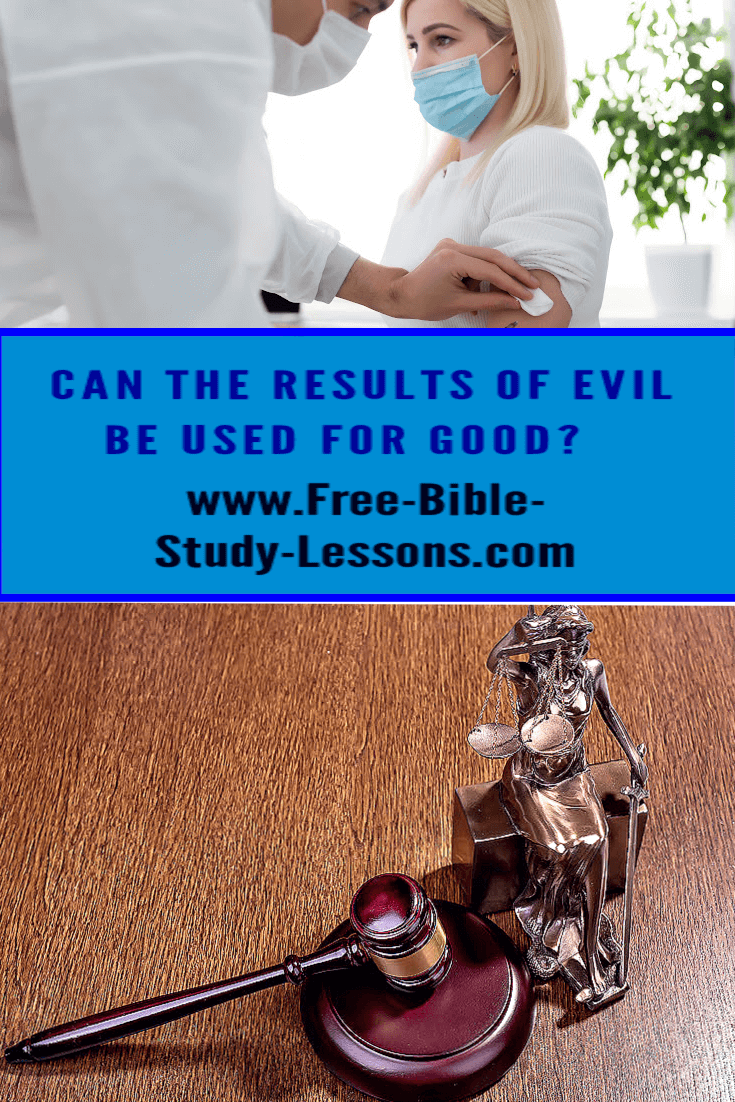 Let’s start, where we should always start, by looking for a Biblical principle which answers our question.

Some, to be sure, are preaching Christ even from envy and strife, but some also from goodwill; the latter do it out of love, knowing that I am appointed for the defense of the gospel; the former proclaim Christ out of selfish ambition rather than from pure motives, thinking that they are causing me distress in my imprisonment.  What then? Only that in every way, whether in pretense or in truth, Christ is proclaimed, and in this I rejoice.  Phil. 1:15-18, NASB

When Paul thought about people preaching the gospel from selfish, greedy, and impure motives. he was still happy that the gospel was being preached.  Their actions and intent may have been evil, but people were going to hear the gospel who might never have heard it otherwise.  Notice that Paul was not condoning or justifying their motives.  He was not saying that the way they were doing things was ok because of a possibly good result.  He acknowledged that their actions were evil, but did not refuse to accept the good that could come out of those actions.

The classic example of this is Joseph.  His brothers threw him into a pit, planning to kill him.  Later they changed their minds and sold him as a slave.  He spent fourteen years either as a slave or in prison falsely accused because of their evil actions.  Yet what was his conclusion?

But Joseph said to them, “Do not be afraid, for am I in God’s place?  As for you, you meant evil against me, but God meant it for good in order to bring about this present result, to keep many people alive.  So therefore, do not be afraid; I will provide for you and your little ones.” So he comforted them and spoke kindly to them.  Gen. 50:19-21, NIV

Joseph acknowledged their evil act.  They had sold him into slavery.  They had ignored or mocked when he had pleaded for mercy.  What they did was wrong.  It was inexcusable.  Yet Joseph looked beyond their act and saw the good that God brought out of it.

Have you ever thought about Jacob?  What was his response to this?  If he was like some people today, when his sons confessed and told him that Joseph was the ruler in Egypt and wanted him to come down there, he would have responded something like: “You did great evil.  I cannot benefit from that.  I am going to stay here in Canaan and starve to death rather than take advantage of the result of your evil.”  Is that what he did?  No, the whole family packed their tents and moved to Egypt to be with Joseph and saved from famine.

The ultimate example is Jesus Christ.  It was in wickedness that Judas betrayed innocent blood.  It was evil that the Jewish leaders and people demanded His crucifixion.  It was horrendous that the Romans tortured Him to death.  And if we are going to be honest, it was the evil in us which hung Him on that tree.  No Christian excuses the evil behaviour that led to the crucifixion or his own complicit evil behaviour, yet no Christian refuses the salvation that came out of those inexcusable acts.

Can The Results Of Evil Be Used For Good?
Examples

In a court of law, the evidence must be obtained legally, or else it is the ‘fruit of the poisonous tree.’  This simply means that it is inadmissible in court.  This rule was established in the US in 1920.  In the unGodly court systems of today, everything is about how you play the game.  True justice is secondary at best.  In a Godly system, the primary concern is the guilt or innocence of the accused.  But if all evidence is allowed, would that not tempt police officers and others to break the law or do evil to obtain evidence?  It might.  However, if a person breaks the law to obtain evidence, they should be punished for their violations.  That does not negate the evidence.  The good that could come out of their evil - for which they should be prosecuted - is an innocent person could be set free or a guilt one punished.

Rape is a terribly wicked thing.  But what if a child is conceived in this horrible violation of a woman’s being?  Should the child be murdered because he or she was conceived in this inexcusably evil way?  There are children [and mothers] who give testimony to the fact that something good was made out of one of the most terrible acts that a human being can commit.  As we have written elsewhere, it is not the child that should be put to death but, in most cases, the rapist.  If the mother does not want the child, he or she can be put up for adoption.  We can accept the good person that came from the evil act. 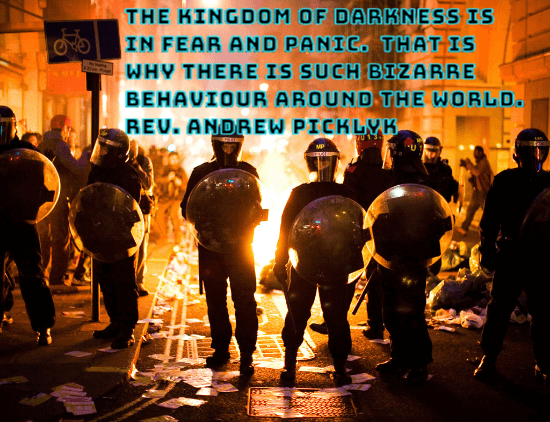 Another example is the controversy surrounding the “abortion-tainted” Covid-19 vaccines.  Some people are refusing to take the vaccine on the basis that it was tested on a cell line from an aborted baby.  We should all agree that abortion is murder.  The cell line used is many generations removed from the original cells [1985 being the latest I know about].  Can good come out of an evil act?  Yes.  Do we have to reject the good because the original act was evil?  If accepting the good would condone the evil act or inspire further acts of evil, then the answer would be Yes.  However, if we are not condoning or inspiring evil, we can accept the good that comes from an evil act as we have seen above.

The babies in question were not killed to get their cell lines.  They would have been murdered anyway.  Does this use of the cell line support current or future abortions?  No.  The good that came from the horrible crime committed against these children is the potential to save a vast number of human lives and relieve pain in multitudes of others.  Does this justify their murders?  Of course not, but it does allow good to come out of evil.

I am not making a statement for or against the Covid-19 vaccines, only that the “abortion-tainted” reason for not taking them is, in my opinion, invalid.  However, if you are going to use that reason, then you need to be consistent.  See quote below.

“RNA vaccines discussed above have yet another advantage in not using fetal cell lines for culturing the vaccines. Such vaccines are less ethically tainted. The two main C19 vaccines in the USA are Pfizer and Moderna, which are RNA vaccines.

However, they did use the HEK-293 for testing early on as proof of concept. But if we were to oppose the vaccines because they were tested on cell lines descended from an unborn baby, then we would have to abandon just about every medicine on the market. For example.

Quote from CMI, vaccines, and vaccination by Jonathan Sarfati

We live in a sinful world.  We do not excuse, condone or promote sinful actions even if they lead to good in the end.  The end does not justify the means.  We can, however, redeem evil acts and bring good out of them.  God does that in our lives - take what people mean for evil and turn it into good.