In the following paragraph there are nineteen books of the Bible hidden.  They may be anywhere in a word or you may find them by combining the end of one word with the beginning of the next.  Have fun. 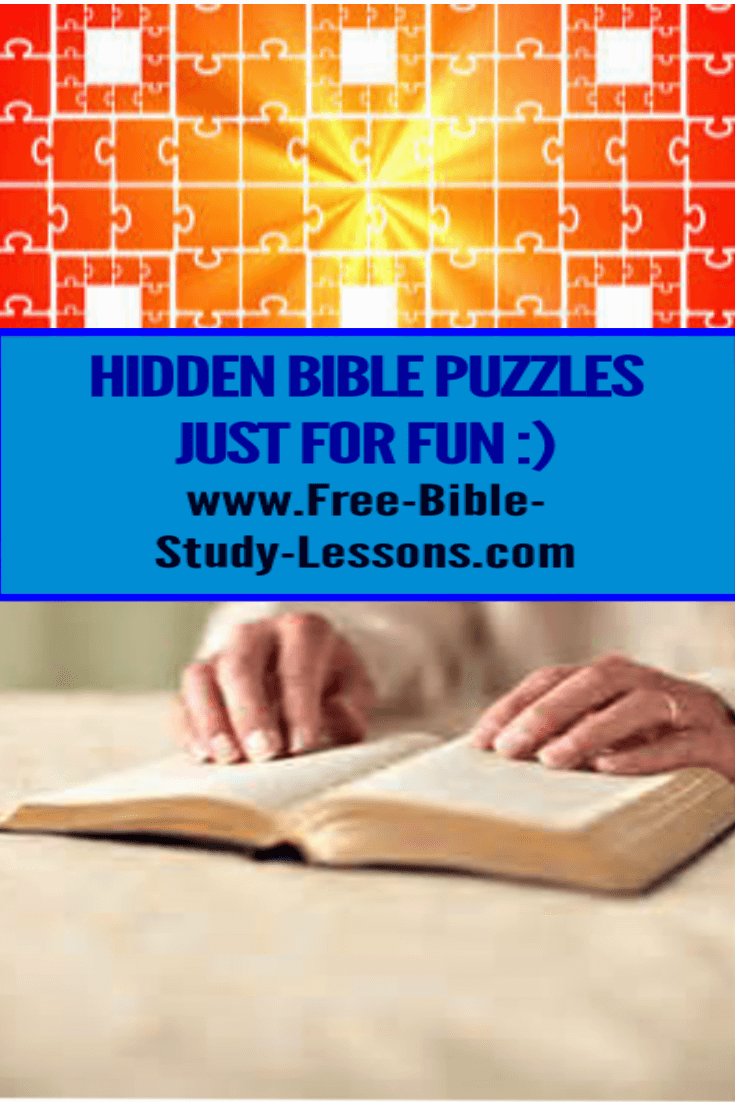 Someone showed me this story and remarked that there are nineteen books of the Bible hidden in it.  He challenged me to find them and, sure enough, they’re all here.  But this thing’s a real lulu, kept me looking so hard for the longest time.  Some of you may get bogged down with the facts, others are hit by them like they are some kind of revelation, or something.  You may get in a jam, especially since the names are not capitalized and sometimes leap between words.  This makes it a real job to find them but it will prove a most fascinating few minutes for you.  Yes, there are some really easy ones and you’ll spot them right away, but don’t get a big head because, truthfully, you’ll son figure that it would take most federal judges and preachers numbers of hours to find the all.  I will admit that it usually takes a minister to find one of them and that it’s non uncommon for there to be loud lamentations when it is pointed out.  One lady told me that when she is confronted with puzzles like this, she brews a cup of tea to help here concentrate better, but then, this gal is a real pro.  Verbs, nouns and all that stuff are her thing.  See how well you can compete.  Relax, there really are nineteen names of Bible books in this story.  If you fail to find them, however, there is a penalty.  You’ll have to go fly a kite, sit on a banana, hum “The Battle Hymn of the Republic,” or hose a mean dog.  Go for it!

Answers [Don't peek until you have done your best!]

Got the idea?  Ready for a short story with 30 books of the Bible hidden in it?  Away you go...

There are thirty books of the Bible in this short story.  Can you find them?  This is a most remarkable puzzle.  It was found by a gentleman in an airplane seat pocket, on a flight from Los Angeles to Honolulu, keeping him occupied for hours.  He enjoyed it so much he passed it on to some friends.

One friend from Illinois worked on this while fishing from his john boat.  Another friend studied it while playing the banjo.  Elaine Taylor, a columnist friend, was so intrigued by it she mentioned it in her weekly newspaper column.  Another friend judges the job of solving this puzzle so involving she brews a cup of tea to help her nerves.  There will be some names that are really easy to spot.  That’s a fact.  Some people, however, will soon find themselves in a jam, especially since the book names are not necessarily capitalized.

Truthfully, from answers we get, we are forced to admit it usually takes a minister or scholar to see some of them at the worst.  Research has shown that something in our genes is responsible for the difficult we have in seeing the books in this story.  During a recent fund raising event, which featured this puzzle, the Alpha Delta Phi lemonade booth set a new sales record.

The local paper, The Chronicle, surveyed over 200 patrons who reported that this puzzle was one of the most difficult they had ever seen.  As Daniel Humana humbly puts it, “The books are all right here in plain view hidden from sight.”  Those able to find all of them will hear great lamentations from those who have to be shown.

One revelation that may help is that books like Timothy and Samuel may occur without their numbers.  Also, keeping in mind, that punctuation and spaces in the middle are normal.  A chipper attitude will help you compete really well against those who claim to know the answers.  Remember, there is no need for a mad exodus, there really are thirty books of the Bible lurking somewhere in this paragraph waiting to be found.


Answers [Don't peek until you have done your best!]