Were People Innocent Of Sin Before The Law?

Does Paul teach that people were innocent of sin before the Law of Moses?  What does Paul mean in Romans 5:13 where he says:

[12] Therefore, just as through one man sin entered into the world, and death through sin, and so death spread to all men, because all sinned— [13] for until the Law sin was in the world, but sin is not imputed when there is no law.  [14] Nevertheless death reigned from Adam until Moses, even over those who had not sinned in the likeness of the offense of Adam, who is a type of Him who was to come.  Rom. 5:12-14, NASB 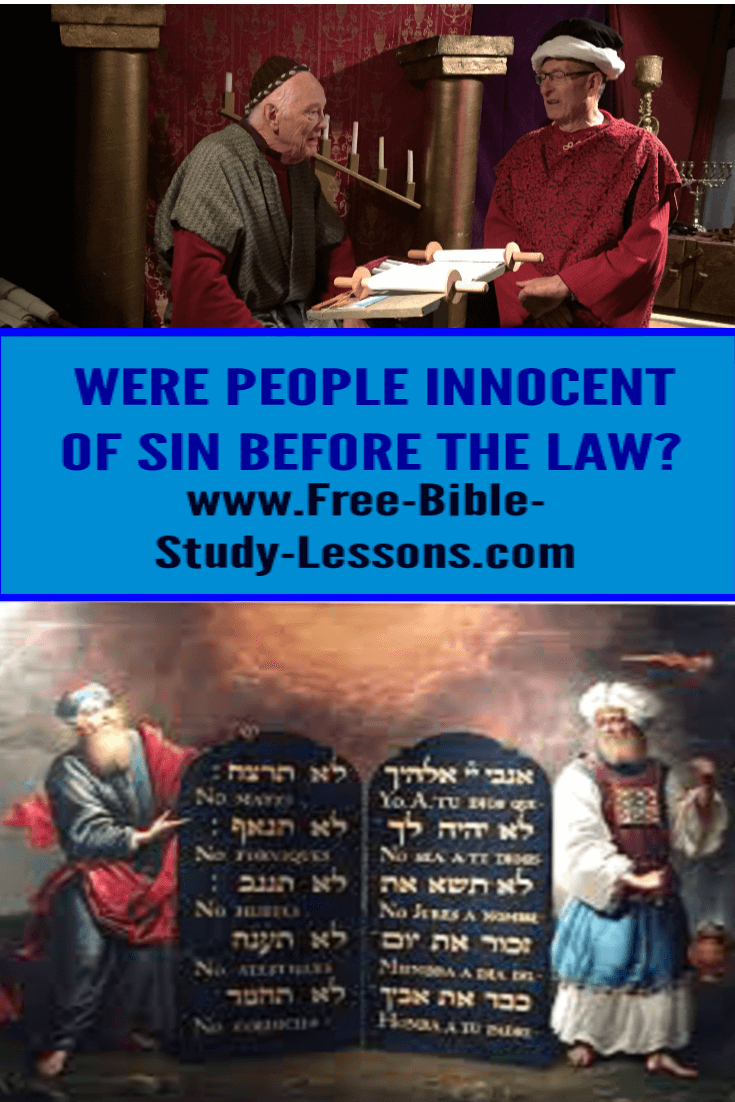 From just reading verse 13 it would appear that people were innocent of sin until the Law was given to Moses.  Is that the correct interpretation?

Let’s begin with this word “imputed.”  It is the Greek word “ellogeo” [Strong’s #1677].  It is only used twice in Scripture.  Once here and once in Philemon where Paul tell him to “put [ellegeo] that on my account.”  This word means basically to charge to an account.  In other words, it is like when I go into a store and pay by debit or credit card.  I am telling them to charge my account whether I am purchasing something for myself or on behalf of someone else.

It still sounds like this verse is saying that until the Law of Moses people were innocent of sin in their personal account, although they died because Adam let sin into the world.  But let us dig deeper by asking some questions…

Does this interpretation fit with what we know from established Scripture?

Was there no law between Adam and Moses so that people were innocent of sin?

Who Is Romans [and especially Romans 5] talking to?

What is the context?

Does This Interpretation Fit
With What We Know From Established Scripture?

If this verse has the above definition, it would mean that in the time between Adam and Moses people died because of Adam’s action, but they were innocent of sin for personal actions.  Is that what we find during that time period?

Cain committed the first murder [Gen. 4].  Did God charge that sin to his account?  Yes, he was banished and the ground would not be productive for him.  Considering that he was a farmer, his basic livelihood was taken away from him.  And notice, this was a specific punishment God Himself gave, not simply a natural consequence of sinful actions.

In Genesis 9:5-6 God requires capital punishment for murder.  This is definitely a personal judgment for personal actions.

Sodom and Gomorrah were judged very wicked [Gen. 18].  Their sins reached to heaven and brought God down.  He very definitely imputed their sins to them [although He would have spared everyone if there were 10 righteous found in the combined cities].  Judgment reigned down and they were totally destroyed.

Of course, the greatest example in all world history happened before the Law of Moses: the Flood.  In Genesis 6, the entire world population, with the exception of Noah and his immediate family, was judged and destroyed.

So we see that sin was imputed and judged before the giving of the Law of Moses.

Was There No Law Between Adam And Moses
So That People Were Innocent Of Sin?

The first law, of course, was the very specific instruction not to eat of the Tree Of The Knowledge Of Good And Evil [Gen. 2:17].  One Law, One Rule and it was Adam’s breaking of this law that invited sin and death into the universe.

But what about more specific laws?  As we can see from below, many, if not all, of the general laws written down by Moses had previously been given orally - probably to Adam and Eve after the Fall in order to train future generations.  Sound like just a guess?  Consider…

God specifically established [or re-established?] capital punishment for murder after the Flood [Gen. 9:5-6].

God prohibits the eating of meat with blood in it in Gen. 9:4.

There must have been laws against adultery that were generally recognized as both Pharaoh [Gen. 12:10-20] and Abimelek [Gen. 20:1-18] acknowledged.

Judah and Tamar clearly understood the duty of the brother-in-law of a widow in a childless marriage.  Compare Genesis 38 with Deuteronomy 25:5-10.

Obviously the generation of the Flood and Sodom and Gomorrah could not have been judged wicked unless there was a known standard of law in place.

Also consider that some law codes written before Moses are similar to the Mosaic Law indicating a common source, perhaps going back to a revelation given to Adam and Eve and applicable to all mankind.

The idea that the Law began with Moses and Mount Sinai is false.  The details of a structured worship [i.e. tabernacle] and specific examples of the practical application of Laws were given to Moses as the necessary instruments of moving from a loose tribal system to an organized national system.  Much of what we think of as the Law of Moses was already known and practiced [or violated!].

Who Is Romans [And Especially Romans 5] Talking To?

First, the entire Book of Romans is written to the Christians in Rome.

Second, Paul also addresses those who judge others for sins they themselves are committing [Rom. 2:1-4] and Jews who rely on the Law for salvation [Rom. 3:17-21].

Third, Romans Chapter Five is to those who have been justified and reconciled to God [Rom. 5:1, 9].

What Is The Context? 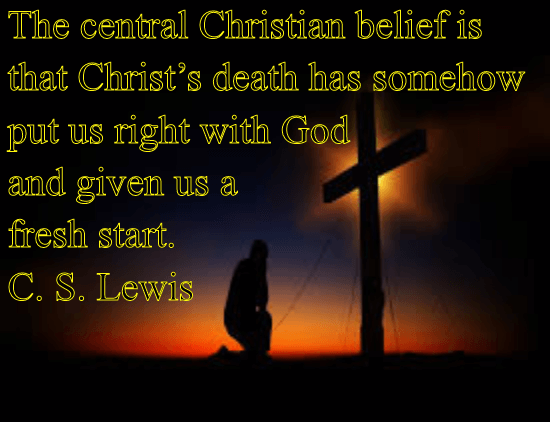 Romans Chapter Five begins with a “therefore.”  When we see a “therefore” it is always good to see what it is “there for!”

What Paul is about to say in Chapter Five is because of what he has just finished establishing, namely that the law can never give us salvation or qualify us for the promises of God.  Everything we have is based on faith through God’s grace.  We are made righteous by faith in the death and resurrection of Jesus Christ - nothing else.

Because the above is true [going into Chapter Five] we have peace with God.  We are saved, justified and reconciled because of Jesus.

In our verses Twelve onward Paul explains the “why” that this was necessary.  Adam, as the representative of the human race, deliberately sinned. The result was that sin, with its consequence of death, came into this universe and so all people die - not because of personal sin, but because of Adam’s representative sin.  However, since Adam could represent us into sin and death, Jesus Christ, as the new Adam, could represent us into righteousness and life.  Because one is true, the other is also true.  Christ’s righteousness and life is far greater than sin and death.

Paul is actually establishing the fact that sin was imputed or put to the account of those who lived between Adam and Moses.  Consider:  Even before the Mosaic Law was given sin was in the world.  Where there is no law, sin is not imputed.  We know sin was imputed; therefore, there must have been law.  In spite of that, death reigned over everyone - even those who did not deliberately break a law as Adam did.  So keeping or breaking the law did not effect the final death penalty created by Adam’s disobedience.  It is then also true that keeping or breaking the law does not effect our salvation and justification through Jesus Christ.