Life Happens...
Then What?

Then Esther sent this reply to Mordecai:  “Go, gather together all the Jews who are in Susa, and fast for me. Do not eat or drink for three days, night or day. I and my attendants will fast as you do. When this is done, I will go to the king, even though it is against the law. And if I perish, I perish.”  Esther 4:15-16, NIV

Esther was a young woman who knew pain and disappointment.  Sometime in her youth she had been separated from her parents - probably they had died.  If they had died in the invasion of Israel, she may have even witnessed their deaths.  In any case, she was raised by an uncle who loved her. 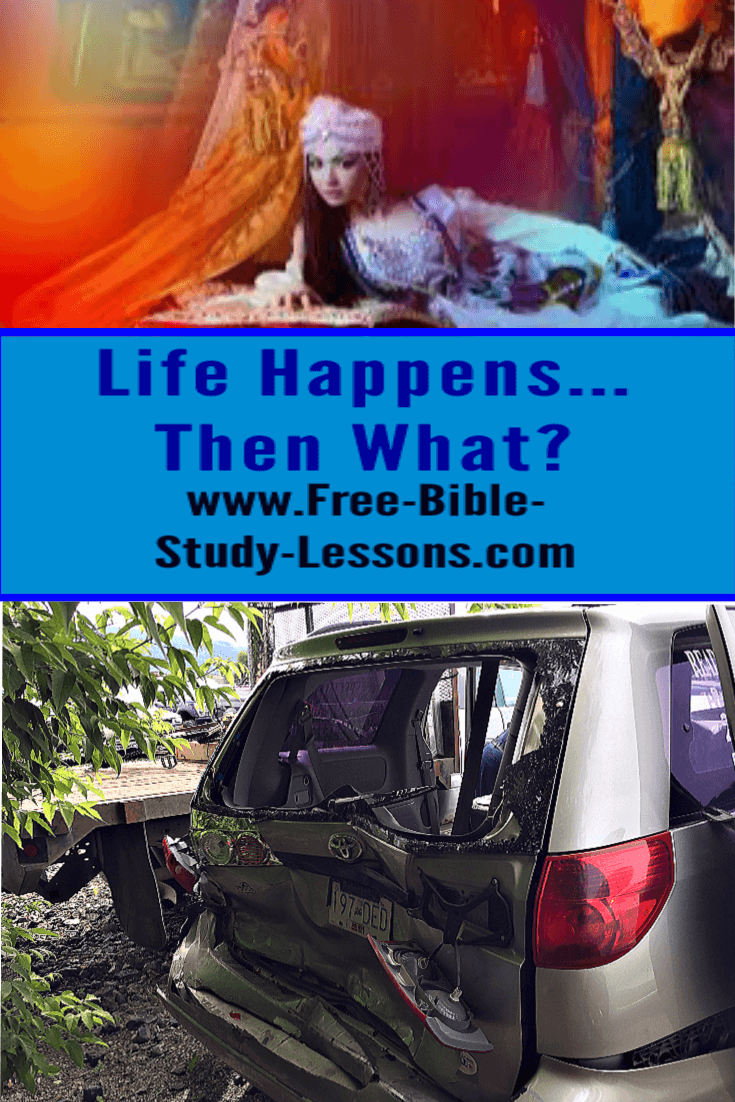 Like any young woman, she had her dreams for a happy married future - children running around the house [maybe even the future Messiah?] and a loving husband to care for her.  Those dreams were shattered when she was chosen to be a prospective bride for the king.  Even if she were not the chosen one, there would be no going back.  Life happens...

Just as when she had been separated from her parents, she had to learn to put her past and dreams behind her and look to a new future.  Life can change in an instant and we have to be able to adapt to new challenges - death of a loved one, being fired, sickness, financial loss, etc.  Things out of our control can happen quickly and we either leave the past or are destroyed by it.  Esther could courageously leave her dreams behind and face the future knowing that God was still in control.

Then, when everything seemed to be going well, another upset happened.  She became the only person who could stop the Jews from being exterminated.  But in order to do that, she would have to risk her own life.  Again, through no fault of her own, she was forced into a situation over which she had no control.  Her only choices were to keep quiet and watch her people murdered or risk her life with the king.  Life happens...what do you do?

Notice, that when Esther reached a decision on what to do, she did not just rush into the king hysterically begging for his help.  The first thing she did was go to God and ask others to go to God on her behalf.  She wanted to be prepared spiritually before taking action on a physical level.  We need to learn from her example.  Being prepared spiritually is a vital first step especially when we have hard choices to make.

After that, her course was set.  She did not know what the consequences would be, but she knew what she had to do.  Sometimes we are faced with difficult choices.  Doing the right thing could cost us our spouse, our family, our job.  We have to be spiritually prepared, make the right choice in faith that God is still in control, and accept the consequences whatever they may be.  Integrity is not cheap.