Now bands of raiders from Aram had gone out and had taken captive a young girl from Israel, and she served Naaman’s wife.  She said to her mistress, “If only my master would see the prophet who is in Samaria! He would cure him of his leprosy.”  2 Kings 5:2-3, NIV

As I was thinking about this amazing young girl, I realized she never got a miracle.  Here she is, captured by her enemies, maintaining a positive attitude, serving to the best of her ability, and willing to help those who had enslaved her, but there is no record that she received a miracle of deliverance…. or any other kind.  As far as we know, she served in Naaman’s household the rest of her life. 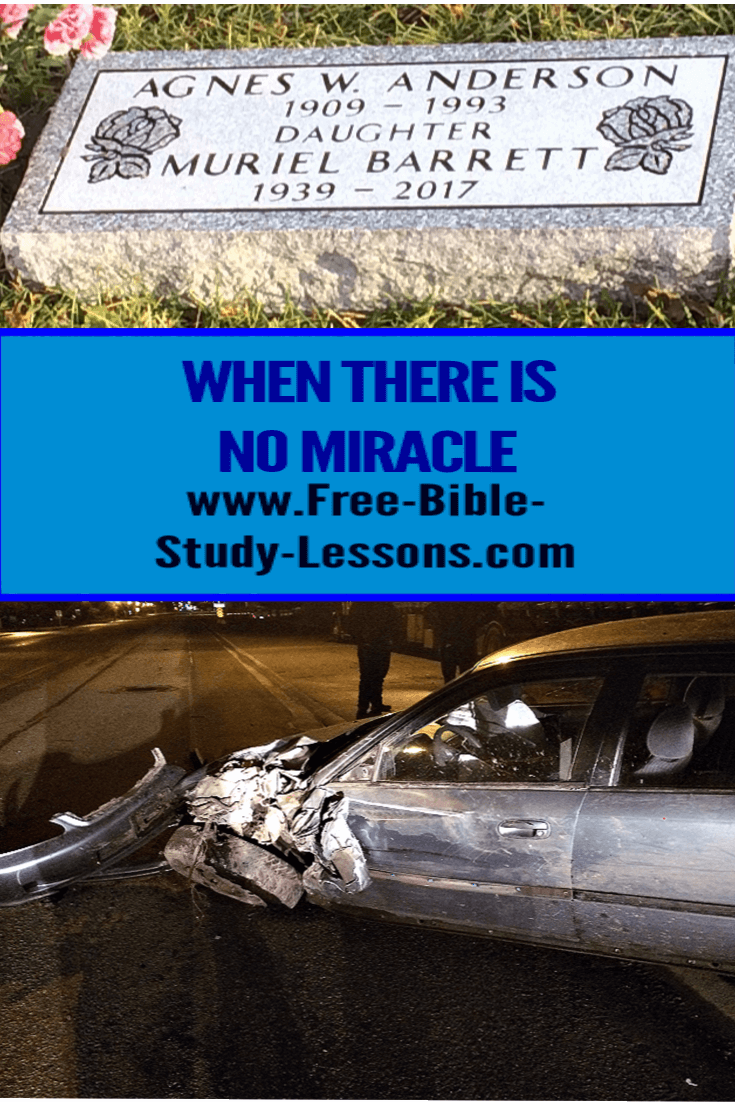 How unlike Joseph.  He went through severe testing for 13 years and yet ended up as the second highest ruler in the most powerful nation in the world.  Job, likewise, had a terrible time of it, yet ended up with twice as much as he began with.  Paul and Silas sang after being beaten and thrown into prison, and God rocked the prison to release them.

But what about this young girl?  Why did she receive no miracle?  The answer to that we will probably never know, at least not until we can talk to her in heaven.

What we do know is that she was, even at her young age, committed to God.  She understood that God was in control of her life.  She knew that ultimately she was serving God; therefore, she wanted to do everything that was put before her joyfully and well.  She had set the course of her life to follow God even if she was kidnapped to a pagan country.  Her heart was fixed… even if God never gave her a miracle.

This also reminds me of the three Hebrew children in the book of Daniel.  I’m sure you remember the story [ Dan. 3].  Nebuchadnezzar had declared that anyone who did not bow down and worship his image would be thrown into a fiery furnace.  Think carefully about how they answered:

“Shadrach, Meshach and Abednego replied to him, “King Nebuchadnezzar, we do not need to defend ourselves before you in this matter.  If we are thrown into the blazing furnace the God we serve is able to deliver us from it, and he will deliver us from Your Majesty’s hand.  But even if he does not, we want you to know, Your Majesty, that we will not serve your gods or worship the image of gold you have set up.”  Dan. 3:16-18, NIV

They knew God was able to deliver them, but they did not know whether God was going to deliver them or not.  However, whether God gave them a miracle or no miracle, their decision to remain faithful was set.  They were not going to compromise no matter what others did to them or whether God defended them on this earth or not.

We can fail this faithfulness test in two ways.

First, we try to make bargains with God.  If You do this, then I will to that.  If You give me a raise at work, then I will tithe.  If You heal my spouse, then I will serve You.  The bargains we make are as endless as the desires of the human heart.  God is gracious with our weakness and immaturity.  Jacob did the same thing [Gen. 28:20-22] and God honoured his request.  God works with us where we are even through He will not always accept our bargains.  This little girl, however, shows us a better way.

The second thing that happens to people is that when a disaster strikes them they turn away from God either for a season or permanently.  They ask the Why question… the one that very rarely gets answered.  Why did You let my spouse die?  Why was I attacked?  Why did I go bankrupt?  Why do I have this terminal illness?  Why do I fail at everything I put my hands to?  Again, the Whys are as endless as the disasters that can strike a human being.  And we are tempted to curse God and give up on Him.

“His wife said to him, “Are you still maintaining your integrity?  Curse God and die!”

He replied, “You are talking like a foolish woman.  Shall we accept good from God, and not trouble?”

Our amazing unnamed girl knew this truth.  Whatever emotions, trauma and fears she felt when the crime was happening, she work through them and came out still loving God on the other side.  There are times we will be tempted to give up on God… and maybe we even do give up on Him.  He never gives up on us.  He will always be there when we are ready to turn back to Him.

Still this little girl and the three Hebrew children throw a blazing light on the best path.  Have your course set, cling to God throughout all the twists and turns of life… even if you get no miracle.  Faithfulness is a requirement of relationship with Jesus Christ.

Does this mean that we should not pray and believe for miracles?  Of course not!  Our God is a loving, miracle-working God.  It only means that even if God says “No miracle” for His own good reasons, we will not stop loving and following Him.