Why Is Christianity
Not Working?

With all the great promises in the Bible, have you ever wondered why Christianity is not working in many practical ways in the world?  When we look at the wars, strife and crime on the earth appears to be, indeed, a failure.

”And it shall come to pass in the last days, that the mountain of the LORD’S house shall be established in the top of the mountains, and shall be exalted above the hills; and all nations shall flow unto it.” Is. 2:2

“But throughout the history of these kingdoms, the God of heaven will be building a kingdom that will never be destroyed, nor will this kingdom ever fall under the domination of another. In the end it will crush the other kingdoms and finish them off and come through it all standing strong and eternal. It will be like the stone cut from the mountain by the invisible hand that crushed the iron, the bronze, the ceramic, the silver, and the gold..." Dan. 2:44-45, The Message

As our article When Are The Latter Days? explains, the “last days” refer to the New Covenant period or, at least, to the beginning to the New Covenant age [i.e. last days of the Old Covenant/Nation of Israel]. So Isaiah was looking ahead to our time in the above verse.

It was at the time of Christ’s resurrection, followed quickly by the Day of Pentecost, “that the mountain of the Lord’s house” was established. Jesus defeated Satan and established the house or kingdom of God. Daniel saw the same thing happening when the rock that was cut out without hands grew to fill the whole earth.

In our era the kingdom of God is to grow until it fills the entire earth. All nations are to “flow unto it,” in other words, be submitted to the King of kings. Not one world government, but the various governments recognizing the priority and supremacy of God and His house.

So, if this is the way it is supposed to be, why don’t we see it? We hear about the millions of believers in the world, about thousands accepting Christ around the globe everyday, and about countries with a high percentage of Christians. But what impact on the world has it made? Why is corruption, murder, and war rampant? In short, why isn’t Christianity working? Why does it seem to be a failure? The people in the world are asking the same question. 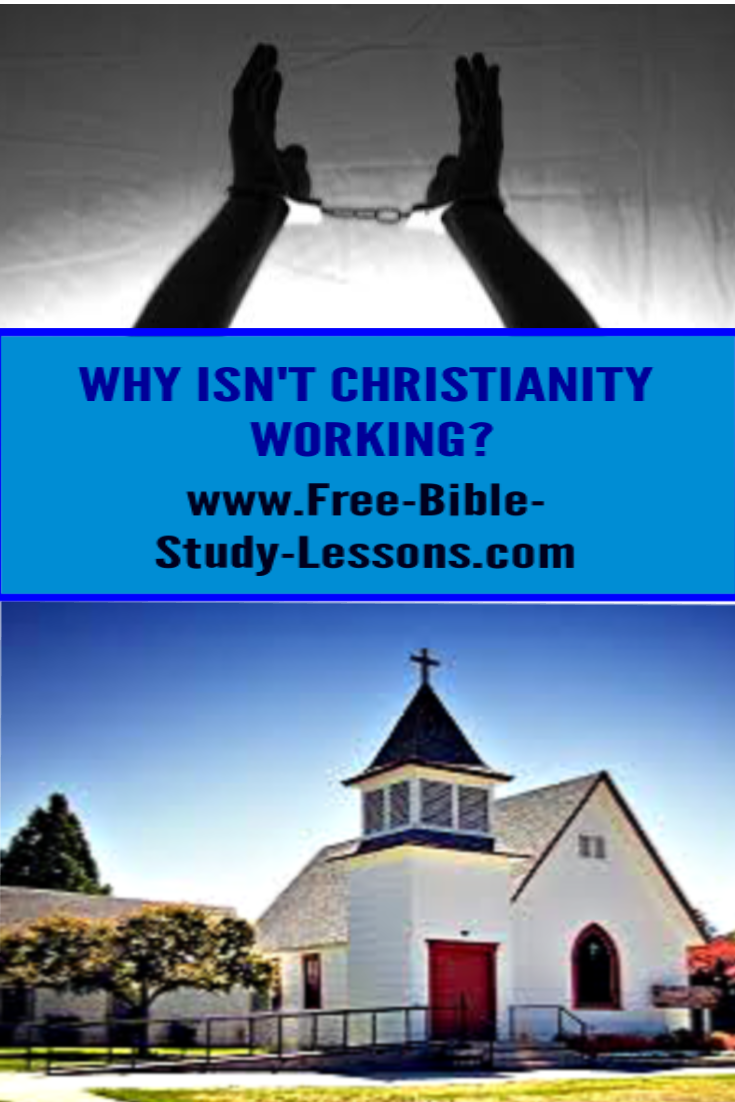 I could go into more detail, but basically there are two reasons why nations do not appear to be impacted by the gospel.

First, we have heathen nations which have never known the gospel. Christians in those countries are working - many times under severe persecution - for long term change. They are at the beginning, the gospel effect begins small but it grows. In the long term - if the believers remain faithful - those countries will be impacted. God will see that the blood and tears of His martyr’s are not shed in vain.  China and other such nations may actually become the leaders establishing the Kingdom of God in the world in the future because their civil leaders have not learned that persecution tends to grow the Church - not destroy it.

Second, we have countries which are called “Christian” or have a large population of believers. If Christianity works, why are these nations - all of them - sinking fast? Is Christianity, on the bottom line, really a failure?

You will notice in the above verse that the House of God was to be established in the top of the mountain. That is the problem. Christians are to set the standard. They are to order their entire lives according to the word of God. They are to live it.  Christianity is not a name. It is not even a lifestyle. It is a totally new creation. The evidence will be seen in a changed lifestyle which will in turn earns the right to the name. We have things backwards.

How many of the people who take the name of “Christian” are willing to pay the price of being “born again” - of dying to their own ways, desires, and thought patterns? They want to bring the house of God down from the top of the mountain and integrate it with the world. Deceived by the “welfare” of today, they want a free Christianity where they can be confident of going to heaven, but can continue to live comfortably with the world. Such a “Christianity” will never impact the world and will continually retreat before the enemy’s forces - as we see happening today.

We are so caught up in being religious - church, prayer, Bible study - that we neglect being righteous.  We think being religious is being righteous. No, righteous is living God’s way no matter what the cost. When God has an army of disciples willing to pay any price then we will see the unstoppable advance of the Kingdom of God. Ironic, isn’t it, that evil heathen causes which destroy life can find people willing to be suicide bombers, and God has a hard time finding people who are even willing to tithe!