The Destruction Of Marriage
Precedes The Death Of A Culture

By Rev. Louis P. Sheldon
Used by permission from

Washington, DC - In his 1979 book, Our Dance Has Turned To Death, Christian sociologist Carl W. Wilson outlined the dangers facing traditional marriage and the family in America's increasingly sexualized culture. Wilson could clearly see what was going to happen to the American family if our society continued to be sex saturated.

Wilson noted that history reveals that nations decline and eventually die when sexual immorality becomes rampant and the traditional family is discarded in favor of group sex, homosexuality, infidelity, and unrestrained sexual hedonism. He pointed to the writings of British anthropologist J. D. Unwin, whose 1934 book, Sex and Culture, chronicled the historical decline of numerous cultures. Unwin studied 86 different cultures throughout history and discovered a surprising fact: No nation that rejected monogamy in marriage and pre-marital sexual chastity lasted longer than a generation after it embraced sexual hedonism. Unwin stated it this way, "In human records there is no instance of a society retaining its energy after a complete new generation has inherited a tradition which does not insist on prenuptial and postnuptial continence." 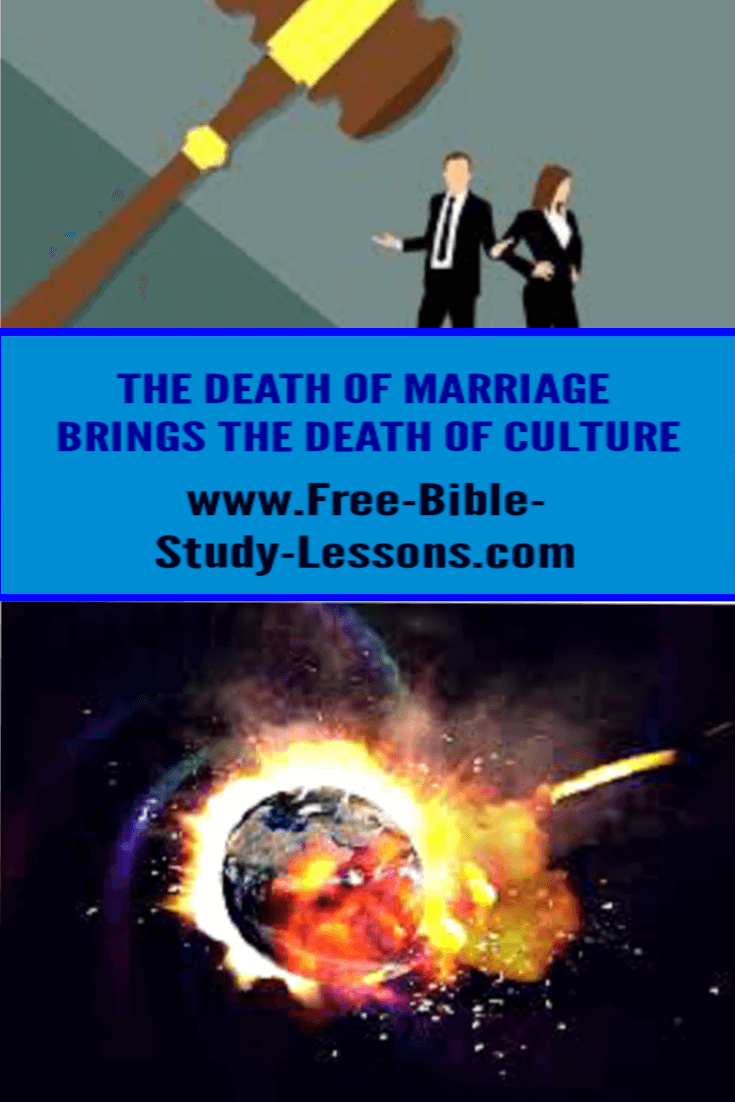 Unwin found that nations that valued traditional marriage and sexual abstinence were creative and flourished. He described this as "cultural energy" that can only be maintained when sexual activities remain restricted within marriage.

Sociologist Pitirim Sorokin, in The American Sex Revolution, found essentially the same thing when he examined sexual immorality as it relates to cultural decline. Sorokin noted in the late 60's that America was committing "voluntary suicide" through unrestrained sexual indulgence. He observed that as individuals began engaging in pre-marital sex unrelated to marriage, the birth rate would decline and our nation would be slowly depopulated. He predicted an increase in divorce, desertion, and an epidemic of sexual promiscuity resulting in a rise in illegitimate children. His predictions, unfortunately, have come true.

Sorokin's study of decadent cultures convinced him that a healthy society can only survive if strong families exist and sexual activities are restricted to within marriage. Sexual promiscuity leads inevitably to cultural decline and eventual collapse.

Carl Wilson notes that decadent cultures display seven typical characteristics: Men reject spiritual and moral development as the leaders of families; men begin to neglect their families in search of material gain; men begin to engage in adulterous relationships or homosexual sex; women begin to devalue the role of motherhood and homemaker; husbands and wives begin to compete with each other and families disintegrate; selfish individualism fragments society into warring factions; and men and women lose faith in God and reject all authority over their lives. Soon, moral anarchy reigns. When the family collapses, the society soon follows.

If we do not learn from history, we are doomed to repeat the mistakes of the past. And, once the decline begins, it will be very difficult to turn things around.

William Bennett, in The Broken Hearth says it well: "My concern is that we are now embarked upon an experiment that violates a universal social law: In attempting to raise children without two parents, we are seeing, on a massive scale, the voluntary breakup of the minimal family unit. This is historically unprecedented, an authentic cultural revolution-and, I believe, socially calamitous. We may be under the illusion that we can cheerfully deconstruct marriage and then one day decide to pull back from the brink. But as a friend of mine puts it, once you shoot out the lights, can you shoot them back on again? As the long record of human experimentation attests, civilizations, even great civilizations, are more fragile and perishable than we think."

Our culture must strengthen traditional marriage, promote abstinence before marriage, and reject any attempts to undermine the natural law by redefining marriage to include same-sex couples.