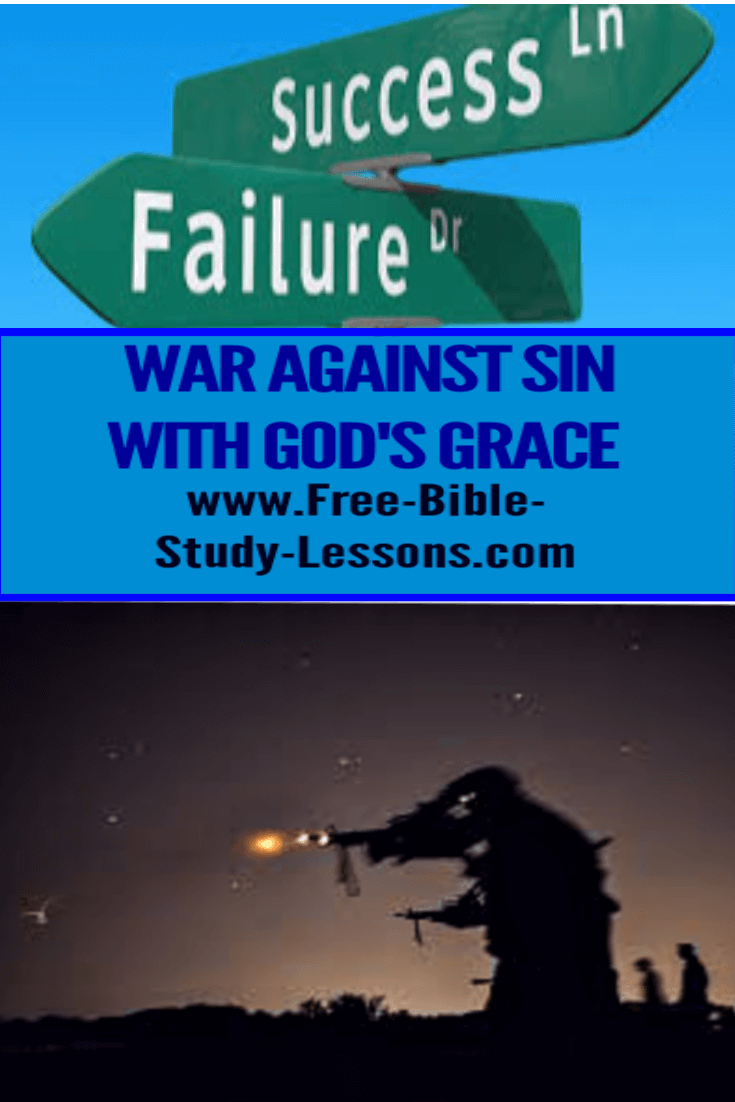 Sometimes we try to excuse ourselves by claiming a certain sin is a habit so we can’t help ourselves. Nonsense. Yes, sometimes sin has a strong grip on our lives, but if we say we have no choice we are saying that sin is stronger than the Blood of Christ. God forbid such a thought. Sometimes, like Adam, we try to blame someone else for our sin. Nonsense. We stand responsible before God for our own actions. Part of the problem is that we have more faith in the power of sin than we do in the power of the Blood of Christ.

Now, I am not saying that we don’t struggle with sin or that we don’t fail. All of us can look at our lives and see sin and failure. What I am saying is that we have to build our faith in the Blood of Christ and accept responsibility for our actions. No excuses. When we sin, we come to God for forgiveness [and He does!] and we admit our responsibility. No blame shifting. Then we take another run at it. The righteous may fall, but he keeps getting up and going on.

I am not overly concerned about the Christian who struggles with sin, although he needs help and support. He is fighting the good fight and will come to victory if he doesn’t give up. What concerns me is the Christian who thinks because he has been taken out of the lake of sin, he is free to sin. He comes to the conclusion that, because he is under “grace,” he can sin to his heart’s content.

What is the relationship of law, sin, and grace? What does it mean when it states that we are not under law but under grace? As a Christian the law is no longer a death sentence against me. Because of the death of Jesus Christ I am no longer under the wrath of God. The death of Christ forever paid the penalty for sin. After death I enter heaven and no works will ever change that. [However, a person who hard-heartedly continues in sin calls into question the genuineness of his salvation, because a new heart means a desire to keep the law.]

A Christian who chooses to be a slave to sin will serve sin his entire life. Lot is the prime example of this. Peter calls Lot a righteous man. We would say that he was saved. We will see him in heaven. But what about his life on earth? He sought the pleasures of this world and ended up hiding in a cave and being seduced into incest by his daughters. The end of sin is never pretty even for the Christian. We can choose the actions, God chooses the consequences. Heaven is forever. Who do you think earned the most rewards for their short stay on earth: Abraham or Lot? Whose life accomplished great things? Overall, who had the most satisfying life on earth and who enjoys heaven the most?

Let’s not abuse the grace of God. Let’s wholeheartedly combat sin in our lives and in our world. No compromise. When we fail, let’s get up, get forgiveness, and go on. No wallowing in the mud. Get up, get cleaned up, and go on. The Blood of Jesus Christ is more powerful than any sin or addiction. Keep at it. Get the help of others. Become the Overcomer God destined you to be. Ultimately you cannot fail - if you do not give up!