"Because Joseph her husband was faithful to the law, and yet did not want to expose her to public disgrace, he had in mind to divorce her quietly."  Matt. 1:19

During the Christmas season we hear the great news that the Saviour, Jesus Christ, has come.  God in the flesh was born into a human family.  We also hear a lot about Mary.  She deserves honor and respect.  But what about Joseph?  He seems to fade into the background, almost like part of the scenery.  He is the forgotten father.  Yet just as Mary was chosen above all women of all time to be the mother of Jesus, so Joseph was chosen above all men of all time to be the step-father of Jesus. 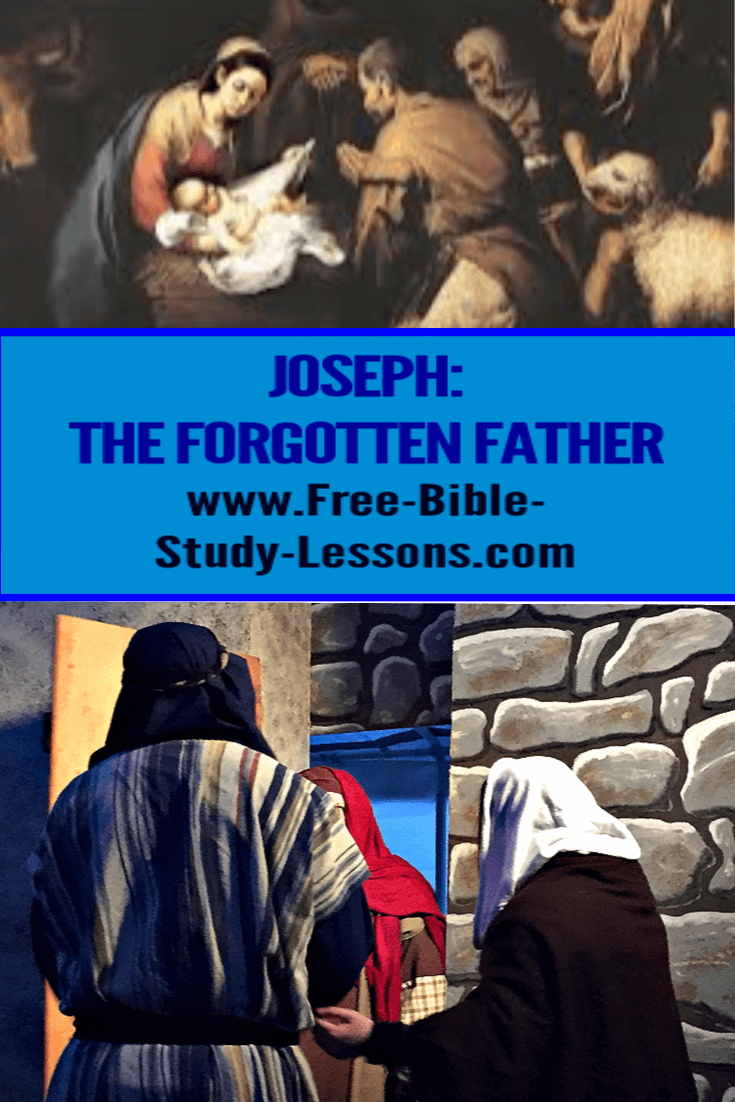 What do we know about Joseph?  He was a man of integrity, dedicated to God.  He was faithful, a necessary quality in any Christian service.  He loved Mary, but when circumstances seemed to say that she had abandoned God, Joseph chose to follow God.  Interestingly, this was the same decision Adam faced  - God or his wife - and failed.  But Joseph never wavered in his commitment to God.  He had his priorities straight.

Even through the heartache and heartbreak of Mary's supposed unfaithfulness, he continued to care for her.  He did not act in revenge, anger, or judgment.  Instead, he did what he could to make it easy on her and shield her as much as possible from the consequences of her supposed sin.  He was a man of honor.

He was also a man of obedience.  Several times he was directed by God, through dreams, on actions to take.  We always find him obeying immediately regardless of the consequences.

When the Holy Spirit revealed to him that Mary had not betrayed God and him, but had been chosen by God for a very special and unique purpose, he did not doubt but took action immediately.  He undoubtedly knew that taking Mary for his wife would now cause people to assume he had violated the Word of God and was the father.  His friends would despise him.  His community and "church" would reject him.  He would lose business.  Yet he never hesitated.

When this step-father was told to go to Egypt by God, he left immediately.  He took his wife and new born Son to a strange country.  How could he provide for them there?  Where would they live? How could the Messiah not live in the Promised Land? Undoubtedly fears and a thousand questions assailed him.  Confidence in the God Who Provides drove him on.

As a model step-parent, he accepted Jesus as his first-born Son.  He looked after Him, provided for Him, took Him to Jerusalem, taught Him a trade.  Sometime when Jesus was between the ages of 12 and 30, Joseph likely died and Jesus took over the responsibility for the household.  Joseph had taught Him how to handle responsibility and given a living example of a hard-working man dedicated to God and his family.

Joseph, the forgotten father, was in the background working quietly, doing his best to support his wife and family - often unrecognized but always reliable.  In following God's direction he made decisions that would benefit his family even through it meant personal loss or discomfort.  He was a man in the background who the Holy Spirit nevertheless used in forming the Man Jesus would become.

During Christmas as we rightly put Jesus in the center and honor Mary, let's not forget to honor Joseph as well.  He was a picture of all fathers - and step-fathers - who love God and sacrifice for their families whether they get recognition or not.