Shortly after they were married, my parents received a call from God to go south.  They were living in Ontario, Canada, and went south until they got to Augusta, Georgia, USA, where they began pastoring a small church.  It was there I was born.

When I was about a year old, they moved to Kenya, East Africa where we spent the next ten years.  My brother and sister where both born in Kenya.  I was in Grade One when our family went on a furlough.  I stayed with my grandparents in Ontario while the rest of the family travelled raising support for the next term.  This was the first and only time I ever attended public school.

I gave my heart to the Lord when I was eight and re-dedicated it as a young teenager.  Although I have not had any great, dramatic revelations from the Lord, I believe He has guided and directed my life from a child until now.  There were dark doors I could have opened, wrong paths I started down, but I never had a desire to leave the church. 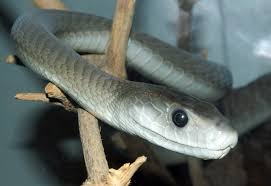 Twice, that I know of, I have been spared from death.  In Kenya my brother and I used to sleep in bunk beds next to an open window.  There was a vine on the wall outside the window.  When we left the mission station the next family had the vine cut down and both a Black Mamba and a Cobra were discovered living in it.  At any time, while we were living there, one of those deadly snakes could have crawled into our bedroom.

The second time occurred after we had returned home from Kenya for the final time.  For two years we travelled around the United States and Canada, usually the southern U.S. as that is where most of my father’s contacts for preaching were.  For those two years we lived in a 35 ft trailer towed behind a 1/2 ton dodge pick-up with a camper on the back.

The door had closed to return to the mission field so it was time for my parents to seek God for the next stage of their lives.  Dad had a preaching engagement with a Pastor Osiowy in Prince George, B.C. - a man he had never met.  My brother and I usually rode in the camper and often were on the bed over the cab looking out the window.  Just outside of Prince George, Dad lost control of the truck and we ended up rolling into the ditch.  My brother and I were, at the time, playing down at the bottom of the camper.  The camper was reduced to basically matchstick and the mattress that we often lay on ended up under the trailer.  In spite of all the damage, there were no serious injuries.  I had the worst, a few stitches in one ear.

Pastor Osiowy generously opened his home to us and we spent the next three months living with them.  During that time Dad answered a call to begin a church in Mackenzie, B.C. which had no Pentecostal type churches.  So within two years we moved from the equator to northern B.C.

I spent most of my teens and twenties in Mackenzie.  At one point our church began operating a Christian A.C.E. school.  I joined in the volunteer position of Supervisor.  I started at the school at eight in the morning and worked until noon and then went to my job at a local Grocery Store where I worked an eight shift.  The next year the school was able to pay me so I would work there during the school day and went to the Grocery Store for an evening shift.

Later Mom and Dad moved to Prince George.  Dad went on staff as the Bible School principal of Pastor Osiowy’s church in Prince George.  He turned the Mackenzie church over to a man he had been mentoring, who closed the school.  I was hurt over this as I strongly believed in Christian education.  But I never left the church, I just returned to working full time at the Grocery Store.

During this time I was very lonely and praying for a wife.  In a small church in a small town there did not seem to be many prospects.  I have always held that it is better to be single than married to the wrong person, but I did want to find the right one.  I turned to a Christian dating service.  I became interested in a young lady from Ohio, USA.  We did meet and I was madly in first love.  Then she broke it off in a letter and declined to answer any phone calls.  My heart was broken, but I was determined to work it out.  [This is a good example of why you do not make major decisions when in an emotional state.]  Nevertheless, I quit my job with two weeks notice, packed as many belongings as I could in my little Ford Festia and headed to Ohio not knowing whether she would see me or not.

When I got there she was willing to see me and we spent time together.  I got a part time job in another Grocery Store in the produce department.  After about three months, although I still liked her, I came to see that she had been right and a relationship probably would not work out.  So I sent a letter back to the Grocery Store I had worked at in Mackenzie to see if I could get my job back.  They offered me a position in Chetwynd, B.C. - even further north.  I took it. 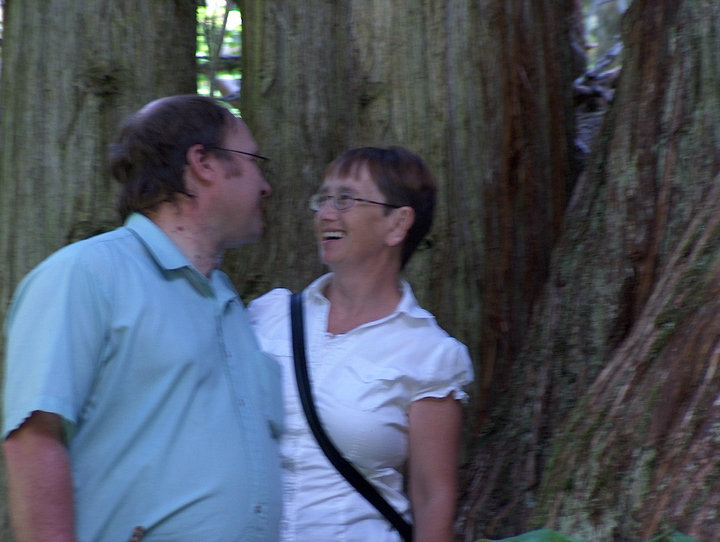 So back to northern BC I went and no closer to having a wife.  I was able to get four mailing addresses of single Christian ladies in Prince George.  I wrote to each and asked if they would like a pen pal.  Diane was the only one who responded and the rest is history.

I managed the Grocery Store in Chetwynd, then was transferred to Fraser Lake and finally brought back in Mackenzie.  After an ethical disagreement with the owner, my job was in jeopardy.  I lost several nights of sleep and was introduced to an enemy with whom I would struggle for many years - Fear.  Instead of firing me, the owner decided to simply demote me manager to assistant manager.  While continuing to do my duties for the company, I decided to look for work elsewhere.

I had an interview at a major Department Store in Prince George a couple of hours after having my wisdom tooth pulled.  My mouth was still frozen so it was awkward talking with gauze in my mouth and dapping siliva; however, they were either desperate or they liked what they saw.

Going from working in a small company to a giant corporation was a major culture shock.  I felt like I could not to anything right.  No matter how hard I tried, I seemed to always be in trouble.  I lived in constant fear of losing my job for about the first two years.  I had to literally force myself to go to work, putting one foot in front of the other as the grey building would loom in front of me out of the early morning Prince George fog.  I would almost jump every time the P.A. would come on for fear that I would be in trouble for something.  After that the episodes of fear lessened, but would still come on strong from time-to-time for the next 12 years or so.

Diane and I became actively involved in Pastor Osiowy’s church.  We were in and led home groups, took and taught Bible courses, etc.  We also raised three children.

Eighteen years later when Diane’s mom had stroke, which forced her into permanent full-time care, we tried to drive down to visit her once a month.  I would take a “Stat. Day” in order to have three days off in a row.  We would drive the ten hours down to Pentiction one day, be with her mom one day, and have one day to drive back to Prince George.  At the beginning it was difficult because we never knew if she would be happy or angry with us when we walked through the door.  Her stroke had confused her mind and, as her Power Of Attorney, we had to make decisions that she did not understand.

We had always wanted to retire to the Okanagan in lower B.C., but this was the motivation to start the process early and be nearer Mom.  I put in a transfer request to Penticton.  Some time later I was asked if I would transfer to Vernon.  All I knew about Vernon was from driving through it and that it was a lot closer to Penticton than Prince George [less than a two hour drive].  I took the transfer, and because they had asked me to transfer, they paid the moving expenses.  Shortly after I transferred to Vernon both Produce Supervisors in Pentiction quit and I could have had a job there, but God must have a purpose for Diane and I being in Vernon.

When I moved down to Vernon, I experienced my old enemy.  An almost paralyzing fear tried to take hold of me. This was different than anything I had previously experienced.  Before I had at least known why I was afraid, but this had no logical reason. God had opened every door.  The sale of the house in Prince George had gone well - to the only people who had ever looked at it - we had quickly found a place to live in Vernon, work was good, but the fear was there anyway - almost like a solid wall.  It lasted about two weeks and finally broke when an Elder in the church we were attending prayed for me one Sunday morning.  It has never returned since.

One thing I have learned is that even when facing painful circumstances or near paralyzing fear, always run to God.  He is our comfort and strength.  Even when it doesn’t feel like it, He is there and He is in control.

If I had a theme song for my life it would probably be The Warrior Is A Child by Twila Paris.