Rahab was an amazing woman.  She abandoned her society and all that she knew to risk her life to save two strangers who were spying for a foreign nation.  She chose to take a daring stand with God and His people.  Yet because of her method she has been harshly criticized by Christian leaders for the last 2,000 years. 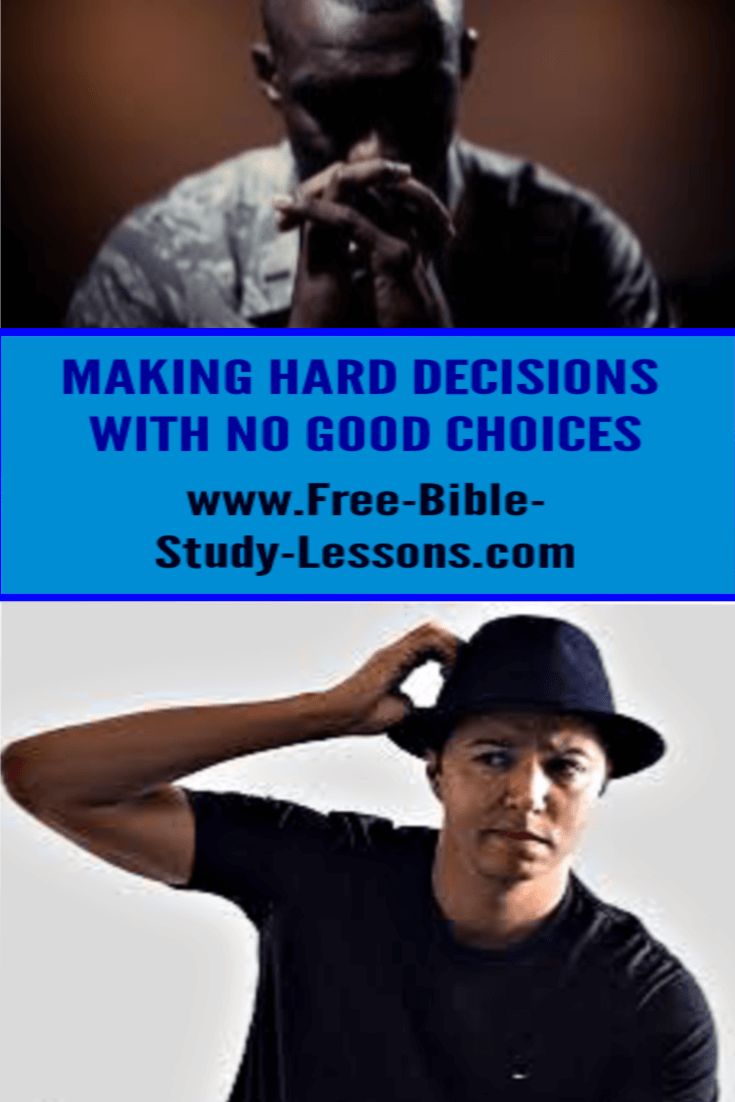 There is no escaping the fact - she lied.  She had no good choices, so she chose to lie.  And although she is praised in the New Testament with no criticism of her methods, she has been ill-treated by writers ever since.  Some condemn her outright.  Others try to explain away her lie with things like she was a new believer coming from a corrupt society and so didn’t realize that lying was wrong.  Or her heart was in the right place, but her methods were wrong.  The majority conclusion seems to be that she should have told the truth to the soldiers [or said nothing which would have had the same effect] and trusted God to take care of the results.

Rahab was placed in a difficult situation by evil men where there were no good choices.  If she told the truth it is almost certain the spies would have been executed and she would have lost her opportunity of joining the people of God.  To keep silent would be to admit involvement, the spies most likely would have been found and she certainly would have been arrested if not executed on the spot.  The third choice was deception which involved lying.

To say that God would have supernaturally intervened if Rahab had chosen to tell the truth is to make a very big assumption.  Supernatural intervention is the exception, not the rule.  It is to fall into the same error as the medieval Trial By Combat or Trial By Ordeal.  The idea behind these “trials” was that God [or nature] would allow the innocent person be victorious [Combat] or escape harm [Ordeal].  Needless to say, this is not a Biblical concept.  God expects His people to stand for what they know is true, right and according to the will of God.

Our choices are rarely black and white ones; we rarely have the luxury of an absolute choice.  But we do have the continual opportunity to make decisions in terms of an absolute faith, however gray the immediate situation.  R.J. Rushdoony

Follow justice and justice alone, so that you may live and possess the land the Lord your God is giving you.  Deut. 16:20, NIV

Learn to do right; seek justice.  Defend the oppressed.  Take up the cause of the fatherless;  plead the case of the widow. Is. 1:17, NIV

In this place, Rahab had no good choices.  In the absence of a direct word from God, she had to evaluate what was most likely to happen from each decision.  Then she had to choose the one which would probably have a result that was pleasing to God and a positive impact on the Kingdom of God.

To some this may sound like “the end justifies the means” or situational ethics.  That is not the case.  Rahab did not make her choice to lie because it was the easy, fast or painless way to achieve “the end” goal.  She made it because it was the only choice available that would not involve a greater evil.  Nor was she saying that something that is normally wrong was right just because of the situation.  [We discuss whether lying was a sin in this situation in our article: Responsible Lying.]  She was looking at the available options and taking the only one that was likely to have God-honouring results. 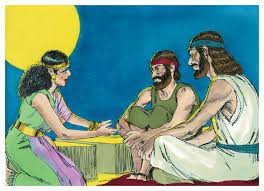 Rahab chose to accept responsibility for her actions.  She chose to risk her life.  She chose to deceive evil men bent on an evil purpose in order to protect Godly men operating in the will of God.  The fact that she is commended in both the Old and New Testaments without criticism of her deception, which was a necessary part of her actions, shows God’s approval.  Self-righteous Christians who refuse to make difficult choices to help innocent and oppressed people because “God will intervene if He wants to” are acting irresponsibly.  They are avoiding their own discomfort and blaming God for the results.

Living in a sin-filled world, there may be times when we are placed in evil circumstances where there are no good choices.  Sometimes, even in political voting, we are making the least bad choice because no good choices exist.  If we find ourselves placed in bad situations - whether by evil governments, abusive spouses, criminals, or others - we have to carefully consider the Word of God and which “bad” choice will result in honouring God, expanding the Kingdom of God and/or protecting the innocent from injustice and harm.

“For I, the Lord, love justice; I hate robbery and wrongdoing.  In my faithfulness I will reward my people and make an everlasting covenant with them.  Is. 61:8, NIV

Rahab took responsibility and great risk to see justice done and God did indeed reward her.  She was able to join the Israelite community, marry a Godly man, and became an ancestor to both King David and Jesus Christ Himself.  Plus her actions - which were a result of her faith - are held up as an example of Godly action for all time.