What do a centurion [Matt. 8:5-13], a Canaanite woman [Matt. 15:21-28] and a dying thief [Luke 23:39-43] have in common besides being religious outcasts in the days of Jesus?  They were all from different countries, they had different backgrounds and they were from different social standings.  On the surface it may not appear that they have much in common at all…yet when you look beneath the surface you find several things in common.

Like the disciples of Jesus, we are great at looking only at the surface.  For example, in John 9:2 all that the disciples saw was a blind man who posed an interesting theological question.  Jesus saw a man of faith who needed help.  It is so easy to just look with our natural eyes and see a battle-hardened soldier, a irritating woman or an undesirable criminal.  Religious outcasts that we don’t want to deal with.  We make our assumptions, we put people into our self-made categories and move on.

What Do These Three Religious Outcasts Have In Common?

1.  To start with, they were all religious outcasts from proper Jewish society.  The centurion was a member of a hated occupying military force even though he tried to appease the people with his generosity and understanding.  He could never be one of “them.”  Jewish men had a low opinion of women in general and to be a Canaanite woman, well, total avoidance would be the best policy so none of the heathen filth would rub off.  She could never be accepted even as a woman.  And our thief, a criminal, condemned to die for his crimes.  He was getting what he deserved, he had crossed the line, there was no return. 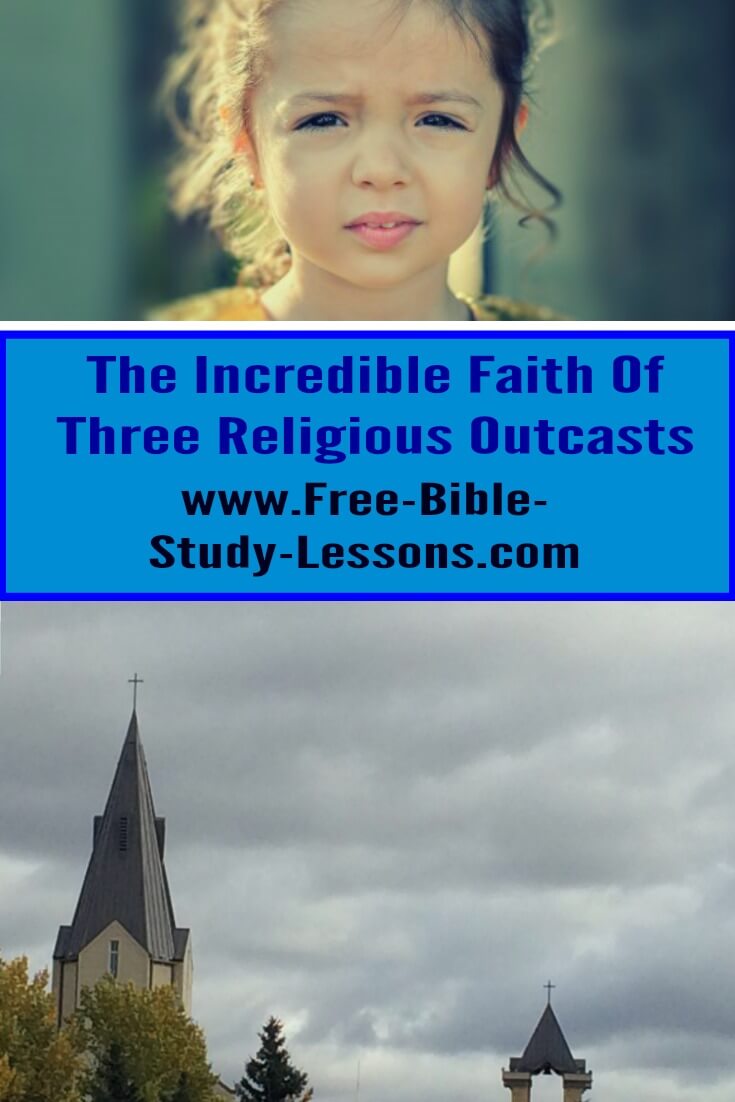 2.  These three people all knew what they wanted and had a strong desire to see it come to pass.  There was no “it would be nice if…” or “let me think about.”  They knew.  They had settled in their hearts exactly what they wanted to happen.  For the thief, who started out with his partner ridiculing Jesus but then repented, it wasn’t very long.  But when he knew, he knew.

Sometimes we think that Jesus healed or ministered to everyone He saw.  No.  Everyone He prayed for received what they were looking for - 100% - but He did not pray for everyone.  For example, He went to the Pool of Bethesda [John 5] and healed one man out of many.  Even in our own lives there are things that Jesus does for us that we haven’t really even thought about [but we should appreciate!] and there are other things that only happed as we persistently ask, seek and knock. 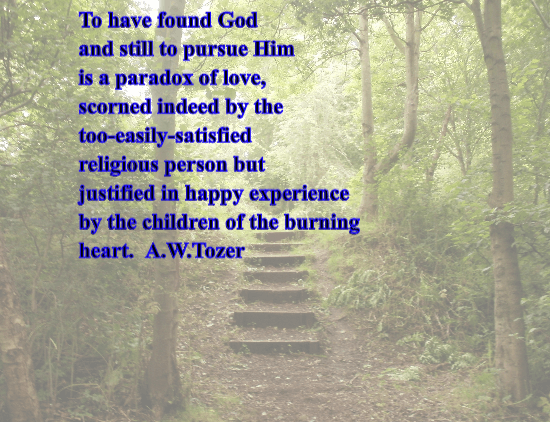 In the case of our three religious outcasts, they all initiated contacted or they would have remained forever outcasts.  Jesus will never turn you away, but there are times when you must pursue…

4.  They all demonstrated great faith.  They all believed that Jesus could do what they wanted - impossible as it was from a human point-of-view.  They had to believe that Jesus was Someone more.  Even before this had really dawned on the disciples…Jesus actually specifically commended two out of the three for their faith.

These three - I could call them unlikely heroes of the faith - did not allow their rejection, their disadvantages, their embarrassment to stop them from pursuing their heart’s desire.  No one or nothing was going to stand in their way.  What is standing in your way?  Don’t fit into a clique at your church?  Feel left out?  Is there opposition?  Or…?  All painful for sure…but are you going to let it stop you?

5.  They were all humble.  Imagine what it was like for a Centurion - a leader in the occupying military force - to come and ask a poor Jewish rabbi for a favour.  Not the act of a proud man.  The Canaanite woman put aside her dignity [oh, the love of a mother!] to ask a favour of a Man Who basically called her a dog.  Yet she did not react in pride or turn away in despair, but kept her head and came back with a comment that got her the miracle.  And the thief, acknowledging his guilt, had no right to make demands just a humble request for grace.  In a way, we can identify with each one of these people.

6.  They all got what they asked for.  They did not allow the pressure from outside or the fears from within to stop them.  They were all religious outcasts, yet they all had tremendous faith.  Nothing was going to come between them and Jesus.

How about you?  Feel like a religious outcast? A social outcast?  Is something stopping you?  What?  Why?  And what are you going to do about it?