Rev. Stephen Nemeth was born on June 25, 1928 in Windsor, Ontario.  As a teenager he planned to become priest in the Roman Catholic Church.  While visiting another church he accepted Jesus as his Lord and Saviour and was filled with the Holy Spirit…and his plans were changed.  In 1954 he attended the Full Gospel Bible Institute in Eston, Saskatchewan. 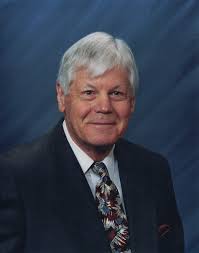 In 1957 Rev. Nemeth and his wife, Ella, went to India where they were to spend almost 20 years.  When they returned to Canada in 1974, for the education of their daughters, they settled down in Prince George, British Columbia.  A year later Ella was promoted to be with Jesus.

While in Canada, Rev. Nemeth’s heart was still in India and he travelled there for 3 - 5 months per year.  It was his heart’s desire to see The Apostolic Church Of Pentecost Of India become self-governing and self-supporting.

In 1976 he married Florli who had worked with missionary’s children in Malaysia.  Together they continued working, ministering and giving oversight to over 100 churches in India.  At age 79, Rev. Nemeth made his last trip to India.  On Feb. 13, 2008, he went to be with the Lord.  He was a humble man who was truly loved and respected by those who had the privilege of knowing him in India and Canada.

He wrote many Bible manuals which he desired to be available for free to young pastors and Christians teachers around the world.  These can be viewed and download at House Of Judah.

Rev. Nemeth’s passion for Jesus and love for the body of Christ come through in his messages.  I trust your life will be encouraged and enriched by the ones below.