Are Unicorns In The Bible?

Unicorns are mythological beings often represented with magical powers.  They are usually pictured as a horse with a spiral horn in the centre of its forehead.  The mention of unicorns goes back to, at least, 400 years before Christ.

Are unicorns mentioned in the Bible?  There are nine references to unicorns in the Bible which we will examine below.  Those who like to mock Christianity are delighted to find these references.  They assume that if the Bible treats these mythological creatures as real, then the Bible must be full of myths and; therefore, unreliable.  For those who want to mock Christians, that is enough.  But for Christians and those who genuinely want to know the Truth, some study is necessary.

Before we look at all nine of these verses, it is essential to realize that the Bible was not originally written in English.  The verses below were written in Hebrew, and translators had to decide which English words would best convey the meaning of the Hebrew words.

In each of the nine cases below, the Hebrew word translated as unicorn is: ‘R@‘em’, which is pronounced as ‘reh ame.’   The exact meaning is unknown.  Most modern translations use the term ‘wild ox,’ although one says ‘buffalo’ and another calls it a ‘rhino’.  The KJV, which uses the term ‘unicorn’, was translated in 1611.

So What Are Our Unicorn Bible Verses? 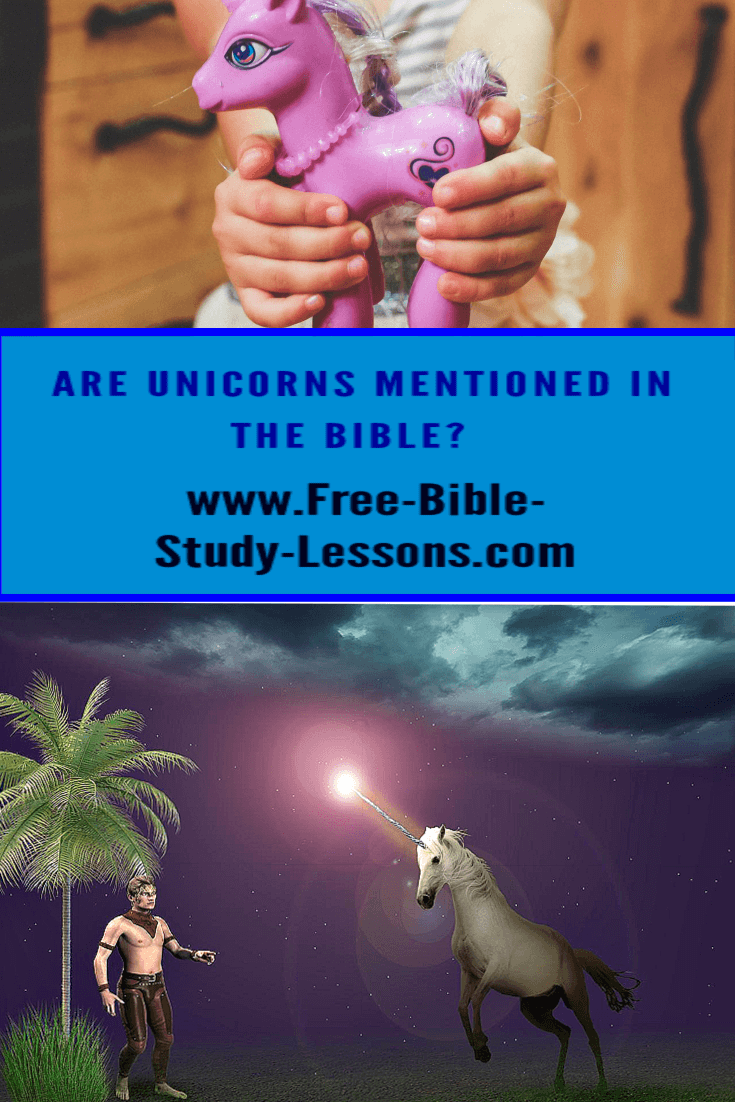 God brought them out of Egypt; he hath as it were the strength of an unicorn. Num. 23:22, KJV [This is part of Balaam’s unwilling blessing of Israel.]

God brought him forth out of Egypt; he hath as it were the strength of an unicorn: he shall eat up the nations his enemies, and shall break their bones, and pierce them through with his arrows.  Num. 24:8, KJV  [Also, a part of Balaam’s speech.]

His glory is like the firstling of his bullock, and his horns are like the horns of unicorns: with them he shall push the people together to the ends of the earth: and they are the ten thousands of Ephraim, and they are the thousands of Manasseh.  Deut. 33:17, KJV  [This is part of Moses’ parting blessing on the children of Joseph.]

Will the unicorn be willing to serve thee, or abide by thy crib?  Canst thou bind the unicorn with his band in the furrow? or will he harrow the valleys after thee?  Wilt thou trust him, because his strength is great? or wilt thou leave thy labour to him?  Wilt thou believe him, that he will bring home thy seed, and gather it into thy barn?  Job 39:9-12, KJV  [This is part of God’s teaching Job that Job still has a lot to learn.  The Book of Job also mentions two extinct creatures that sound a lot like dinosaurs.]

Save me from the lion's mouth: for thou hast heard me from the horns of the unicorns.  Ps. 22:21, KJV

He maketh them also to skip like a calf; Lebanon and Sirion like a young unicorn.  Ps. 29:6, KJV

But my horn shalt thou exalt like the horn of an unicorn: I shall be anointed with fresh oil.  Ps. 92:10, KJV

And the unicorns shall come down with them, and the bullocks with the bulls; and their land shall be soaked with blood, and their dust made fat with fatness.  Is. 34:7, KJV

What Do We Learn About Unicorns In The Bible?

So, with the above verses in mind, what can we learn about the animal the translators of the King James Bible in 1611 decided to call a unicorn?

1.  It was a real animal.  The Biblical writers who used the word ‘R@‘am’ were obviously referencing a real animal that they had seen or knew about.

2.  Its strength and power were awe-inspiring.

3.  It was a dangerous and temperamental animal that could not be domesticated and used for farm work.

4.  It had at least one horn, perhaps two, which it could use to deadly effect.

What Was This Animal?

Although we can not know for sure, many believe that it was the now-extinct Auroch.  Bob Strauss, on his website, describes the Auroch as: 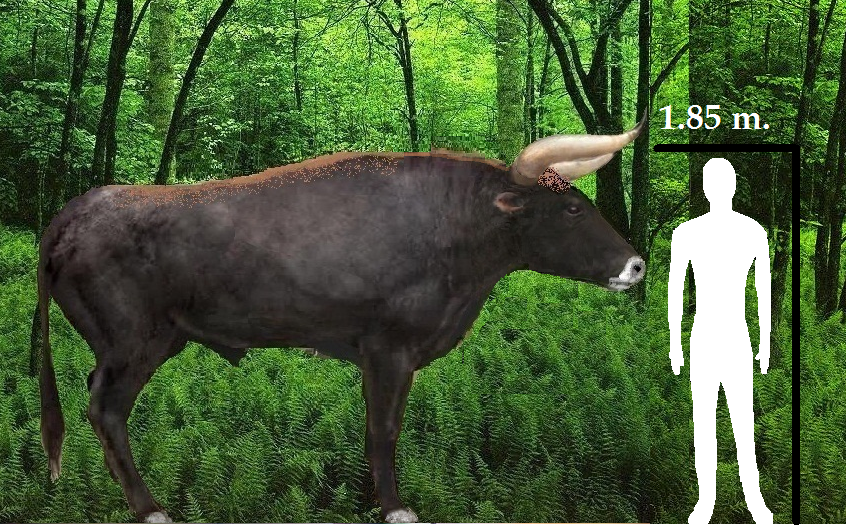 “pretty much identical to modern oxen with the exception of its size: this "dino-cow" weighed about a ton, and one imagines that the males of the species were significantly more aggressive than modern bulls.”

Mr. Strauss also quotes a description of this animal written by Julius Caesar in his History of the Gallic War: "These are a little below the elephant in size, and of the appearance, color, and shape of a bull. Their strength and speed are extraordinary; they spare neither man nor wild beast which they have espied.”

This certainly sounds like the description of the ‘wild ox’ or ‘unicorn’  mentioned in the Bible.

Do Christians need to be embarrassed about unicorns in the Bible?  Do genuine Truth-seekers need to be deterred by childish and ignorant mocking?  No.  In cases like this, it is important to look at what the word was in the original language and what it means in that language.  Always dig deeper and see what is really going on.  [We look at how to do this in our Feed Yourself course.]

One other thing to note when reading the KJV - which is an excellent translation - is that words change meaning over time.  There are about 300 English words in the KJV that do not mean the same thing in English now as they did in 1611.  One example is the word ‘conversation.’  To us, it just means talking, but in 1611 it meant your entire lifestyle.  This is an important detail to be aware of when reading older translations.