Can Reading The Bible
Cause Atheism?

His letters contain some things that are hard to understand, which ignorant and unstable people distort, as they do the other Scriptures, to their own destruction. 2 Peter 3:16b, NIV

Some things Paul writes are difficult to understand. Irresponsible people who don’t know what they are talking about twist them every which way. They do it to the rest of the Scriptures, too, destroying themselves as they do it.  The Message

I was reading a Christian book, and the author mentioned that some people read the Bible, and it motivates them to reject Christianity and embrace atheism.  I had never thought of that before.  When non-Christians [and new Christians] read the Bible, the logical place to start is the beginning.  Beginning at Genesis, they discover:

1.  that God created the world in seven days, contradicting the accepted view of evolution,

3.  a God who destroyed the world population except for eight people,

4.  some laws that seem very strange and unjust from our perspective [i.e. regulating slavery],

5.  a God who commands the destruction of men, women and children,

6.  an allegedly low view of women, 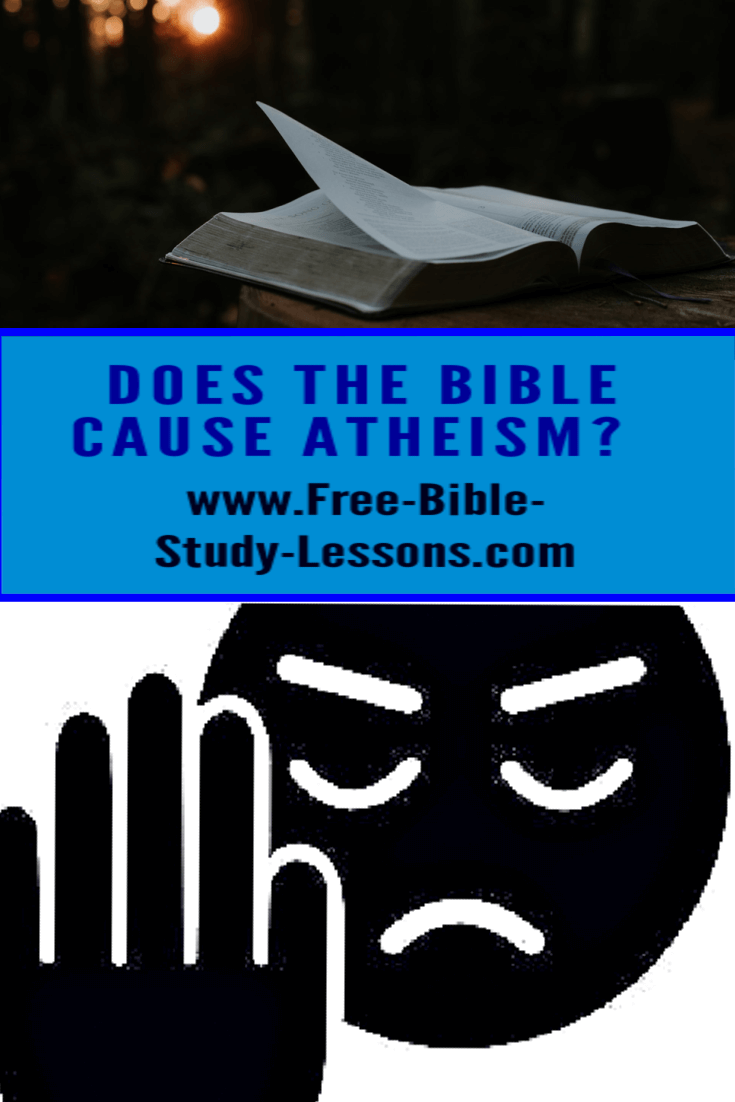 Some Christians have never even read the entire Bible and are as surprised as non-Christians at some things there.  Other Christians skim over or ignore these passages, so when challenged or questioned about them, they have no idea how to respond.

Some non-Christians use these passages to mock Christianity and justify their actions.  Personally, I do not have time to answer such people.  However, many young Christians and genuine Truth-seekers are puzzled or offended by these passages.  It is for them, as well as for ourselves that we should know how to explain these challenging sections of Scripture.  Of course, as finite humans, we will never understand everything about God or the Bible, but we should, at least, be prepared to answer some fundamental issues.

I want to give you some basic principles on understanding difficult Scripture passages.  Feed Yourself Students are familiar with most of them.

1.  Scripture will never contradict itself.  If we come across an alleged contradiction, it is because we are misunderstanding or misapplying something.

2.  Context is always vital.  The Bible is actually 66 books - a mini-library.  We not only need to understand the surrounding context, but also the entire book, its purpose, who wrote it and why, who it was written to and why, how it fits with the overall theme of Scripture, the social and historical context [i.e. how the people who first read it would have understood it], and more.  We have to be careful not to use western viewpoints to understand a Book written from an eastern point of view.  Any fool can pick a verse out of context, put their interpretation on it, and mock it.  Diligent students study and search for what is really being said.

3.  Jesus is the perfect Image of God.  When we see Jesus, we see what God is really like.  This has led some to adopt the heretical idea that there are two Gods: One mean one in the Old Testament and One loving one in the New Testament.  There is only one God.  We may not understand why God did or said some things in the Old Testament, but we approach them with the knowledge that this is the same loving and compassionate God Who mourned over the destruction of Jerusalem and gave His life to redeem us.

4.  We must also remember that the Bible was not originally written in English.  Sometimes we miss or misunderstand verses because of how they were translated.  Also, especially if you use an older version like the KJV, remember that words change meaning over time.  There are about 300 words that don’t mean exactly the same thing now as they did in 1611 when the KJV was published.

5.  The autographs [original manuscripts] were without error, but the writers used many different writing techniques, including allegory, sarcasm and hyperbole.  You don’t expect the same style in a poem or play as you do in a historical narrative.  Usually, it is fairly easy to spot the different styles, but not always.  [In case any of you are wondering, yes, I believe Genesis 1-9 are historical narratives, and I think it does a disservice to Scripture to try to explain them away as many Christians attempt to do.  If this is a problem for you, I suggest you research sites like www.creation.com, which examine both the Biblical and scientific evidence for a literal reading of Genesis.]

In trying to explain these types of verses, some Christian writers have, in my opinion, committed serious errors.  I do not doubt the sincerity of their intentions.  They want to make the Scriptures acceptable to modern people to lead them to the Saviour.  However, we cannot compromise the Truth of the Gospel to do so.  There are things we may never be able to understand or explain, and that’s ok.  We are to trust our loving, heavenly Father as we work on our relationship with Him.

Do Not Do This

In explaining difficult Scriptures, do not do the following things.

1.  Do not assume that the people were inferior or unintelligent.  They lived in a different society and were not as technologically advanced as we are.  God used examples that were culturally relevant to the people to whom it was first given, but the principles are eternal and declare the righteousness of God for all time.  [See our Master Life course.]

2.  In line with Number One, some try to explain the Laws of God by saying something like, “God gave them the best laws He could for a society at that time in history.  They were superior and more humane than the laws of other societies in that period.  But now we have better laws because our societies have advanced.”  While this may be well-intentioned, it casts an insult on the Law of God and implies that God was incapable of giving a just Law for all of time - a notion refuted by Jesus  [Matt. 5:18].

3.  Do not make excuses for God.  God made us witnesses, not lawyers.  Our prime responsibility is to share the love of Christ and the Truth of what He was done for us and humanity, not to defend God.  God is capable of defending Himself.

4.  If you don’t know the answer, be honest.  No one knows everything.  If the person is sincerely asking the questions, then try to find the answer but don’t fake it or bluff it.

As you may know, I have developed “streams” as a way of helping people find related articles and courses.  I have done a Difficult Bible Verses Stream where we will be looking at some of these Scriptures.  Check it out today.