Jesus is Savior. This is presented over and over again in Scripture. Jesus Saves is seen or heard everywhere from pulpits to bumper stickers.

Christians say it often, but the world wonders Jesus is Savior from what? Why do we need a Savior? Life often seems to move along naturally. We live, we work, we play, we die. Hopefully we have a reasonably happy life, what is the purpose or need of a savior? The answer to that lies in the nature of God and of reality.

God is absolutely perfect. There is not one imperfection or flaw in His Being, Character, or anything about Him. Since He is perfect, He can only do perfection. He cannot make or do anything that is less than perfect.

God created a perfect spiritual world populated with different kinds of angels. He also created a perfect physical world. In this perfect physical world He made mankind as spirit beings living in physical bodies. He invested in mankind the authority to govern and develop the earth under God and in cooperation with God. The earth was to be a team project between God and mankind.

Somewhere along the way one of the chief angels - perhaps the chief - formed a rebellion. He saw how wonderfully he had been made and thought he should be God. Pride blinded him to the fact that he was a creature like everyone else. Many of the angels [perhaps up to one-third] voluntarily joined him in this rebellion. One of the advantages of being God is being All-Powerful so any rebellion was doomed from the start.

Rebellion or disobedience is sin. Sin is opposing God. It is impossible for us who live in a sin-infected world and whose very bodies are saturated with sin to imagine how horrifying sin is to the pure and sinless God. Think of our lives as a battered, dented VW bug. If someone put a small scratch on it we probably wouldn't notice or care. Think of God like a brand new $450,000 Lamborghini. One small scratch glares out and you do care!

How is God going to act? His chief angel - now called Satan - along with other angels introduced sin into the spiritual creation. God is perfect and therefore is perfect justice. Rebellion must have a perfect punishment. Because God is Eternal, He only creates things which last forever. What this means is that God cannot simply blast Satan and his angels - now called demons - out of existence. Therefore God created not only a "holding cell" but also a dungeon of perfect punishment for them called Hell. 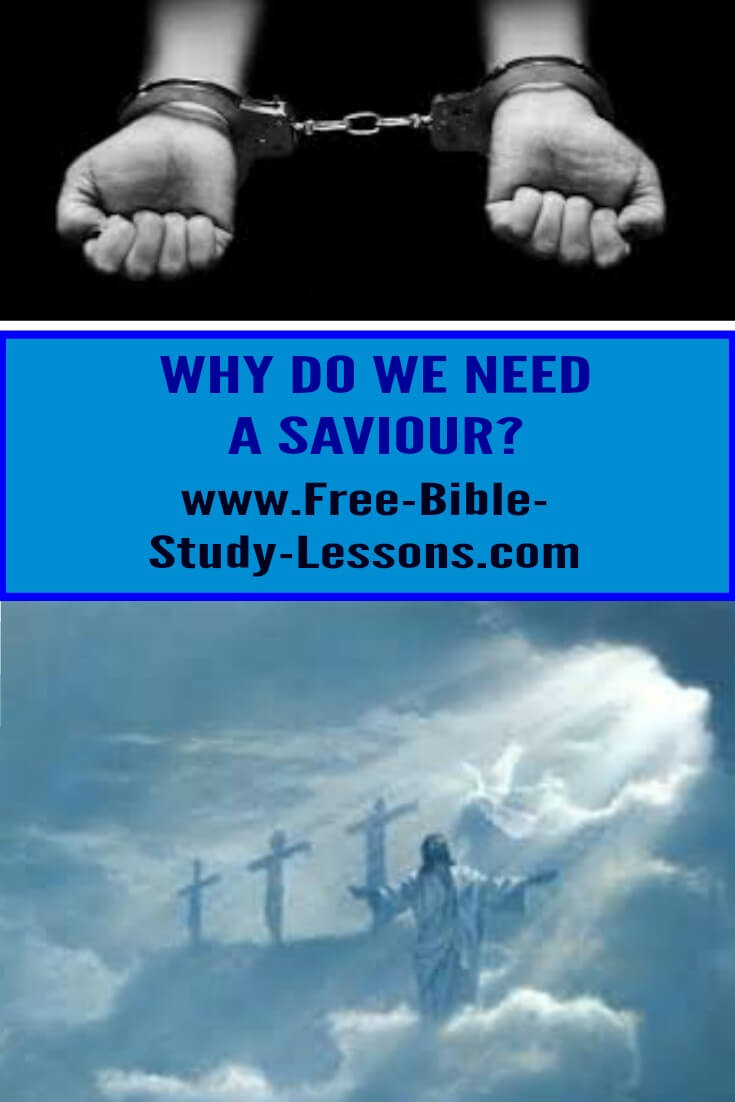 What does this have to do with the fact the Jesus is Savior for mankind? Satan and his demons were not placed in Hell immediately. They will receive their final judgment and sentence at the end of time when all God's creation - spiritual and physical - is judged. So hating God but unable to defeat Him in the spiritual realm, Satan decided to destroy God's loved physical creation especially His human creation. However, Satan had no power over the physical realm - that was man's domain. The only way Satan could gain any power over the physical creation was to get their representative - a man called Adam - to voluntarily join him in his rebellion against God.

This was tricky for Satan because Adam was perfect, in a perfect environment, and in perfect relationship with God. To complicate matters more, God had only told Adam not to do one thing so there was only one thing that Adam could do that would be an act of rebellion and disobedience. Satan decided to attack Adam indirectly. He tricked Adam's wife, Eve, into disobedience. When Eve sinned she joined Satan's rebellion for herself. Adam was then faced with a choice would he remain faithful to God and lose Eve or would he follow Eve into rebellion? As the representative of the human race, whatever decision he made would be passed on to every human being ever to be conceived.

As we know, he chose the course of rebellion. At that moment he ceased to be fully human. A human being is created to be in intimate unrestricted communion with God. That vital connection was broken. Human beings are very adaptable and we think our lives are ok because we have never known how they were supposed to be. In any case, we are all now conceived with sin already infecting us like a terrible cancer just waiting to produce it's final stroke. As I am sure you realized, when we joined Satan in his rebellion we also joined him in his ultimate punishment - Hell. A perfectly just God could not do otherwise. [Neither can He blast us into non-existence - we are destined to suffer forever in Hell.]

Satan thought when he got Adam to join his rebellion that God's human creation would face the same dark destiny that he and his demons were going to face. He neglected the fact that God set up His physical creation on a different principle than His spiritual creation. For the angels they had a one-time decision to make: To rebel or not. Each one made the decision for themselves and once it was make they were forever locked into it. With His human creation God worked with the principle of representation. Adam represented the entire human race, his decision would affect them all. What this meant, though, is that it was possible for another representative to come to change Adam's decision. 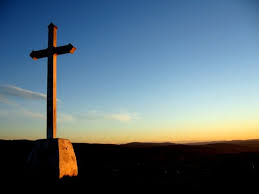 As we saw in Jesus Is Man, Jesus became a genuine Man. He faced temptation to a degree that no human being has and remained loyal and obedient to God. Finally, to be able to proclaim Jesus is Savior, Jesus would have to voluntarily die for the guilty. He would have to pay the price of our sin. The perfect Lamborghini would have to enter a demolition derby and ultimately end up crushed as scrape metal.

Jesus is Savior means He died on our behalf. Every human being is in rebellion to God. We are all spiritual dead, will face physical death, and will enter eternal death. Since the punishment for sin is death, Jesus could not die. He was sinless - no sin, no death. He voluntarily took the responsibility for our sin on Himself. On the cross He suffered the full fury of God on sin. If you want to know how bad sin is and how God feels about it, look at the cross of Christ. If you want to know what Hell is like, look at the cross.

Jesus is Savior means He took our punishment for sin so that we could have His reward for a perfect life. He was our only hope and He unselfishly gave Himself for us.

Jesus is Savior means we can be free from all the sin which drags us down. Jesus is Savior means we can have a personal, intimate relationship with God the way we were originally designed. We can be fully human again! We can enter the joy of knowing God and being a whole person. It is all available. Jesus is Savior. He made it possible. When we repent of our sins and rebellion and accept Jesus is Savior, God instantly sees us as perfect and begins an intimate relationship with us. The Holy Spirit then begins to work in our physical lives to progressively change us so that our life reflects how God already sees us.

How do we come to say, Jesus is Savior? Adam was the representative of the entire human race automatically. Jesus is the Representative of all who choose Him. For Jesus to be our personal Saviour we must make a conscious decision to accept Him as our Saviour. We have to allow Him to be our Representative instead of Adam. We have to acknowledge that He died on our behalf, for our sins, and that He rose again to live in us.

He then brought them out and asked, "Sirs, what must I do to be saved?" They replied, "Believe in the Lord Jesus, and you will be saved—you and your household." Acts 16:30-31