Did Israel Reject Relationship In Favour Of Law?

There are some Christians who believe that when Israel came to Mount Sinai, after being delivered from Egypt, God offered them an unconditional promise-based covenant [Grant Covenant].  This was supposed to be based on the model He had with Abraham [although I don’t believe that covenant was unconditional].  They then refused that covenant and God had to offer them an inferior covenant based on Law.  After which, God was required to deal with them according to Law and not Grace until the New Covenant was established.  Some go so far as to believe that if Israel had accepted the promised-based covenant at Mount Sinai, the New Covenant might have been introduced right then.

Is that really what happened?  Is the Mosaic Covenant really just an emergency, inferior, stop-gap covenant that God put in place until He could get the New Covenant going?  [This seems to me to be very similar to the dispensational idea that there is a gap in Daniel’s 70 weeks or that the Church is a gap because God was caught by surprise when the Jews rejected the Messiah.] 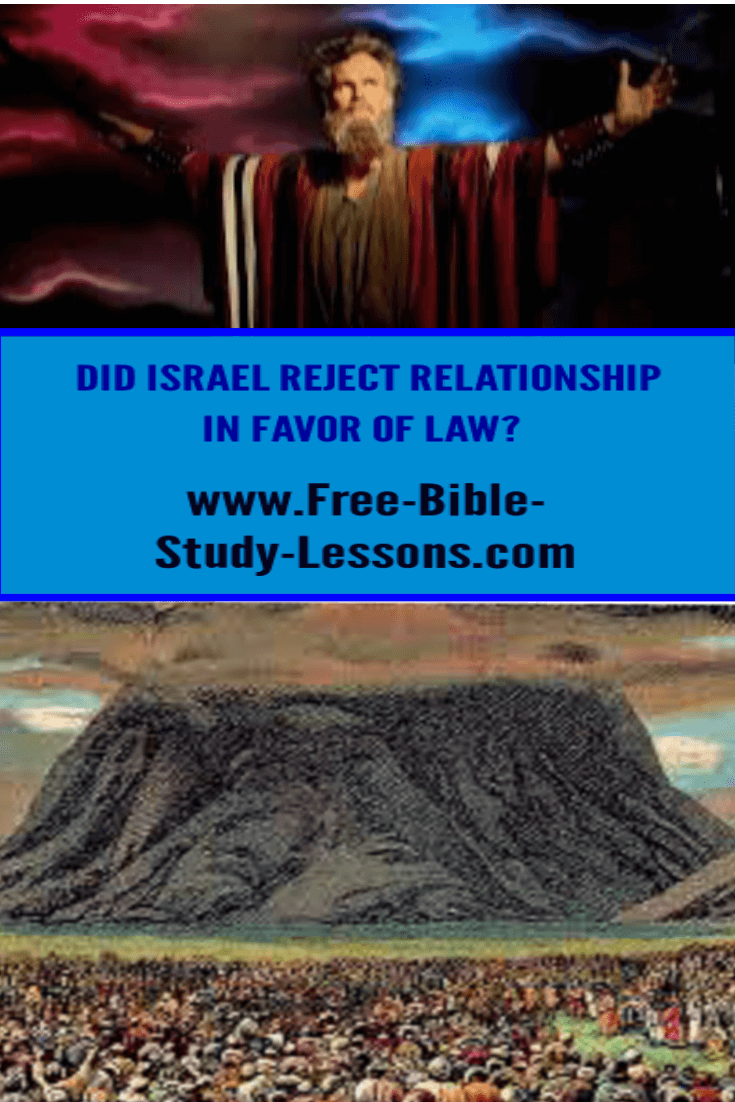 Let’s begin by seeing what God was offering.

Then Moses went up to God, and the Lord called to him from the mountain and said, “This is what you are to say to the descendants of Jacob and what you are to tell the people of Israel: ‘You yourselves have seen what I did to Egypt, and how I carried you on eagles’ wings and brought you to Myself.  Now if you obey Me fully and keep My covenant, then out of all nations you will be My treasured possession.  Although the whole earth is Mine, you will be for Me a kingdom of priests and a holy nation.’  These are the words you are to speak to the Israelites.”  Ex. 19:3-6, NIV

It has been said that this is a Grant [i.e. promise or unconditional] Covenant.  However, conditions are clearly set out:  IF you obey Me fully, IF you keep My covenant.  The benefits of the covenant are linked firmly to obedience to the terms.  Here we have the plan of God entering a new stage, a movement from dealing with individuals from whom the Messiah would come to dealing with the nation from which the Messiah would come.  As we have said in our Love Covenant Course, every covenant has had at least two conditions: faith and obedience.  Even the New Covenant is based on the faith and obedience of Jesus Christ - which we enter into upon salvation.

What covenant is God telling them that they need to keep?  The last covenant made was the Abrahamic Covenant over 400 years previous.  Now God is preparing to make another covenant.  The covenant that they have to keep is the one He is about to offer them.  So the verses above are not the offer of a separate relationship covenant, but are linked to the covenant terms which are to follow.

Before continuing on, let’s see how Israel reacted to the terms of the covenant.

Moses brought this introduction [Ex. 19:3-6] back to the people who responded: “We will do everything the Lord has said.” [Ex. 19:8, NIV].  Sure, easy to say before you hear the terms!  [Notice that they accepted - not rejected - the covenant.]  But in Exodus 24, after God gave the terms we also read:

After this Moses and the elders of the people ate a covenant meal in the presence of God, confirming the establishment of the Covenant.  [See Making Of A Blood Covenant course.]

This was a covenant offered by a Superior [God] to an inferior [Israel]; however, they had a real choice.  They could have said no.  God could have fulfilled His promise to Abraham another way, including making a nation out of Moses - which He threatened to do later.  God is controlled by no one, neither does He override the free will He has gifted to mankind.

The remaining Six Covenants are all steps in restoring this intimate relationship that God desires and Man both desires and needs.  The Mosaic Covenant was a step - not a gap - in this process.  It was in the fullness of time that God sent forth His Son [Gal. 4:4].  His plan was not delayed 1,300 years by an “inferior” Mosaic Covenant.

Yes and No.  This was a national covenant and as a nation they repeatedly violated the terms of the covenant.  A violated Blood Covenant requires the death of the violator.  Yet God, in mercy and grace, did treasure the nation of Israel and worked hard to bring them into obedience to the covenant - an obedience they had voluntarily agreed to.  Eventually the consequence of the violated covenant had to be paid.  God gave them a taste of this in the Babylon and Assyrian Captivities.  Then He returned them to the land in hopes that they would be faithful to the Covenant so that they could have the covenant blessings.  While they did seem to forsake the heathen idols after the captivity, they turned the Law into an idol.  [It was this misuse of the Law that Jesus, Paul and others strongly opposed.]  Finally, God carried out His Blood Covenant obligation in AD 70 after over 1,300 years of mercy and grace.

Having said that, the True Israel - those of faith [Rom. 2:28-29] referred to as the remnant - were a treasured possession.  We know of some famous ones like Daniel, Easter, Ruth, Isaiah, etc.  However, there were many more “grass roots” believers.  In a low period during the days of Elijah they had dwindled to a mere 7,000 out of the nation [1 Kings 19:18], but they were there.

Did Israel Become A Kingdom Of Priests?

Again the answer is Yes and No.  Because of the violated Covenant the nation had no Covenant right to enter the presence of God.  Yet anyone with faith, whether they were of the Levitical priesthood or not could come to God in prayer and have a relationship with Him.  Daniel and David, for example, were both from the tribe of Judah.  Due to the Babylonian Captivity, the daily sacrifices and the Day of Atonement were not even being observed when Daniel and God had their intimate relationship.

The nation rejected and lost the opportunity to be a kingdom of Priests; however, the True Israel did become a Kingdom of Priests.  Hannah was able to pray to God for herself and He listened to her [1 Sam. 1:10].  Many of the prophets interceded not only for Israel, but also for other nations.

Was Israel A Holy Nation?

Only a few times in their history did the physical nation come close to being the Holy Nation God desired.  Nevertheless, the True Israel, the remnant of faith, was indeed a Holy Nation in His eyes.

What Was God’s Verdict On Israel’s Actions At Mount Sinai? 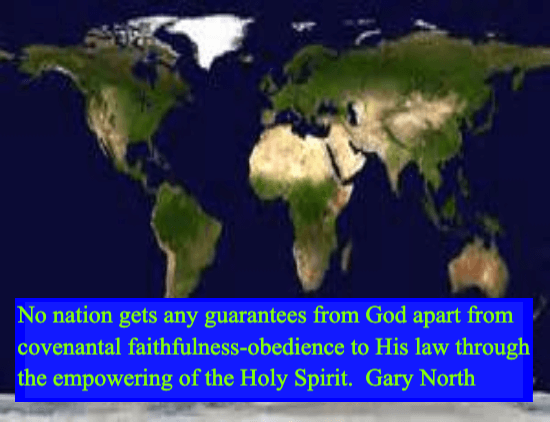 Some Christians have said that when, after hearing God’s booming voice giving the Ten Commandments [Deut. 5:24], Israel asked Moses to go and met with God on their behalf that they rejected relationship and asked for Law.

Second, God is very clear that He was pleased with their response.  Far from rejecting a relationship Covenant for a Law Covenant, they did something right for a change!

A reading of the story shows that God did not offer one covenant to have it rejected and so had to offer another - inferior - one instead.  No.  God offered one covenant, one that they were able to keep and that they freely and voluntarily accepted.

Our Most Popular Pages