An understanding of the concept of Biblical types and shadows is essential as we read through the Old Testament and consider its applications in the New Testament.

They serve at a sanctuary that is a copy and shadow of what is in heaven. This is why Moses was warned when he was about to build the tabernacle: “See to it that you make everything according to the pattern shown you on the mountain.”  Heb. 8:5, NIV

The law is only a shadow of the good things that are coming—not the realities themselves...  Heb. 10:1, NIV 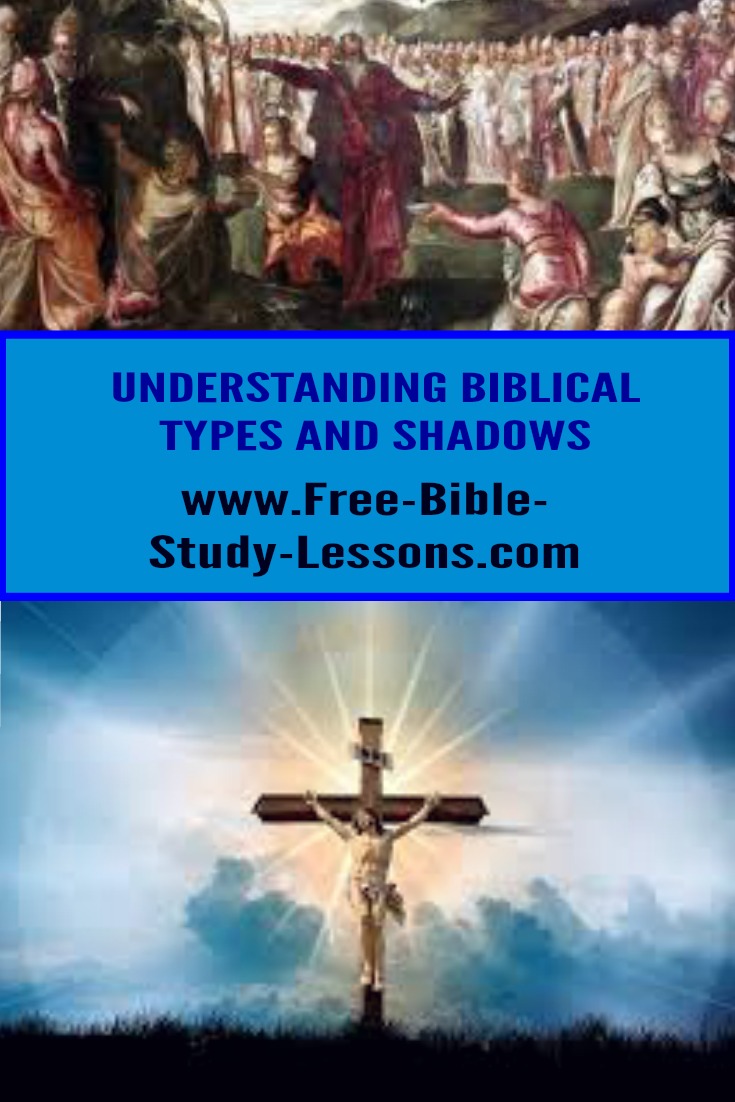 Biblical types and shadows are symbolic pictures of something that has not yet arrived, although there is more to it than that, as we will see.  The original item or picture is called the type, and what it is picturing is called the antitype.

“I will stand there before you by the rock at Horeb. Strike the rock, and water will come out of it for the people to drink.” So Moses did this in the sight of the elders of Israel. Ex 17:6, NIV

…and drank the same spiritual drink; for they drank from the spiritual rock that accompanied them, and that rock was Christ. 1 Cor. 10:4, NIV

We should note that examples are not types.

These things happened to them as examples and were written down as warnings for us, on whom the culmination of the ages has come.  1 Cor. 10:11, NIV

By faith the prostitute Rahab, because she welcomed the spies, was not killed with those who were disobedient. Heb. 11:31, NIV

Rabab is given an example of faith, but that does not mean she was a Biblical type and shadow.  She exhibited certain Godly traits that we should learn from and follow.   [This is also called an archetype or model, i.e. an example]  Likewise, we are also shown bad examples so that we can avoid them in our own lives.

Biblical types and shadows point to the sovereignty of God and His overall complete plan.  Only then can we see that specific events and people were designed to reveal a higher purpose later.  We could consider it a prophecy where a person, object, or event predicts or pictures something similar [but greater] in the future.

What Are Biblical Types
And Shadows? 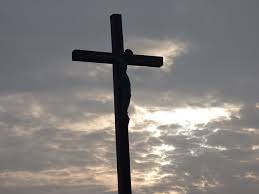 1.  Biblical types and shadows are a real service, object, event or person that had meaning in and of itself.  For example, the Old Testament sacrifices had meaning for the people who participated in them.  Even if those people did not understand that the sacrifices were a type and the antitype was still coming, they acted obediently.  They were placing their faith in the revelation of God up to that point.  So a type is not simply an immaterial illustration or a predictive word.  It had real substance in and of itself, regardless of any future application.

In the “Rock” example above, the rock was a physical rock that met the needs of the people for water in the wilderness in an actual historical event, regardless of any future application of the incident.

2.  Biblical types and shadows have to point to something real and greater in the future.  They are not just giving an example to follow or avoid.  The first instance of Moses striking the rock exemplifies God’s faithfulness despite complaining and shows Moses’ obedience, but that would not make it a Biblical type or shadow.  It is a type because it pictures what would happen to Christ and the resulting blessing.

3.  Biblical types and shadows need to have the purpose of training or making the antitype clearer - like learning addition before algebra.  The type should not be more complicated than the antitype, just as a shadow of a man’s head gives the general outline and features, but the real thing is full of details unseen in the shadow.

The sacrifices and feasts of Israel are good examples.  They were for the benefit of the people under the Old Testament, but they also detailed what was coming in the New Testament.  They are a training tool even for us.  As we study them and understand the reasons for each aspect of the sacrifice/feast, we can gain a deeper and richer understanding of what we have in the New Testament period.

Unfortunately, some Christians have been deceived into thinking that there is something “spiritual” by observing the Old Testament feasts.  This is anti-Biblical.  It places more importance on the type than on the completed goal which the type looked toward to.  It dishonours Jesus because of its misplaced focus.  It is like a person staring at and preferring a picture of their spouse when their spouse is sitting beside them!  Most spouses would be insulted by such an action.

Others look forward to a supposed time when these feasts and sacrifices will be revived.  The type only has physical meaning before the arrival of the antitype.  Once the antitype has come, the type only has spiritual and teaching functions.  To try to return to a physical observance of the type is absurd. For example, the lamb was sacrificed for the current need of those who offered it and as a type of the sacrifice of Christ, the Lamb of God, on the cross [the antitype].  For anyone to think that they could offer a physical lamb sacrifice either now or in the future that would have any meaning for God is to misunderstand the Word of God.  It would incur the wrath of God as a rejection of the precious blood of His Son for the blood of an animal.

The Case Of The Rock

There are two times when Moses hit a rock, and water gushed out.  The first time, in Exodus, God told him to hit the rock.  The second time, in Numbers, God told him to speak to the rock, but he hit it anyway.  And because of that action, Moses [and Aaron] were not allowed to enter the Promised Land.  Why such a harsh judgment for a man who talked to God face-to-face and faithfully led the rebellious Israelites for 40 years?

The Lord said to Moses, “Take the staff, and you and your brother Aaron gather the assembly together. Speak to that rock before their eyes and it will pour out its water. You will bring water out of the rock for the community so they and their livestock can drink.”

So Moses took the staff from the Lord’s presence, just as he commanded him.  He and Aaron gathered the assembly together in front of the rock and Moses said to them, “Listen, you rebels, must we bring you water out of this rock?”  Then Moses raised his arm and struck the rock twice with his staff. Water gushed out, and the community and their livestock drank.

But the Lord said to Moses and Aaron, “Because you did not trust in me enough to honor me as holy in the sight of the Israelites, you will not bring this community into the land I give them.” Num. 20:7-12, NIV

I am sure there are several reasons, but the one which pertains to our subject is that Moses ruined the type that was being developed.  Christ would be struck once [at the cross] but never again.  After salvation was purchased, the blessings of God are attained through speaking with Jesus.  Moses’ actions presented a false type [picture] of Jesus being repeatedly stuck.

Also, some people believe that the only types are the ones where Scripture explicitly reveals the antitype.  This is not the case.  We are called to be people who study and discern the Word of God.  Under the guidance of the Holy Spirit, we can discover types and shadows that He has placed in the Old Testament and then search for the antitype in the New Testament to better our understanding of both Testaments.  This does not mean we are free to declare anything with similar characteristics to be a type and antitype.  We must diligently search the Scripture in context, keeping the rules of types and shadows in mind, to discover what the Holy Spirit has put there, not what our fancy is seeing.

So come on, let’s leave the preschool finger painting exercises on Christ and get on with the grand work of art. Grow up in Christ. The basic foundational truths are in place: turning your back on “salvation by self-help” and turning in trust toward God; baptismal instructions; laying on of hands; resurrection of the dead; eternal judgment. God helping us, we’ll stay true to all that. But there’s so much more. Let’s get on with it! Heb. 6:1-3, Message

And understanding types and shadows with their antitypes are a part of that...