Although the term, Prince of peace, is only used once in Scripture it is at the core of the mission of Jesus to planet earth. But why is Jesus given this title? What kind of peace does He bring?

"For to us a child is born, to us a son is given, and the government will be on his shoulders. And he will be called Wonderful Counselor, Mighty God, Everlasting Father, Prince of Peace." Is. 9:6

Peace can refer to many things. We can think, in these troubled times, of national peace, where nations are not at war but voluntarily cooperate with each other. We could think of peaceful times in our communities hoping that crime and distrust will be things of the past. We could also think of tranquil family life where there is not fighting, arguing, hurt feelings, etc. Or we could even think of inner peace as we long for release from stress or guilt. There are many ways we could desire the Prince of Peace. But in which of these ways is Jesus the Prince of peace?

Although Jesus is the Prince of peace, He did not come to deal directly with any of the above situations. All of the unrest in the above paragraph, has the same root cause. It is that cause that Jesus came to fix and in fixing it He becomes the Prince of peace, although sometimes His work of peace can actually bring war on other levels - as we will see later.

What is the root cause of all unrest and war? God created mankind to live in harmony with Him. It is a vital part of our make-up. As we saw in Jesus Is Saviour, Satan initiated a war against God. Adam, as the representative of mankind, voluntarily joined Satan in this war against God. The peace of the universe was shattered and the great war invades every aspect of life. Now, instead of light and joy and peace, a massive shadow rolled over all of creation. This shadow of sin infected everything as a cancer eating away at a once healthy body. 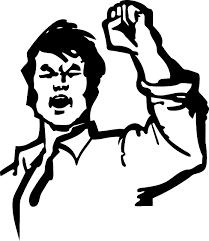 Every human being is born into this war on Satan's side. We all begin in rebellion against God. Every time we sin, we raise a hateful fist into the face of God and defy Him to stop us. We are all guilty. Because we have no peace with God, we can have no ultimate peace with each other. We may have a camaraderie because of our common war against God or a cease-fire for mutual benefit, but true peace there can never be without God.

God is perfect justice; therefore, He is at war with everyone who is war with Him. God designed Hell for the rebellious angels. When mankind joined Satan in war against God, that became their destiny as well.

Jesus came, as Prince of peace, to bring peace between God and man. God was the offended party and had never wanted the war [as we see in The Love Covenants]. Nevertheless, when war was declared by Satan and joined by Adam, God's justice went to war to maintain what was right and true.

What really was at stake in this war? It was not God's position. God is God and can never be dethroned. That was Satan's fantasy, but part of being God is being in total control. God Himself was never threatened. The angels also are not the object of this war. The angels made a one time decision to obey or rebel. They are forever locked into their decision. The rebellious angels, now called demons, are going inevitably to Hell. Nothing that happens between now and then can change that. Their dark destiny was fixed the moment they rebelled.

So what is the only changeable object in this war? The only ones who can change sides are human beings. Jesus came to offer peace with God to mankind. We can change sides. We do not have to be locked into a dark destiny like the demons. Because Jesus is the Prince of peace, we can enter into a new, loving relationship with God. We can have what Adam had before the Fall...and more. It is all there.

The Cost Of Peace
For The Prince Of Peace

This peace did not come at zero cost...nothing ever does. As we saw in Jesus Is Man and Jesus Is Saviour, the justice of God against sin [also referred to as the wrath of God] had to be satisfied. As Perfect Justice God could not simply pretend that nothing had happened. The crime of rebellion had been committed, the war had been started, Perfect Justice requires Perfect Punishment. In order for peace to exist between God and man, someone had to take the punishment.

When you were dead in your sins and in the uncircumcision of your flesh, God made you alive with Christ. He forgave us all our sins, having canceled the charge of our legal indebtedness, which stood against us and condemned us; he has taken it away, nailing it to the cross. And having disarmed the powers and authorities, he made a public spectacle of them, triumphing over them by the cross." Col. 2:13-15

To become the Prince of peace and bring us back to God, Jesus - God as a human being - had to take the punishment for our rebellion. He had to pay the price for our sins. The pain, suffering and work of the cross was the cost to bring an offer of peace from God to man.

Now Jesus, the Prince of peace, stands and offers forgiveness and amnesty to all who will accept Him as Lord and Saviour. Our rebellion and warfare against God can be forgiven. We can have peace with God and eternal life with Him. There is only one term to this complete amnesty: unconditional surrender.

"For he himself is our peace, who has made the two groups one and has destroyed the barrier, the dividing wall of hostility, by setting aside in his flesh the law with its commands and regulations. His purpose was to create in himself one new humanity out of the two, thus making peace, and in one body to reconcile both of them to God through the cross, by which he put to death their hostility. He came and preached peace to you who were far away and peace to those who were near. For through him we both have access to the Father by one Spirit." Eph. 2:14-18

"...for all of you who were baptized into Christ have clothed yourselves with Christ. There is neither Jew nor Gentile, neither slave nor free, nor is there male and female, for you are all one in Christ Jesus." Gal. 3:27-28

All Christians are now at peace with God and each other. There is to be no racism, no sexism, no social snobbery, etc. Of course, we know this is a process. Although we are saved and original sin is removed, we still struggle with individual sins and sometimes make war on those to whom we are supposed to be at peace with. God forgive us. 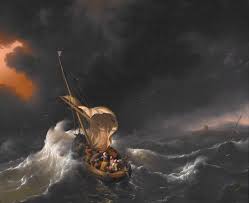 "Therefore, you kings, be wise; be warned, you rulers of the earth. Serve the LORD with fear and celebrate his rule with trembling. Kiss his son, or he will be angry and your way will lead to your destruction, for his wrath can flare up in a moment. Blessed are all who take refuge in him." Ps. 2:10-12

If we truly want peace on earth and goodwill to all men, then we must give God glory in the highest. We must seek to fulfill the prayer of Jesus when He prayed that God's will would be done on earth as it is in heaven.  We must work, under the direction and power of the Holy Spirit, to return  all aspects of life on earth to the Lordship of Jesus Christ. When that happens we will have peace on earth. Until that happens earth is the battleground in a spiritual war which fights through human representatives. We must introduce Jesus, the Prince of peace, and His offer of amnesty to those at war with God [whether they know they are at war or not].