Christian discipline means placing oneself under orders. It is no mere business of self-improvement, to be listed along with speed-reading, weight watching, jogging, time management, home repairs, or how to win friends. Such programs have a strong appeal that is largely self-serving; what's in it for me? Will I improve me IQ, my looks, my build, my efficiency, my house, my bank account? Will I be better liked, courted, taken more seriously, promoted? If these are the goals, certainly it helps to pursue them with the encouragement of and in the company of others with the same ambitions. Social pressure goes a long way, but in the end a do-it-yourself program depends on willpower alone, which is not enough for most of us.

The disciple is one who has made a very simple decision, Jesus invites us to follow Him, and the disciple accepts the invitation. I do not say it is an easy decision, and I have found that it needs to be renewed daily. The conditions are not such as attract multitudes. Jesus stated them: 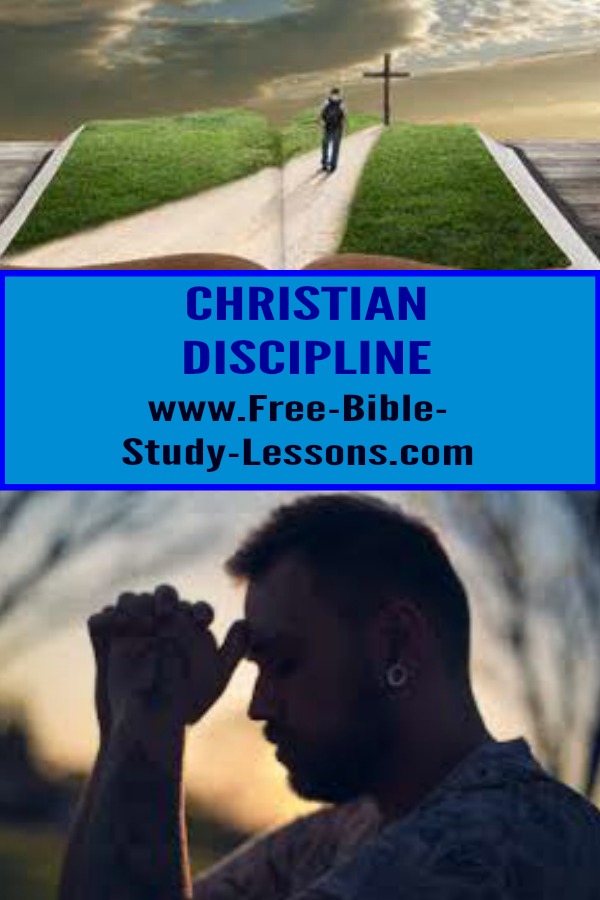 1. He must leave self behind

2. he must take up his cross

The result of the decision is guaranteed:

1. Whoever cares for his own safety is lost

2. but if a man will let himself be lost for My sake, he will find his true self.

The disciple is not on his own, left to seek self-actualization, which is a new word for old-fashioned selfishness. He is not "doing his thing" to find his own life or liberty or happiness. He gives himself to a Master and in so doing leaves self behind. Any ordinary life in any ordinary town provides ample opportunity to do this. Riding on a New York bus recently, I saw a woman reach over and slide open a small section of a window. The bus was very crowded and I was glad for a little fresh air. The window was angrily slammed shot by another woman.

"It's not really cold out,"said the first, "Can't we have a little air?"

"Not on my back you can't," came the reply, a perfectly natural one.

The disciple, however, lives by a different rule, a rule not natural to anyone who is a sinner. He will let himself be "lost." It is the great principle of the cross that he takes up - out of his own loss comes another's gain, out of his discomfort another's comfort. How easily we profess a willingness to follow, imagining some notable work for God, some great martyrdom - but forget the first condition the minute there is a little cold air on the back of the neck.

When I was in college, it was the custom when the yearbook came out to ask one's friends to autograph it. Usually they wrote a few words in addition to their signature, and when a girl asked for the autograph of a man she especially admired, she secretly hoped for some clue to his feelings toward her in the words he wrote. Jim Elliot signed his name in my Wheaton Tower and added only a Scripture reference: 2 Timothy 2:4.

"A soldier on active service will not let himself be involved in civilian affairs; he must be wholly at his commanding officer's disposal."

The message was loud and clear. Any hopes I might have entertained, any feelings Jim himself might have had for me that he had not at that time expressed, must give way before the guiding principle of his life. He was not a liberty to plan the future, being at the disposal of someone else.

Any "soldier," and candidate for Christian discipline, ought daily to report to his commanding officer for duty. At your service, Lord. What the soldier does for the officer is not in the category of a favor. The officer may ask anything. He disposes of the soldier as he chooses. The very thought strikes horror to the modern mind. "Nobody's going to tell me what to do. Nobody has the right to dispose of me."

This pattern of thinking has its powerful effect on Christians as well, so that we have come to imagine that discipleship is somehow an "extra." We suppose that we can be Christians, going to church, saying our prayers, singing those sweet songs about loving and feeling and sharing and praising, without taking our share of hardship. Those who wish to make a special bid for sainthood, we tell ourselves, might try discipline ["it has its place"] as through it were an odd or fanatical life-style, not the thing for most of us.

It is as though we might be Christian without being disciples.

"Yes, I want to be a Christian, but no, I don't want to be Your disciple, Lord. Not yet, anyway. It's a bit much to expect."

"Yes, I'll be a disciple, but no, I certainly don't want to leave self behind."

"I'll leave self behind if You say so, Lord, but don't ask me to take up any crosses. I'm not sure I'd feel comfortable with that."

"Follow You, Lord? Well, yes, sure - but let me have a little input, won't You, about where we're going?"

Nothing could be further from the spirit of the Gospel. The very reason Christ died "…was that men, while still in life, should cease to live for themselves, and should live for Him who for their sakes died and was raised to life."

To be a Christian in New Testament terms is to be a disciple. There are no two ways about it. We have a Savior who has forgiven us and saved us from the penalty of sin. Most of us would happily settle for that. But He did to save us also from our sins, many of which we love and hate to part with. Christ could not have done this if He were not Lord over all the powers of evil. Jesus Christ is Savior because He is Lord. He is Lord because He is Savior. I cannot be saved from my sins unless I am also saved from myself, so Christ must be "commanding officer" in my life.

Excerpt from the book Discipline - The Glad Surrender by Elisabeth Elliot.  To see Quotes from this book, click here.