The God Of Abraham

"Then he said, “I am the God of your father, the God of Abraham, the God of Isaac and the God of Jacob.” At this, Moses hid his face, because he was afraid to look at God."  Ex. 3:6

God identified Himself with three men.  First He called Himself the God of Abraham.  It was with Abraham that He entered into a Blood Covenant which involved great and mighty promises. 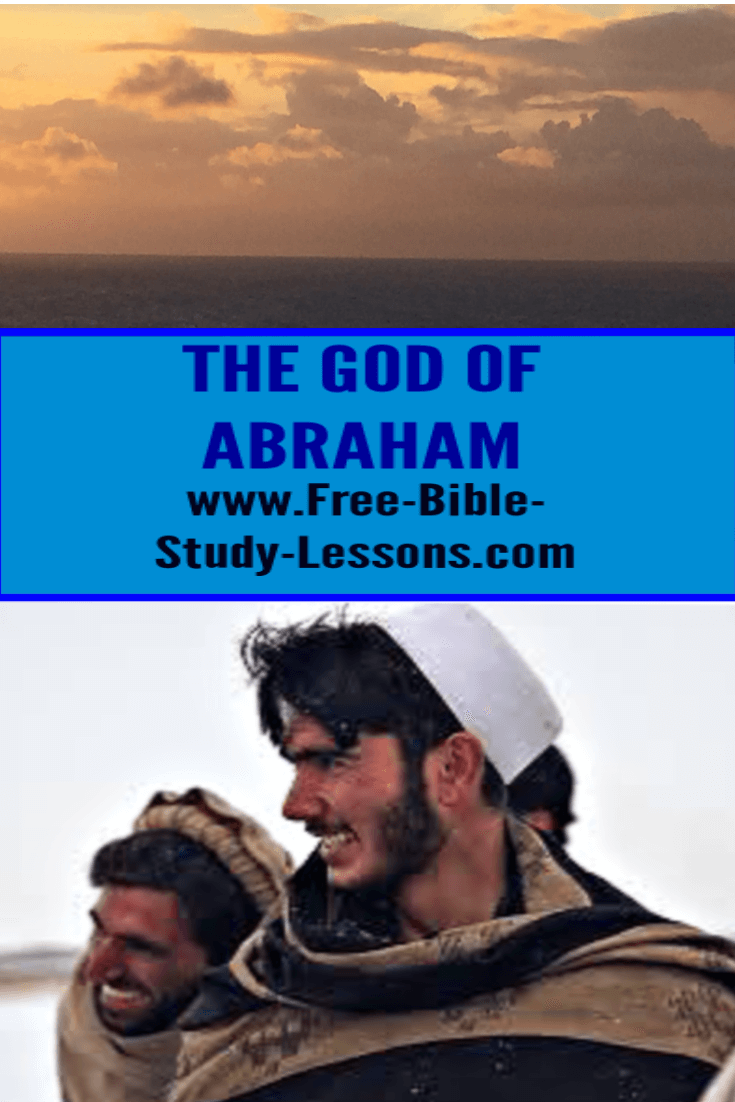 Abraham became a great man, but he did not start out that way.  Abraham started out an idol worshipper in a heathen land.  God, in grace, called him and told him to leave behind all he knew and step out into the unknown with God.  God finds us where we are, and asks us to go beyond what we can see.

The story begins in Gen. 12.  God called Abraham to go to a land he would be shown.  Abraham did not even know where he was going.  God gave him great promises, but Abraham had no evidence other than the Word of God to go on.

Abraham's obedience was not complete.  God had told him to leave his father's household behind, but he took his nephew Lot with him.  This later caused trouble and tension in the family as always happens when we stray from God's perfect plan.  God does not look for perfection in frail human beings, but He does look at the heart attitude and desire.  Nevertheless, it required great faith and courage to step out as Abraham did.

Abraham backed up his faith with works.  He did not just say, "I believe the promises."  His faith produced works.  He left his home behind.  He followed God's instructions when they were given.  What we really believe we will act on.  Or to look at it the other way around, our actions reveal what we really believe!

God delighted in Abraham.  He allowed Himself to be called the God of Abraham.  Abraham is also the only person directly mentioned in Scripture as the Friend of God.

How can we experience the God of Abraham?  How can we become the Friends of God?  Just as Abraham was called to leave behind the only world he knew and step into a new world without complete information, so we are called to leave the sinful world behind through salvation found only in Jesus Christ and step into God's new world not knowing exactly what it is.  As we walk in obedience to the commands of God we grow in faith and experience.  We grow closer to God with each step.

Abraham was not perfect, but his heart was after God and nothing the world threw at him made him doubt the Word of God.  True, he was confused at times as to how things would work out, but that is not the same as doubt.  Many "accept" Jesus as Saviour but continue to live according to their own beliefs and desires.  Entering the New World of God requires being willing to drop all our old - and sometimes cherished - beliefs and ways of doing things and examine everything in the light of Scripture.  It is a process, but we are to be constantly moving forward.  When we are, the God of Abraham will be our God and we will mature from children of God to sons and friends of God.  Let us never be content with where we are, let us never doubt the Word of God, let us never be satisfied with anything less than intimate friendship with Christ.