How you have fallen from heaven, morning star, son of the dawn!

You have been cast down to the earth, you who once laid low the nations!

You said in your heart, “I will ascend to the heavens; I will raise my throne above the stars of God; I will sit enthroned on the mount of assembly, on the utmost heights of Mount Zaphon.  I will ascend above the tops of the clouds; I will make myself like the Most High.”

But you are brought down to the realm of the dead, to the depths of the pit.

Although literally speaking of the king of Babylon, most Bible Scholars believe that these verses are an allusion to the fall of Satan.  If so, these verses show that Satan desired to be as God or greater than God.  Satan was disappointed in his attempt to overthrow God.  There are advantages to being God such as being All-Powerful and All-Knowing.  It is the height of pride and deception to think that any plan can succeed against God.

So Satan, now fallen from heaven, roams the earth trying to destroy.  And although there are many different surface temptations, the heart of sin in them all is the same - “I will ascend” - to be our own god.

Eve was the first person to face the Tempter and experience temptation.  Read Gen. 3:1-7.  Do you see the heart of sin in this temptation?  “You will be like God.” 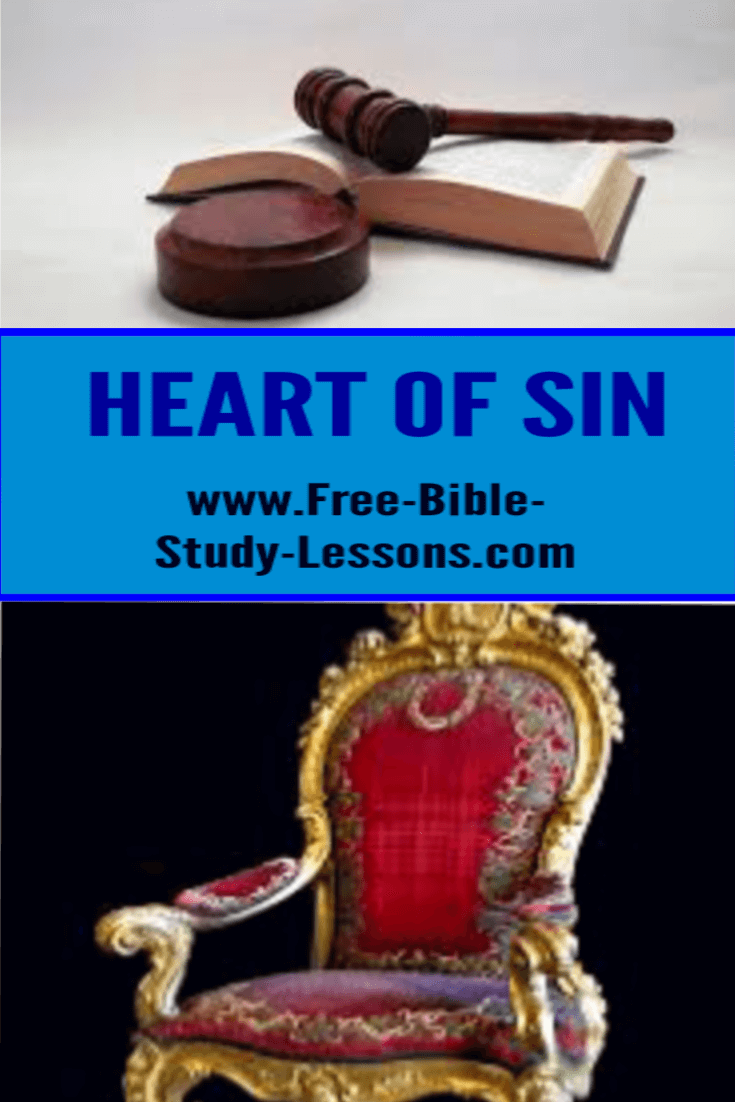 There are as couple things to notice in the temptation of Eve:

1.  Satan promises what he cannot deliver.  He did not tell Eve, “Eat of the fruit and I will make you a devil like me.”  Instead, he comes smoothly with the idea that Eve could make herself a god.  She could know what God knows.  Satan promised her godhood - something he had absolutely no way of fulfilling.  There is only one God.  There will ever only be one God.

2.  Satan did not ask Eve directly to join his rebellion.  He simply offered her a choice, a different perspective.  He said she wasn’t getting the whole picture.  There was something better out there.  He wanted her to consider the facts, think about what he said and make up her own mind.

It is important to see that Eve sinned and lost her innocence when she directly disobeyed God’s command, BUT Satan won when Eve considered which way was the right way.  Even if Eve had decided not to eat the fruit that day Satan would still have won a tactical victory.  Yes, on one level Eve would have “passed the test” but by deciding between two options she had made herself a judge of the Word of God.  The heat of sin with its root of “I will ascend” would have already been planted.

In order to be a judge you have to have greater authority than the one or thing you are judging [James 4:11-12].  So in considering Satan’s Word and God’s Word as possible options in her life, Eve had already ascended to throne of her heart to judge the Word of God.  If she had made the “right” choice, it would have been because she decided it, not because God had said it.

“I will ascend” - the desire to be as a god even if just in our own life - is at the heart of every temptation and sin.  Satan reproduces who He is.  The way he presents it changes from person to person, temptation to temptation even culture to culture, but the proud foundation of self-will is the same.

The “I will ascend” is the deeply ingrained sin nature that we all struggle with here on earth.  We can see this proud rebellion dramatically played out in our generation as some people are under the delusion that they can even choose their own gender.  Yet to some degree we all want to play god, futilely trying to create our own reality and chasing our own destiny.  We will never be 100% free until we see Jesus face-to-face, but we should be growing more in obedience to His will and our self-will should be fading.

So how, as Christians, do we stand?  We stand 100% committed to the truth of the Word of God.  We do not judge the Word of God.  God’s Word is sure even through we are imperfect followers of it.  It is not God’s Word that is at fault, but our sinful desires and incomplete obedience.

Does that mean we just accept everything in the Word of God and go about our lives sprouting simplistic Bible verses as the answer to every problem?  I am sure we have all heard people quoting Biblical cliches that haven’t helped anyone.