"Then entered Satan into Judas surnamed Iscariot, being of the number of the twelve."  Luke 22:3

Judas does not seem like a super villain, yet there can be no greater crime than betraying the Son of God.

Judas was just a normal, nice man.  He didn't want to murder anyone or commit adultery.  He just wanted nice things for himself and he didn't care if he had to steal in order to get them.  He allowed greed to get a hold on his heart.  Not something big, just a little seed. 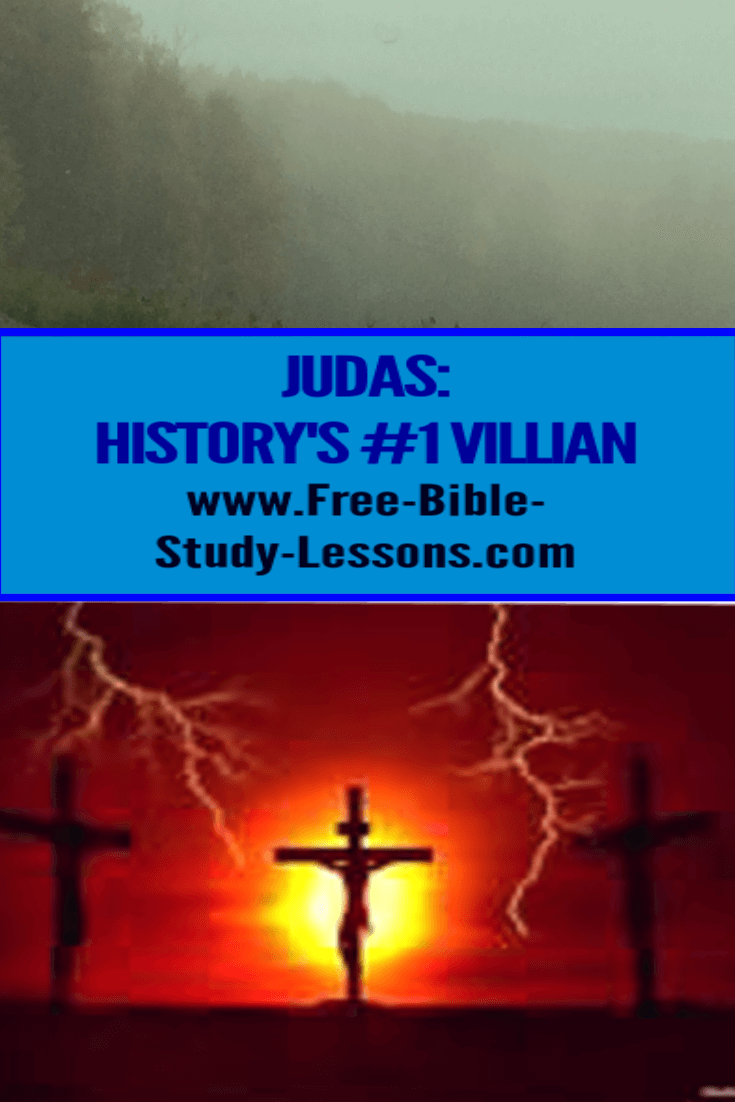 Why did Judas join the twelve disciples?  Because, like the rest, he saw Jesus as the coming Messiah.  He had the average Jewish vision of the Messiah, a powerful man who would defeat the Roman Empire and set up a Jewish Kingdom to rule the world.  He wanted to be close to the seat of power and the riches it would bring.  True, Jesus did not look like a powerful ruler, but neither had many of rulers of the past.  The other disciples had the same vision - and sometimes fought about who would be the greatest when they thought Jesus wasn't listening.

The other disciples; however, had a love for and a commitment to Jesus that went far beyond their desire for personal benefit.  They did not always have the strength to carry out their desire before the infilling of the Holy Spirit, but the desire was there.

Judas' commitment was to his personal advantage.  He wanted success and profit above all things.  He was not what we would normally think of as an extremely evil man.  He was just a small man looking after himself and not afraid to steal in order to do it.

What led this small-time thief to be the greatest villain of all time?  Just little steps.  Just little sins.  Just little secret selfish pleasures.  No one would know.  It's not really hurting anyone.  I deserve it.  Sounds a lot like our excuses, doesn't it?

I suspect Judas realized before the others that Jesus as not the kind of Messiah that they had envisioned.  With that disillusionment came the idea to "cut his losses" and seek a better deal somewhere else.  But how could he do that for the most profit?  Idea!  The Jewish leaders were always wanting to get their hands on Jesus when He wasn't surrounded by crowds.  He could make some quick money and then go out on his own.

As selfish and self-centered as Judas was, he probably liked Jesus.  He talked himself into believing that the Jewish leaders would only threaten Jesus and perhaps punish Him with whipping and/or excommunication.  He could live with that.  He did not realize the extent of the hatred that was focused on Jesus and would take his own life when he saw they were going to murder Jesus.

We have to be very careful not to habour in our hearts secret sins.  Sin cannot be controlled.  Little sins, which we enjoy and do not deal with, take us by the hand and led us places we would never have imagined going.  We allow Satan a foothold in our lives.  Who can see what the end will be?  Judas had no intention of betraying the Son of God to death.  He was just looking out for number one: himself.