Forced To The Cross

Then Jesus said to his disciples, "If anyone would come after me, he must deny himself and take up his cross and follow me."  Matt. 16:24

Sometimes we have a warped concept of God.  We think of God as harsh and demanding.  We fear that He will put us through all sorts of painful experiences.  We become afraid of God for what we think He will do to us or make us go through. 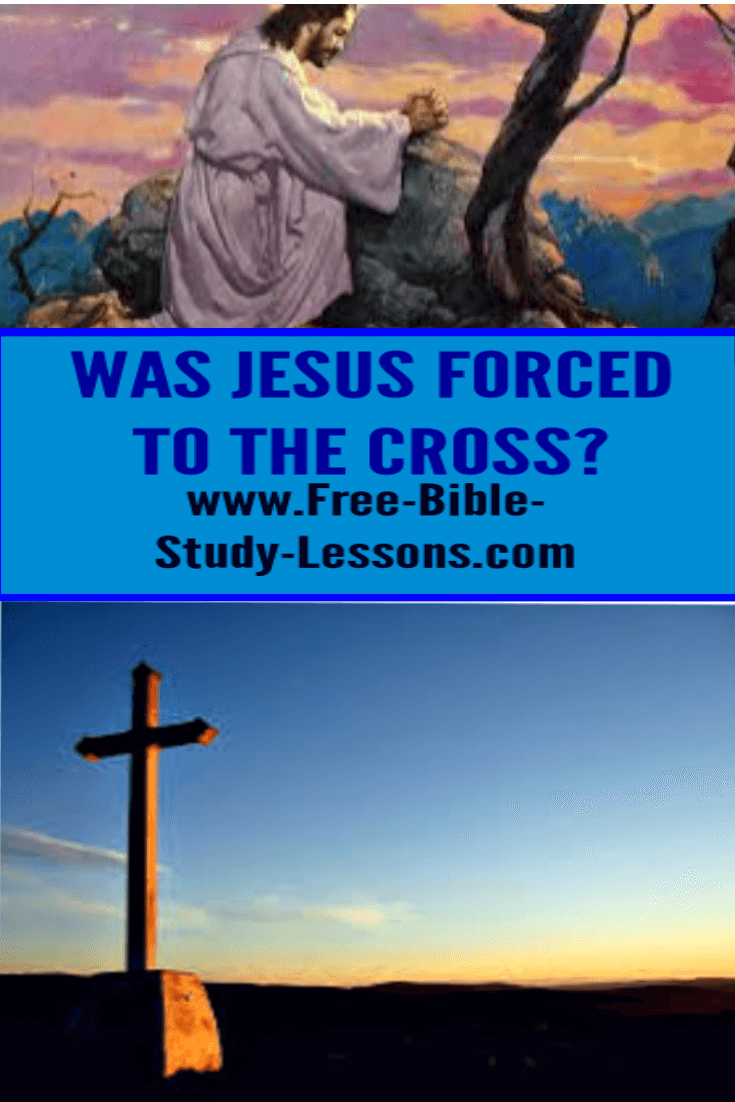 Consider Jesus.  The cross was the will of God for His life - not because God took pleasure in it, but because it was the only way to bring redemption to mankind.  Without that cross we would have been forever sentenced to the horrors of Hell.  No hope.  Everything depended on one Life.

What is a cross?  Today it is a piece of jewelry that most people do not give a second thought about.  In the days of Jesus it was a cruel, shameful, painful way for criminals and rebels to die.  To voluntarily carry or go to a cross was unheard of.  Yet Jesus told His followers that in order to become disciples they would have take up a cross and follow Him.  He knew His path, and He knew what the path would be like for any who would follow Him.  He knew they would have to be willing to deny themselves and display love and obedience.  He knew the cost would be great.

But notice carefully:  Jesus did not say, "If you want to be My disciple I will put a cross on you."  No, like the Father, Jesus declares His will and makes known that there is no other way to discipleship.  However, the choice remains with each person who would be a follower.  They will not be forced to the cross.  They must voluntarily choose to take up the cross.  It may or may not lead to physical death, but it will lead to death of self.

I heard the testimony of a lady missionary in China.  At one time she was praying for God to send her a husband.  She felt that God answered her, but no one came.  Someone missed their call.  I heard of a pastor of a successful church in the US who said God told him that he was the fifth person He had asked to start that church.  Four Godly men before him did not want to take up their cross.

How about you and I?  What path will we take?  Who will be blessed or hurt because of our decision.  Jesus will never force us to the cross, but we must choose it for ourselves if we would be disciples.

The other side of the story is that there is a joy and a reward for the disciples that far outweighs any cross they take up.