Mary Magdalene is well-known in the life of Jesus, yet the Scriptures have very little to say about her.  The first time she is mentioned is in Luke 8:1-3:

After this, Jesus traveled about from one town and village to another, proclaiming the good news of the kingdom of God. The Twelve were with him, and also some women who had been cured of evil spirits and diseases: Mary (called Magdalene) from whom seven demons had come out; Joanna the wife of Chuza, the manager of Herod’s household; Susanna; and many others. These women were helping to support them out of their own means. [NIV]

From her name Magdalene she know she came from the town of Magdala near Tiberias on the Sea of Galilee.  The town has one possible reference in the Bible in Matthew 15:39.  Some manuscripts say Jesus “went to the vicinity of Magdala” while most say Magadan which is probably a different town. 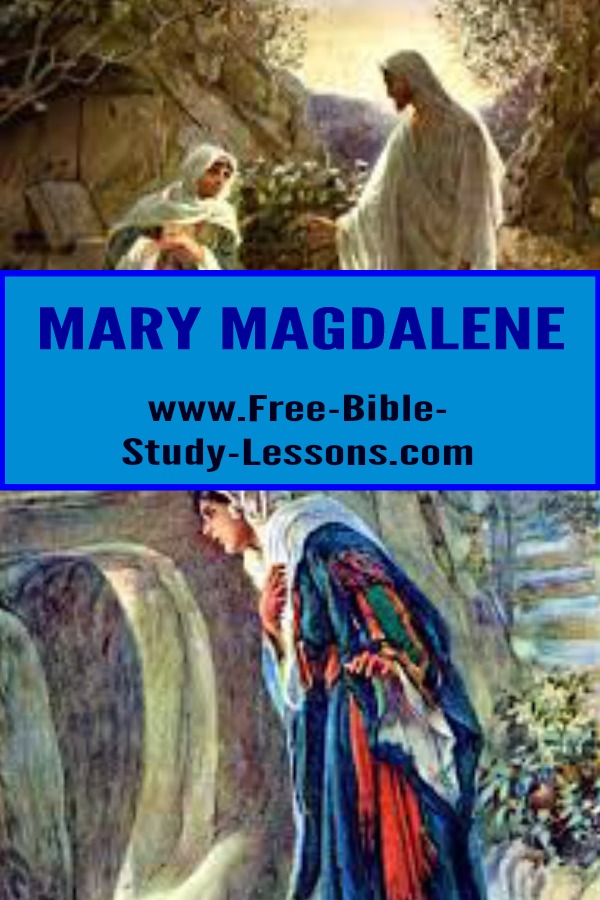 In any case, Jesus’ early ministry was in the area of the Sea of Galilee.  Sometime, during this early period of ministry, Jesus either come across Mary Magdalene or she had been brought to Him as someone who needed help.  At that time Jesus cast seven demons out of her.  The fact that she had seven demons tormenting her shows the power of the oppression she was delivered from,

We can also assume that she had wealth to some degree as she is listed first among with the women who followed Jesus and financially supported the ministry of Jesus.

Some people have linked her with the woman who washed Jesus’ feet with her tears, but there is no Biblical evidence of any connection between the two.  Neither is there any evidence that she was a former prostitute.  The idea, made popular by The Da Vinci Code book/movie, that she was the secret wife of Jesus is without foundation and goes against everything the Bible teaches about both Jesus and Mary Magdalene.

The next and last time that we meet Mary is around the events of the crucifixion and resurrection of Jesus Christ.  All four gospel writers mention her in relation to these events.

In Matt. 27:55-56 [also see Mk 15:40-41, John 19:25] Mary and other women are mentioned as watching the crucifixion at a distance.  And again, it is mentioned that they financially supported Jesus and His ministry team.

In Matt. 27:61 [also see Mk 15:47] we see Mary Magdalene and “the other Mary” sitting carefully watching Jesus' body being laid in the tomb and the stone being rolled in front of the entrance.

Note: In the gospels we have four different writers and while they all agree on the general event each one records slightly different details.  This is one of the evidences of the truthfulness of the records, but it also means we have piece the details into what we know the big picture is.  Below seems to me to an explanation of both, but you can read the accounts and judge for yourself.

Mary Magdalene and other women went to the tomb early [at dawn] in the morning.  Their highest priority after the duties of the Passover was to anoint and take care of the body of the Lord they loved.  On the way it occurred to them that they would not be able to move the stone.  When they arrived it wasn’t a problem! They witnessed the guards laying on the ground like dead men around an open tomb.  Mary Magdalene ran back to tell the disciples that the body of Jesus has been moved.  The other women entered the tomb and saw the two angels - who looked like a young men dressed in white.  One angel gave them the privilege to being the first to hear of the resurrection.  Meanwhile Mary told the disciples of the missing body and Peter and John race to the tomb.  The other women have left before Peter and John arrive and gone into the city some to keep quiet and others to tell the disciples the message of the angel.

Mary returns to the tomb after the other women have left and goes into tomb.  An angel speaks to her.  Still weeping she exits the tomb and Jesus speaks to her asking her why she is crying.  She thinks He is the gardener until He says her name.  Then she knows!  She becomes the first person to see the resurrected Jesus. [Jesus later appears to the other women before they have reached the city.]  Jesus gives her a message for the disciples.  She returns and tells the disciples that she has seen the Lord as some of the other women had already done. The disciples thought the women were just babbling out of grief or delusions.  [Matt. 28:1-11, Mk. 16:1-11, Luke 24:1-12, John 20:1-18 ]

As a side note, this is an evidence of the truth of the resurrection and of how God honours women who love Him.  In the Jewish tradition of the time women were considered unreliable and were not able to testify in court.  Yet Jesus chose women as the first witnesses of the greatest event in the history of the world.  No Jewish person trying to invent a story would ever have done that.  Anyone who claims the Bible degrades women has only read it [if they have read it at all] with prejudiced and ignorant eyes.

After the resurrection, Mary Magdalene fades from history.  It is extremely likely she was one of the 120 in the upper room when the Holy Spirit first descended and was involved in the church in Acts, but we have no Scriptural confirmation of this.