What Is The Millennium
Reign of Christ? 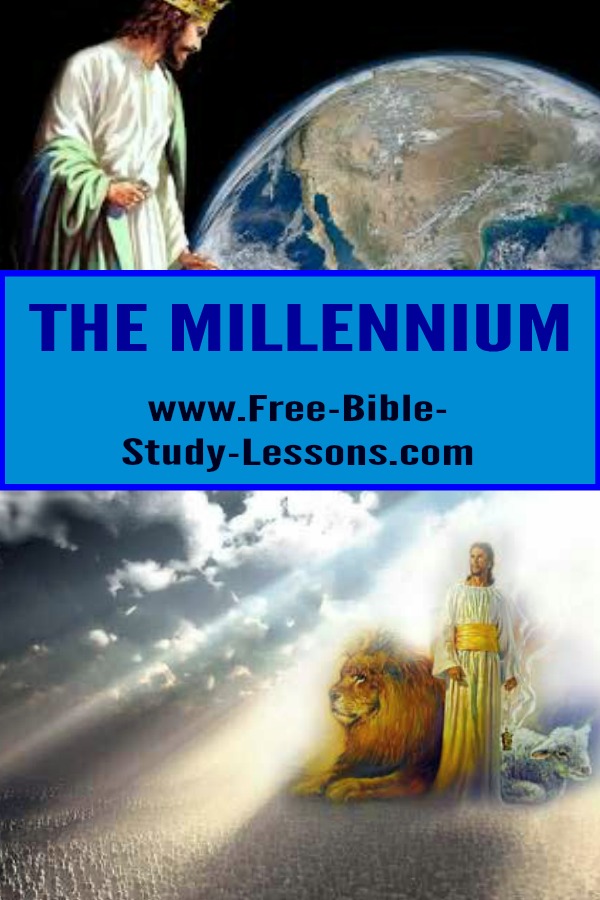 1 And I saw an angel come down from heaven, having the key of the bottomless pit and a great chain in his hand.

2 And he laid hold on the dragon, that old serpent, which is the Devil, and Satan, and bound him a thousand years,

3 And cast him into the bottomless pit, and shut him up, and set a seal upon him, that he should deceive the nations no more, till the thousand years should be fulfilled: and after that he must be loosed a little season.

4 And I saw thrones, and they sat upon them, and judgment was given unto them: and I saw the souls of them that were beheaded for the witness of Jesus, and for the word of God, and which had not worshipped the beast, neither his image, neither had received his mark upon their foreheads, or in their hands; and they lived and reigned with Christ a thousand years.

5 But the rest of the dead lived not again until the thousand years were finished. This is the first resurrection.

6 Blessed and holy is he that hath part in the first resurrection: on such the second death hath no power, but they shall be priests of God and of Christ, and shall reign with him a thousand years.

7 And when the thousand years are expired, Satan shall be loosed out of his prison,

8 And shall go out to deceive the nations which are in the four quarters of the earth, Gog and Magog, to gather them together to battle: the number of whom is as the sand of the sea.

9 And they went up on the breadth of the earth, and compassed the camp of the saints about, and the beloved city: and fire came down from God out of heaven, and devoured them.

10 And the devil that deceived them was cast into the lake of fire and brimstone, where the beast and the false prophet are, and shall be tormented day and night for ever and ever.

As you can see, this section of Scripture is found in the Book of Revelation. Revelation is filled with prophetic symbols, a fact we must take into consideration. Anytime we are working with an unclear or controversial section of Scripture we must begin with the realization that no matter how we understand it, it must be in accord with the plain teaching of Scripture elsewhere. We never use unclear Scripture to interpret plain Scripture. Rather we start with what is clearly taught and use that to help us understand areas of confusion.

If we are going to come to a Scriptural understanding of this portion of the Bible we will have to put our detective hats on, look for clues, and compare it with clear Scriptural teaching.

Let's pick out key questions that we will need to answer:

As we begin the find the answers these questions we will be able to have an idea of what Rev. 20:1-10 is talking about.

From the above clear verses we can see that Jesus came down from heaven and defeated the devil.

When Did Jesus Defeat Satan? 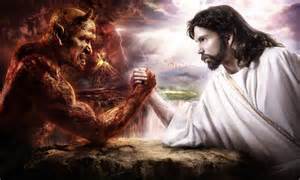 The next important question is: When did Jesus defeat satan? Both Col. 2:15 and Heb. 2:14 identify that as when Jesus died and rose from the dead. This is also confirmed in Matt. 28:18 when Jesus stated He had all power/authority after His resurrection.

We can now see what Rev. 20:1-2 is talking about. Jesus defeated and bound satan at the cross. He is a defeated foe. This raises further questions, but now we have a foundation and time frame to work with.

- Jesus permanently defeated satan - why does it say for a millennium?
- If satan is defeated, how can he be loosed for a little season?
- Are the 1,000 years literal?


Satan is defeated and bound, but that doesn't mean he is destroyed. An abundant selection of New Testament Scriptures reveal that he is still around in a dangerous but limited sphere. Our context here is satan's ability to deceive nations. At the time of Christ every nation except Israel was under the deception and control of satan. Even Israel was greatly compromised as evidenced by Jesus calling the Jewish leaders the children of the devil [John 8:44]. Shortly after the resurrection the gospel went world-wide. A careful reading of the book of Acts shows that the known world received the gospel within one generation. Satan's ability to deceive nations has been restricted. It would appear that God will allow satan's deceptive power to be increased shortly before the second coming.

Moving into verse 4 we see people on thrones and martyrs who had been beheaded. Who are these people? We are told they reign with Christ in the millennium. Who does the Bible teach us reigns with Christ? Those who follow Christ [2 Tim. 2:12, 1 Cor. 6:2-3, Eph. 2:6, Matt. 19:28, Luke 22:30].  This is further confirmed by Rev. 20:6 where it refers to those who reign with Christ as partaking in the first resurrection [see below]. All believers reign with Christ both in this life and after this life. Some believers are singled out for special mention, but that doesn't change the fact it includes all believers.

In moving on we need to again place our feet on a firm foundation. We must find the answer to the following questions:

As usual we need to start with what we do know. The second death is clearly identified in Rev. 20:14 and 21:8 as the Final Judgment. It is the time when the ungodly - body and soul - are condemned eternally to the lake of fire.

What Is The First Death? 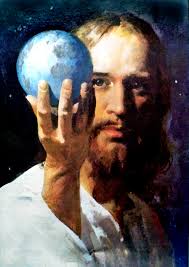 Now with this foundation let's look at our primary question: What Is The Millennium Reign of Christ? [There are many other issues in this section of Scripture for more detail take the Revelation course and/or read Who Is The Beast Of Revelation?]

As we have seen, the millennium began with the resurrection of Jesus Christ. The 1,000 year must then be a symbolic number not a literal one [this should not surprise us in prophetic books]. We also know that Christ must reign until the Second Coming [1 Cor. 15:25].

So where does this 1,000 year period come in? Notice that the first and second time this period is mentioned [vs. 2 & 3] it refers to the length of satan's imprisonment, not the reign of Christ. Then it tells us that believers and Christ both reign during this period. It does not say they stop reigning at the end of the 1,000 years. We might think this is implied if not for the plain teaching of Scripture elsewhere [see above].

What about verse 5? Who are the dead who live after the 1,000 years? We use the process of elimination. Believers are alive with God and reign with Christ during the 1,000 years. Who is left? Unbelievers, who are spiritually dead - they have not taken part in the first resurrection. Again, it does not say that they came to life immediately after the end of the millennium. Again we might think this is implied if not for the plain teaching of Scripture that the ungodly are raised at the Second Coming/Final Judgment [John 5:28-29].

The millennium rule of Christ is the ever expanding Lordship of Jesus Christ which began at His resurrection and will continue until the Second Coming [Dan. 2:44]. This reign, purchased with the blood of Christ, must increasingly be manifested on the earth until the end of the millenium. We are right now living in the millennium and will continue to do until a short season before the return of Christ. During this short season it would appear that the Bride of Christ worldwide will by tried by all the power of satan. By the power of the Holy Spirit, she will emerge victorious and pure for her Bridegroom. [Eph. 5:25-27]

This does not belittle the intense suffering portions of the church are going through right now as about 150,000 people a year lose there lives for the Lord, not to mention the varying degrees of tribulation that all Christians face. This short season after the millennium appears to be in relation to satan's ability to deceive nations. It does not mean there will be one world government since Scripture seems to indicate that there would never be a world-wide government after the collapse of the Roman Empire [Dan. 2]. However, it may be that all nations will unite in trying to  stamp out the church as the Roman Empire attempted to do at the birth of the church.

Note: If you purchase one of the books below through these links, I will make a commission.