Where Did Cain
Get His Wife?

So Where Did Cain Get His Wife? 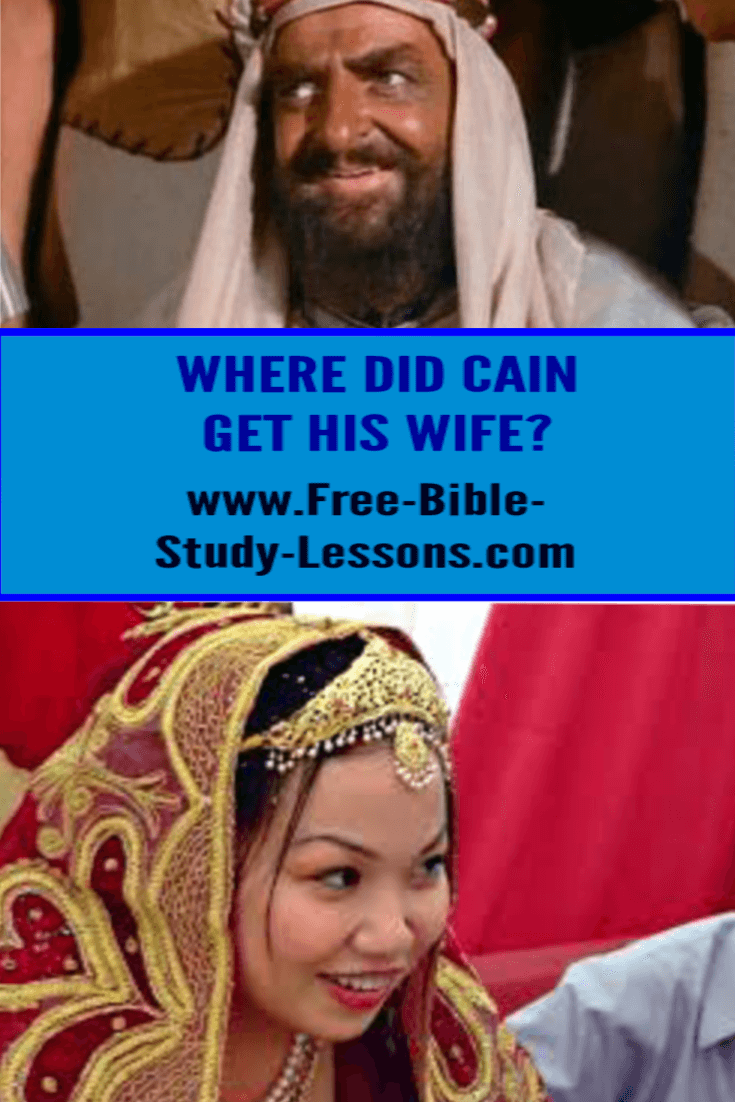 While the Bible doesn’t explicitly state where Cain got his wife, there is only one possible answer: he married one of his sisters.  In fact, every couple at the beginning had to be a brother and sister couple.  There was no other way to start the human race.

Not only did this happen at the beginning, but also after the Flood we are reduced to one family group so Noah’s grandsons and granddaughters had to, at least, marry cousins.  And once again, about 100 years after the Flood ended, we have a situation which would have forced close intermarriage.  In that 100 years the population from four families would have grown into many families, but certainly not a huge population.  At the tower of Babel these families united to oppose God’s Word.   God responded to this rebellion by giving them different languages so that they could not work together.  The family or family groups with the same language split off and travelled in different directions again forcing close intermarriage to expand the various populations in different parts of the world [Gen. 11:1-10].

Incest is defined as “sexual relations between persons so closely related that they are forbidden by law or religion to marry.” www.thefreedictionary.com

According to this definition the answer would be “no” since at the time of these marriages such close intermarriages were not forbidden by either law or religion.  However, if we are going to say that incest is simply sexual relations between people who are closely related then the answer would be ‘yes.”

But let look at exactly what was and was not happening here.

1.  This was not parent/child sex.  This was strictly between brothers and sister or cousins.

2.  This did not involve minors.  As you can see from Genesis 5, because of the long life spans that people experienced, they did not begin having children until they were between the ages of 65 to 187.  It is reasonable to assume, in that culture, that they had children soon after they were married; therefore, these marriages were between mature, consenting adults.

3.  In line with number two above, this was not rape, seduction or forced marriage.

4.  These were marriages for the purpose of mutual love and building a family, not pre-marital or extra marital sex.

Does The Bible Condone Or Promote Incest?

Up until the time of Moses God allowed brother/sister/cousin marriages.  [Even Abraham married his half-sister Sarah.]  The reason for this was to build up the world population.  During this time [2,513 years from creation] the genetic damage that is increasingly produced in generations was not sufficient enough to have any real risk to the children.  Currently the genetic damage is great enough that it is very likely that any children born to closely related people will have serious birth defects.

What about incidents of incest that are recorded in the Bible that were not necessary for the continued growth of the human population?  The Bible is an honest Book.  It does not hide or cover up the wrong doings of the people in its pages.  We must remember just because the Bible records that an historical incident took place does not mean that it is condoning it.

So where did Cain get his wife and similar questions will always be asked.  Sometimes the questioners are sincere and deserve honest answers, sometimes they are simply fools [Ps. 14:1] seeking to justify the actions they have already decided to take.  Either way Christians should think through what they believe and its implications.