Your Will Be Done On Earth

Jesus taught that His Kingdom would take over the world, before He returned.  We see this prophesied in the book of Daniel:

“In the time of those kings, the God of heaven will set up a kingdom that will never be destroyed, nor will it be left to another people. It will crush all those kingdoms and bring them to an end, but it will itself endure forever. This is the meaning of the vision of the rock cut out of a mountain, but not by human hands—a rock that broke the iron, the bronze, the clay, the silver and the gold to pieces. Dan. 2:44-45, NIV 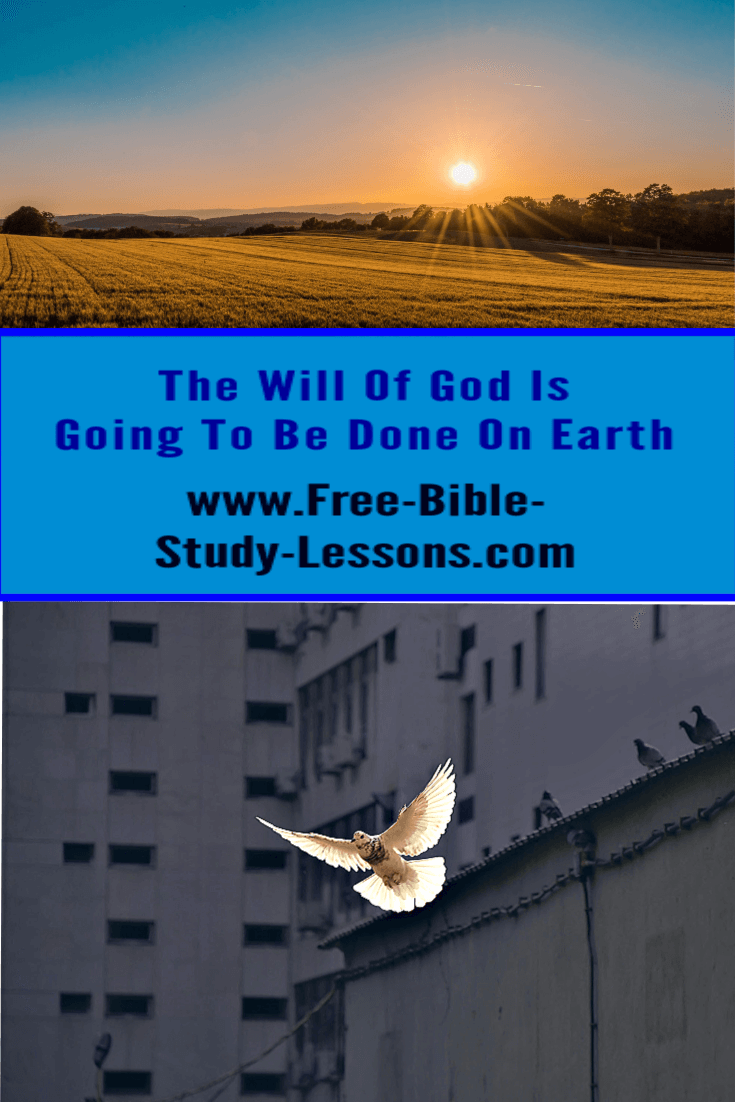 The Rock that was cut out of the mountain without human hands was Jesus Christ.  His Kingdom smashed the last world empire: the Roman Empire.  God has set up the final world-wide kingdom, the spiritual kingdom of the Lord Jesus Christ.  That is not to say that others would not try to reestablish a physical world kingdom, only that they would not succeed.  Christians should not be living in fear of worldly conspiracies.  Only the kingdom of God can ultimately succeed.

Although the Kingdom of God is established and empowered with the death and resurrection of Jesus Christ and the coming of the Holy Spirit, how is it expanded on the earth so that God’s will is done on earth as it is in heaven?  It is expanded as the people of God allow the Holy Spirit to work in and through them.

This expansion includes many things.  Obviously, it includes evangelism, the bringing of more and more people into relationship with and submission to the Lord Jesus Christ.  It also includes teaching as people are trained how to live their lives and operate their families, businesses, institutions and governments in a way that is pleasing to God.  This can only happen as we rediscover and apply Biblical Law.  [Detailed courses in Biblical Law will be coming in the future at the Joshua Institute.]  And knowledge, of course, must be followed by application.  As more and more people come to Jesus Christ, understand His ways and apply them in their lives and sphere of influence, the Kingdom of Light advances and the Kingdom of Darkness retreats.

As we look at our world today, it may seem like the Kingdom of Darkness is winning.  Realize, in faith, that Jesus does not give impossible commands.  If He commanded us to pray that His will be done on earth as it is in heaven, it must be possible, through the Holy Spirit, to achieve.  The Holy Spirit is not going to allow the victory of Christ on the cross to be unrealized on earth.  The devil does not get to win on any front.

Ultimate victory is assured.  However, if we are to see this victory in our own lives and in our world today we have to believe it is possible.  I am going to make a statement that you need to seriously think about:  It is impossible to pray the Lord Prayer - Thy kingdom come, thy will be done on earth as it is in heaven - in faith with a doomsday - everything is getting worst mentality.

Christians need to tune out the doomsday voices - whether they claim to be Christian or not - actually believe the Word of God, roll up their sleeves and get to work implementing the rule of Christ in their own lives, in the areas in which they have influence and train others to do the same.  Then the Kingdom of God will be manifest on this earth, and the will of God will be done on earth as it is in heaven.

Every force of darkness will be defeated over time through the Blood of Christ and the power of the Holy Spirit.  However, realize that no one person or organization can fight every battle.  What has God put a passion in your heart for?  The lost?  Ministry to the poor?  Justice for the oppressed?  Releasing captives of human trafficking?  Investing money in the kingdom?  Helping the addicted?  Healthy families?  Expanding churches?  Honest government?  Something else?  Don’t know?  Ask God.

Whatever it is, learn God’s will in that area [as opposed to preconceived ideas and prejudices], gain knowledge and wisdom, join with like-minded Christians and start working to see God’s perfect will be done in that area of life.  Already doing it?  Great, keep on doing it.  Never Give Up.