Israel had disobeyed God and gone their own way.  As a result they had been cruelly oppressed by the Canaanites under King Jabin and his army commander, Sisera.  Sisera had 900 chariots fitted with iron plus his foot soldiers.  Chariots were the tanks of ancient warfare and to think about going against chariots with only poorly armed foot soldiers was suicide.  Unless, of course, God was on your side.

After 20 years of oppression the Israelites had had enough so they cried to the Lord for help.  God, in mercy and grace, heard their cry and spoke to the judge and prophetess Deborah.  [Around the year 1327 BC or 2719 years after creation.]  God told her to send for a man named Barak and to have him gather 10,000 men from the tribes of Naphtali and Zebulun.  They were to meet Sisera in battle and God would defeat Sisera and his “invincible” chariots.  Barak was nervous about this and agreed to go only if Deborah would come along for moral support.  She agreed, but told him his cowardice had lost him the honour of killing the enemy general.  Instead, that privilege would go to a woman.

One of King Jabin’s allies was a man called Heber the Kenite - a descendant of Moses’ father-in-law, Jethro.  Heber had separated from the other Kenites and was apparently living with his family alone.  Perhaps that was why he had made a treaty with King Jabin.  In any case, his wife Jael did not agree with her husband’s decision and was about to become God’s assassin in fulfilment of Deborah’s prophecy. 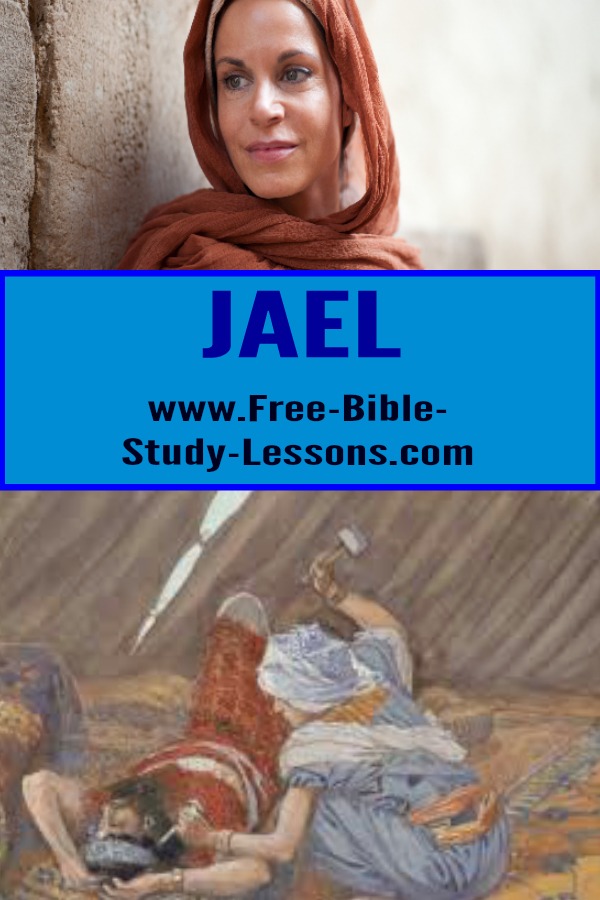 Heber may have been fighting in the battle as an ally.  If so he was killed along with the rest of Sisera’s army.  When Sisera managed to escape the battlefield he looked for a place of refuge until he could return to King Jabin’s stronghold in Hazor.  He thought of his friend Heber’s place.  Sure enough, as he approached Heber’s tent Heber's wife, Jael, came out to meet him and was happy to help.

Jael; however, had another purpose in mind.  Her offer of help to Sisera was a deception concealing her real plans.  She took Sisera into her tent, hid him and fed him, making him feel safe and secure.  Then, when he had fallen into an exhausted sleep, she took a tent peg and a hammer and drove the tent peg through his temple and into the ground.

With Sisera dead and pinned to the ground, she went out to wait for whomever was pursuing him to come by.  Sure enough, before long, Barak appeared over the crest of the hill.  Jael went out to meet and brought him inside her tent to show him his dead enemy.  This battle was the beginning of the end for King Jabin as the Israelites continued in war with him until he was destroyed.

The prophet Deborah and Barak composed and sang a song to commemorate this battle and the victory that God had given His people.  Jael’s actions are mentioned in the song.  In fact, the events are mentioned as taking place in the “days of Jael” - an honour to have the date identified with her - and she is called “the most blessed among women” for her actions.

The Deceptions Of Jael