In her outburst of joyful, prophetic praise when returning Samuel to God, Hannah becomes the first person to refer to the coming Deliverer as the Anointed One or Messiah.  [Note:  Even in the Old Testament women were prophesying.]  The Hebrew word which the KJV translates as “Messiah” - only used twice in the Old Testament - is the same word which is here translated “Anointed.”  The Holy Spirit, coming upon Hannah, inspired her to end her praise with the words:

“The Most High will thunder from heaven;

the Lord will judge the ends of the earth.

“He will give strength to his king

Often in Hebrew poetry we have what is called a parallelism.  This simply means that the second line repeats the meaning of the first line just in a little different way.  For example, “The Most High will thunder from heaven” is reworded to say, “The Lord will judge the ends of the earth.”  The Most High and Lord are the same.  Thunder is explained as judging.  And the judgment comes from heaven and goes to the end of the earth.

So in our last two lines we have He [the Lord] giving strength to His King which is taken to mean that God is exalting [lifting up] the horn [which symbolizes strength/power] of His Anointed.

The idea of God as the King of Israel goes all the way back to Numbers 23:21 where it says, “…The Lord their God is with them; the shout of the King is among them.”  Although Moses in Deut. lays down the rules for kingship, Israel never had a human king until Saul.  Saul was after Hannah’s time and near the end of Samuel’s life.  Until then God was King, although His people were often in rebellion.

The Ultimate Anointed One 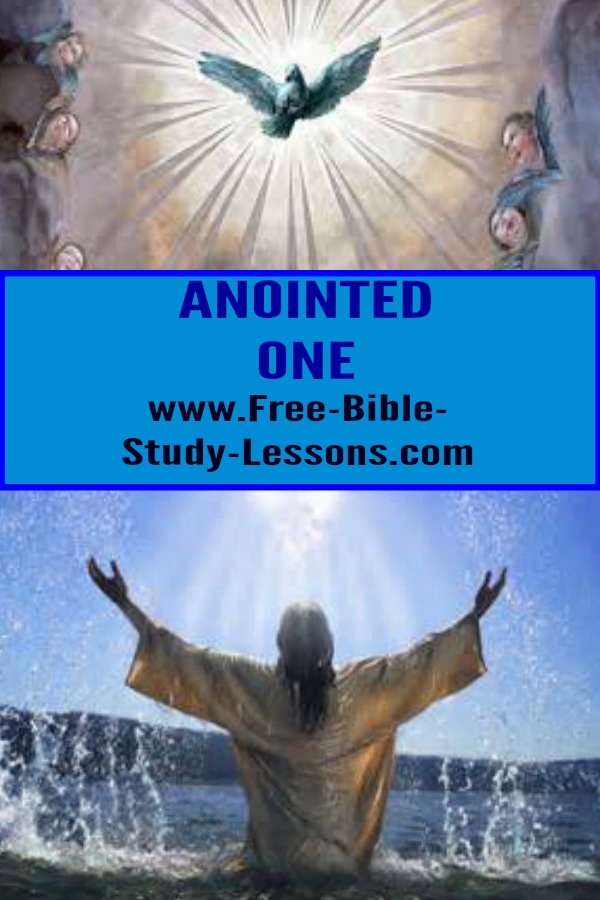 David was a picture of this coming King, but the ultimate fulfillment is in Jesus Christ Who is the true Anointed King of all the earth - the genuine Anointed One.  This was a position originally held and then lost by Adam.  Jesus came to regain everything Adam lost and advance it further than it had ever been before.

In His first coming Jesus was anointed [or set apart as holy for God] as a priest.  It was His mission to bring peace between God and man [Eph. 2:14-18].  He defeated satan, sin and death.  He made the way for us to come back to God.  He restored what Adam lost.  As the ultimate High Priest He offered Himself to God.  It is no accident that the priests were the first ones mentioned as being anointed.

Because Jesus successful completed this process, He was also anointed as King of kings and Lord of lords [Rev. 1:5].  Christians acknowledge [and submit to] the Kingship of the Lord Jesus Christ right now and know He is currently ruling and expanding His kingdom in the world.  All others, at some level, rebel against this idea and will ultimately face the same end as the rebellious kings in Psalm 2:

Why the big noise, nations?

Why the mean plots, peoples?

Cast loose from Messiah!” [Anointed One]

At first he’s amused at their presumption;

Then he gets good and angry.

Furiously, he shuts them up:

“Don’t you know there’s a King in Zion? A coronation banquet

Is spread for him on the holy summit.”

Let me tell you what God said next.

And today is your birthday.

What do you want? Name it:

Nations as a present? continents as a prize?

You can command them all to dance for you,

Or throw them out with tomorrow’s trash.”

So, rebel-kings, use your heads;

Your very lives are in danger, you know;

His anger is about to explode,

Hannah was given, by the Holy Spirit, the privilege of being the first to reveal to the world this exciting aspect of the mission and purpose of Jesus Christ.  In the time of the darkness of revelation in which she lived, still a light was shining. It would continue to shine brighter and brighter throughout the Old Testament period until we come to the full revelation in the New Testament times.