"I am the vine; you are the branches. If a man remains in me and I in him, he will bear much fruit; apart from me you can do nothing." John 15:5

The original Independence Day was around 6,000 years ago.  In the Garden of Eden Adam and Eve declared their independence from God.   It was not the declaration of freedom they thought it would be.  Instead, it was a flight from freedom into tyranny.  Ever since mankind has wanted to be independent from God.

There will always be some kind of structure to society.  In seeking independence from God, mankind put themselves under the tyranny of men.  Until relatively recently Kings, Dictators, and other political leaders claimed all rights over their citizens [some still do].  They demanded taxes, conscripted at will, made and broke marriages, and declared life and death.  To be in the presence of a king was often taking your life in your hands.  If you displeased him in any way - including bringing him bad news of which you had no part -  it could be your death.  There was no defense.  You danced to his whims. 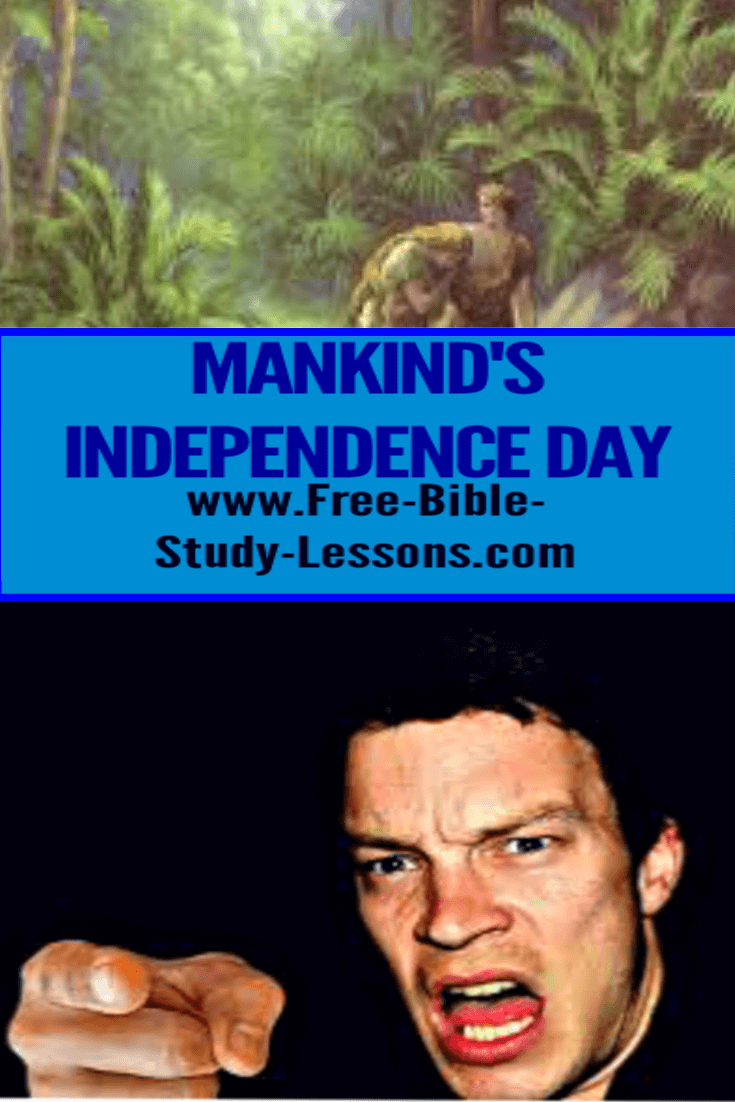 This, of course, was wrong, but it was part of the price for the original Independence Day.  About 200 years ago things began to change [yes, I know the overall process was much longer].  More freedoms were won by the people.    People began to value their independence from political oppression.  In reality they exchanged one tyranny for another.  Instead of the political leaders having ultimate authority, their new god - or ultimate authority - became themselves.  It was the same tyranny in a new form - sin was still the master.  Independence from God was still god.

What does all this have to do with Church and Christianity?

God designed us to need Him.  We can never be really have an independence day [or life!] from God and it is sinful to try.  Jesus said that without Him we can do nothing.  Of ourselves we can do nothing of eternal value.  That doesn't mean we cannot do good things from a human perspective, but they will have no lasting value.

God also designed us to need the body of Christ.  We need our brothers and sisters.  Those who have a "Me and Jesus only" attitude, who think that they don't need to attend church, or be involved with a local body of believers are operating in sinful independence.

One of the weaknesses of the Western Church is that we have allowed the world's spirit of independence to infect us.  What it basically means is that even in "church" we are the center of our own world.  We think we are god - although we would never admit it.  We pick a church based on what it can do for us or our family, we leave if we get upset, we think we can tell the Pastor what to do, we don't allow church authority to speak into our lives if we disagree, we must be in control every step of the way.  If prayer or Bible Study is boring, we skip it.  We want Christianity on our own terms.  The short of the story is we want Jesus as Saviour but not as Lord.  The fact of the matter is Jesus is Lord.

Jesus is a real King, but in our search for our Independence Day - both good and bad - we have lost that concept.  Jesus does not negotiate, He does not argue, He does not accept majority votes - He Rules.  We submit or we rebel and are judged.  End of Story.