The Matrix of Reality

”Ye are of your father the devil, and the lusts of your father ye will do. He was a murderer from the beginning, and abode not in the truth, because there is no truth in him. When he speaketh a lie, he speaketh of his own: for he is a liar, and the father of it.” John 8:44

I don’t know if any of you saw the science fiction movie called The Matrix [warning: secular movie containing some language and violence]. The basic premise is an amazing picture of reality. In the movie, computers have taken over the world, but need a renewable energy source so they have vast storehouses of human beings who serve as “batteries.” These human beings are physically motionless in metal and glass cylinders kept alive by tubes for their entire lives. However, to prevent the humans from realizing the true state of life [and rebelling], their minds are plugged into The Matrix. The Matrix is a computer generated world in which these humans live normal lives never suspecting that it is all in their mind and that the truth is something far different.

How does that illustrate reality? No, we don’t live in a computer generated world, but we do live in a world of illusion generated by the Master of Lies, Satan himself. We are born into this world and grow up in it never, for the most part, suspecting that it is anything else other than the truth. We will never be completely free of this deception until we enter the presence of God after death. Every time we sin, for example, we have believed the deception that sin is more profitable or pleasurable than righteousness. 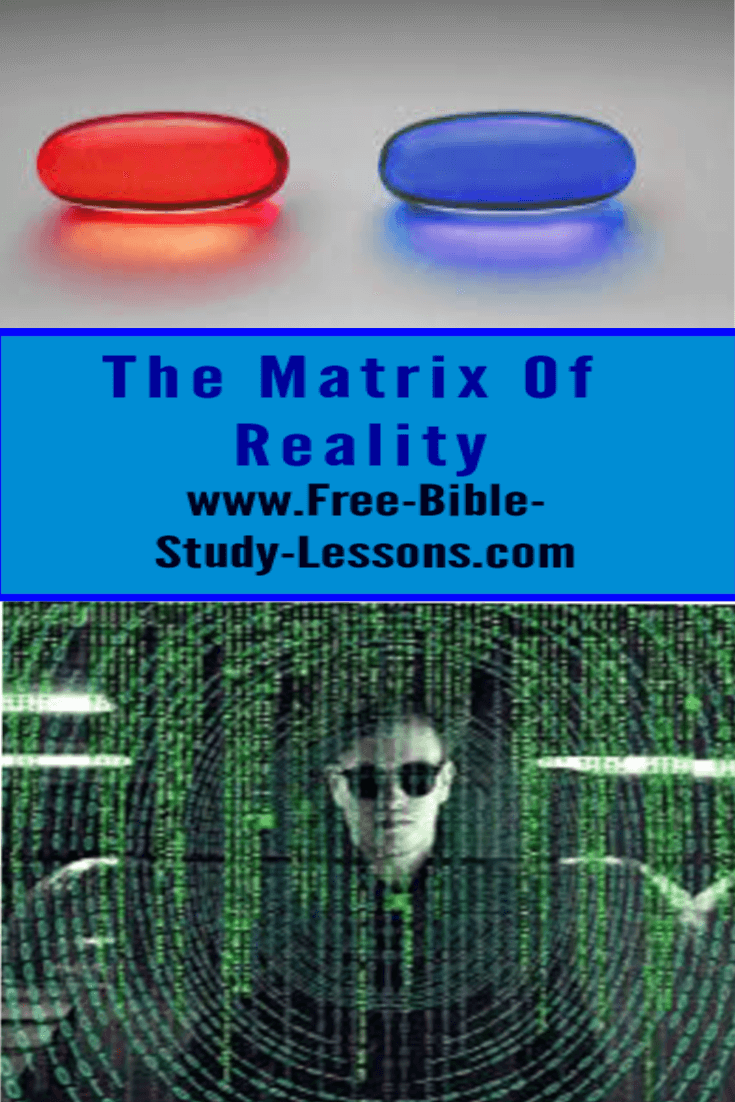 Non-Christians walk in this world of fantasy and illusion with no clue that anything is wrong with the picture. Those who catch a glimpse of reality may even prefer the world of illusion as to what they perceive as the world of reality. They will fight against Christianity because they suspect it is true and they don’t want it to be. They would rather live in a fantasy world.

Having an intellectual knowledge of the Truth is not enough. What we really believe we will act on. The Truth must pierce our hearts. Our emotions sometimes lead us astray because they so easily believe the world of the lie. We must stand on Truth, immovable, when the swirling winds of emotions and deception whip around us. Step out of the Matrix into reality and, unlike the movie, reality is a great place to be.