Paul, an apostle - Paul, who wrote most of the New Testament, probably never met Jesus while Jesus was on earth.  Like us, his relationship with Jesus was all after the ascension.  He had special visions and experiences because of what he was called to do, but all that shows is that Jesus will give us everything we need to accomplish what He has called us to.

Paul identifies himself as an apostle, not a disciple.  A disciple is a disciplined one, a learner, one who imitates the Master.  We are all disciples, even Paul, and none of us ever move beyond being disciples.  For some there are additional callings along with being a disciple.  Paul used his calling as an apostle to show the necessary authority for writing this letter and instructing others.  An apostle, while still a disciple, has the authority of Christ to teach others and to command their obedience on behalf of Christ.  A disciple is primarily a learner.  We will never move beyond the learner stage, but we will all have authority in different areas and at different times to practice what we have learned in ministry on behalf of our Master.  For some, like Paul, the authority is a permanent ministry.  For others, they function in the authority as needed.  For example, some are given the permanent authority of a teacher.  They teach on a regular basis and are recognized as teachers in the body of Christ, but all of us will teach from time to time, our children, our spouses, our friends.  We will all share what we have learned as disciples. 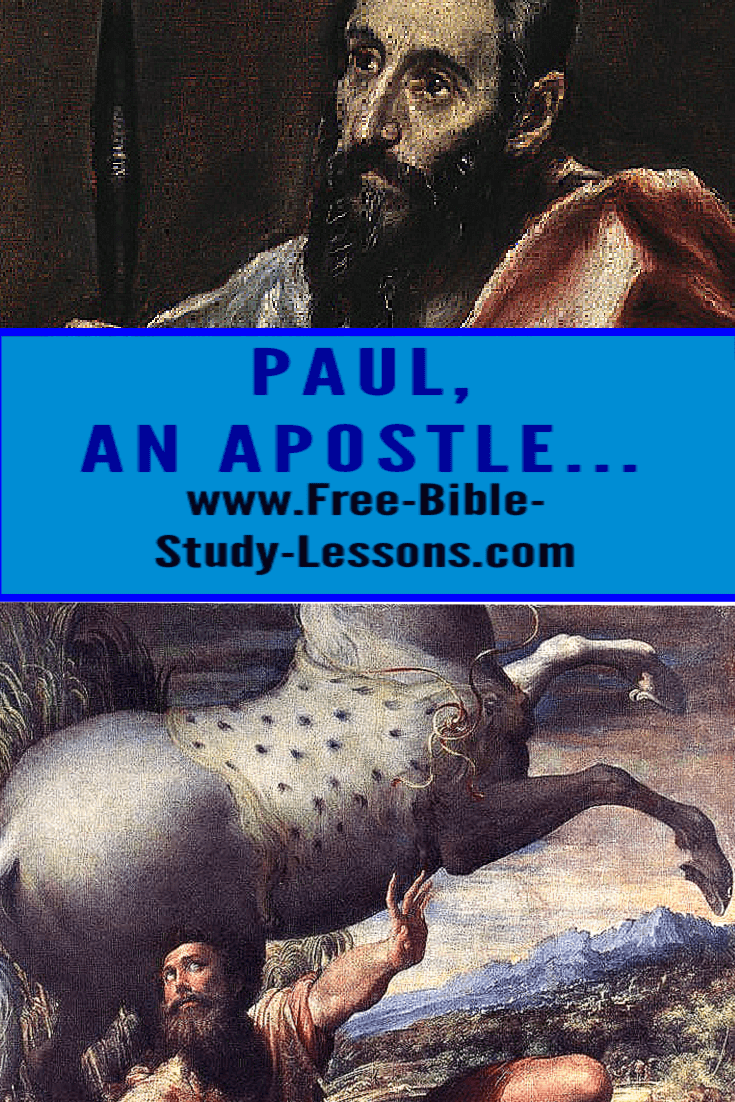 by the will of God - God has a will.  He is not like the Deists proclaim - a God who started everything and then withdrew to see how it would work out.  No, God has a will and a plan.  He is actively at work in His world and His people.  He works to see that His will is accomplished.

Paul became an apostle not because it was his desire or goal.  He did not make a 12-step plan to become an apostle and then work at small steps every day until his goal was achieved.  No, it was the will of God.  God called Paul to be an apostle.  It was God's idea, not Paul's idea.  Because Paul was set in by God in the will of God, no one could remove him.  When we strive for ministry in our strength and our own desire then we have to fight to keep it or maintain it.  When God sets us is, He keeps us and maintains us.

Saints are not just great men and women recognized as heroes by the church.  Great heroes deserve honour, but they alone are not saints.  Every believer, faithful to Christ Jesus, is a saint.  They have had their sins washed away.  They stand pure and holy before God - a true saint.  Paul addresses them according to what he knew they were in the spiritual realm.  He knew they were saints and he addresses them as such.  Undoubtedly, he could have looked at their earthly lives and found much that was not saintly.  Instead, he starts with who they are in God and who they are becoming on earth.  We are all in the process.  None of us have arrived, as far as the earthly manifestation of our life goes.  These were real people in a real place in real circumstances.  The Bible always meets us where we are at.  God knows we are on earth in the midst of a sin-filled planet.  He knows we struggle with issues in our lives.

in Christ Jesus - Paul was an apostle of Christ Jesus.  He belonged to Him and was sent by Him.  The saints are in Christ Jesus, too.  They stand with Jesus as their representative.  They trust in His works, not in their own.  They are surrounded by Christ Jesus on every side and protected by Him.  God the Father sees them through the perfect righteousness of Jesus and loves them as He loves His own Son.