Paul:
The Prisoner Of The Lord Jesus

“For this cause I Paul, the prisoner of Jesus Christ for you Gentiles...” Eph. 3:1

Paul was sitting in a damp, smelly, rat-infested Roman prison. He had Roman chains on his hands and ankles. Roman guards were all around him. Yet it never occurred to him that he was a prisoner of the Roman government. It never crossed his mind that anything was wrong. He considered himself a prisoner of the Lord Jesus Christ. The Lord had allowed him to go to prison...and the Lord could release him whenever He wanted. The mighty Roman government was just an insignificant tool in a spiritual war.

If I was in Paul’s position, I would be crying out, “Lord, save me. What did I do wrong? I repent. I thought I was doing your will. Get me out of here!” 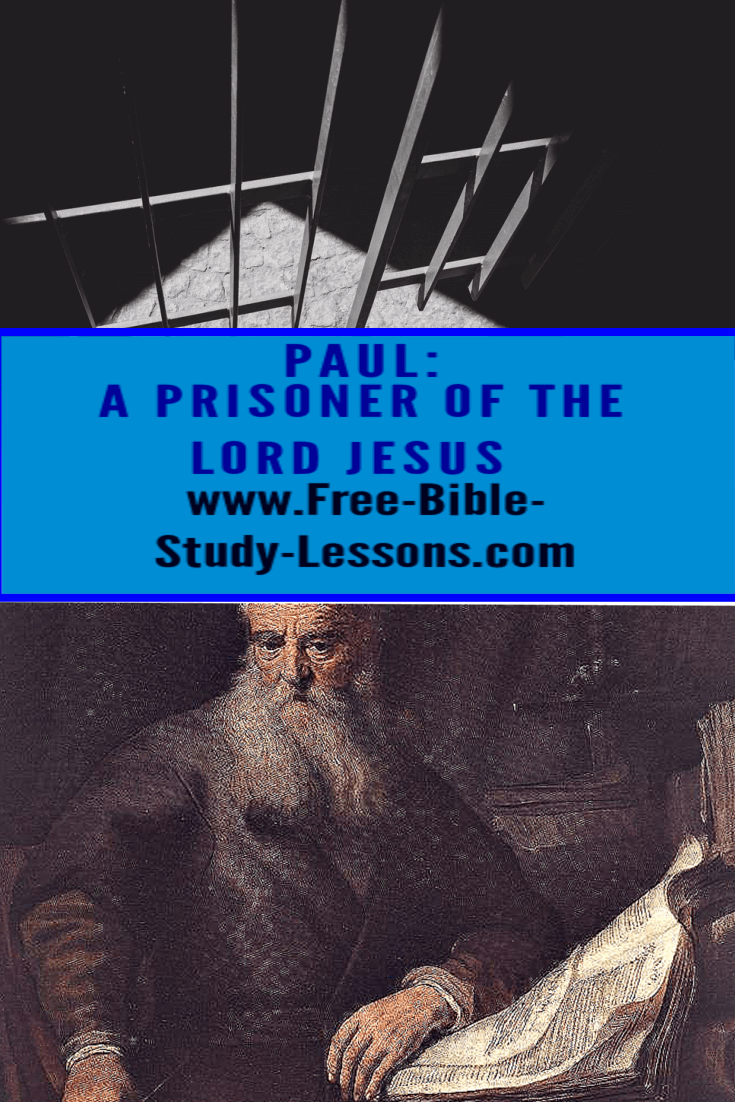 We are so captivated by the outward appearance of things. We are mesmerized by Satan’s illusions. Our eyes are clouded so it is hard to see the reality. Paul saw reality. No matter where he was or what happened to him God was in total control. He never considered that anything could be wrong. He was following God, God was in control; therefore, whatever happened was allowed by God for his benefit and the benefit of others. And God could release him anytime He pleased. The Roman government or the Jewish leaders were not in control. That was only an illusion. God was in control.

Because Paul went to prison we have most of our New Testament. The Apostle John wrote the Book of Revelation in exile on Patmos. John Bunyan wrote his famous Pilgrim's Progress in jail. We often cannot see the positive result of our negative circumstances, but God can. He is at work. Our job is simply to trust Him, praise Him in our prison, and do our best in everything we can do.

Note: Paul’s belief in the sovereignty of God did not make him passive. Although he knew he was the prisoner of the Lord, he did what he could to prevent going to prison. He created division between the Sadducees and the Pharisees, he appealed to Caesar, he did what he could. Joseph, in a similar case, did what he could to be released. They were not passive, but they recognized that God was still in control even when their attempts at freedom failed.

Even so, we are to move through life confident that God is in control. We work and plan for the best, but even if it fails we know God is in control. Sometimes He has a better plan that we cannot see or understand. We can only trust. We realize that no matter what our position in life, in reality we are the prisoner of the Lord Jesus Christ committed to His will. He is responsible for us and He can release us at His will. The forces arrayed against us - if we are committed to Christ - only have an illusion of power. It may appear very real - that is a test of faith - but God is the real Power before Whom all others must yield.