"Although they know God's righteous decree that those who do such things deserve death, they not only continue to do these very things but also approve of those who practice them." Rom. 1:32

I believe the "man of sin" of 2 Thess. and the evil beast of Revelation refer to our Number Two Villain.  I know there are many different ideas on the subject, but I believe him to be our Number Two villain: Nero.

Why does Nero qualify as our Number Two Villain of all time?  Nero had almost limitless power in the Roman Empire and he was evil to the core.  It would be a rare crime that he was not guilty of.  He murdered his mother [and his favourite wife], he committed incest, he raped men and women, he loved torture, he [most likely] had Rome set on fire so he could rebuild it and name it after himself, he stole the property of others, he was a drunkard, and the list just goes on and on.  He was so bad, even from the Roman point-of-view, that he was the first emperor to be declared an Enemy of the State by the Roman Senate. 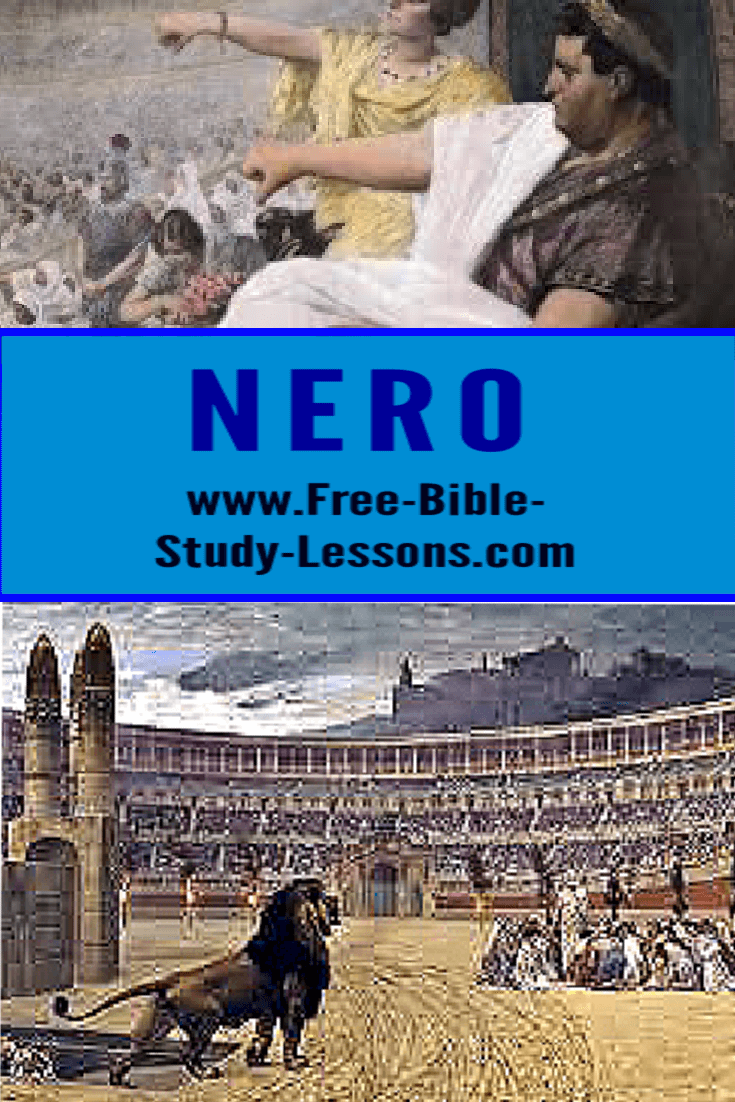 Of course, the peak of his crimes was when he used the Christians as scapegoats for the Great Fire of Rome.  He went out of his way to invent ways of torturing Christians to death which would also mock their faith.  His viciousness against the Church was so great than even the bloody-thirsty, hard-hearted Roman crowds began to pity these innocent victims of a madman's lust.  He was the first world leader to try to stamp out Christianity.  Nero's name has come down through history with horror when most of the other emperors are forgotten.

What can we learn from this?  With our Number One Villain, Judas, we saw that he was not unlike us.  Just small steps turned his greed to betrayal.  But Nero is different.  He is not like us at all...or perhaps we only want to think we are different.

Nero was so powerful [and mad] that he had no restraint.  We, of course, cannot afford to be unrestrained.  But, do we habour secret sins?  Do we take secret pleasure when others do wrong things?  No, we would never risk our own reputation on doing some of these things, but do we derive a certain amount of pleasure when others do them?  Do we secretly wish it was us?  If so, Scripture says, we are no different from those who do commit the sins.  And evil thoughts harboured will often lead to evil actions later on.

Another thing we can learn is that evil men may seek to destroy the Church generally and Christians specifically, but they will not succeed.  No matter how great the force that throws itself against the Church, it will only be shattered on the Rock.  No one attacks the Church and succeeds long-term - not even a Nero.  From this we can draw encouragement.  We can also gain the strength to stand in hard times.  We get to win in the end.  Our sweat, blood, and tears will bear fruit on this earth before the return of Christ whether we are here to see it or whether we are watching from heaven's balconies.  Let no one pressure you out of following Christ.