Paul, an apostle of Christ Jesus by the will of God, and Timothy our brother...  Col. 1:1, NIV

Paul begins his letter by identifying himself, which was the common way of writing letters in his day.  Paul, of course, was his new name.  Originally he had been known as Saul, the persecutor of Christians.  As Saul, he was a legalistic murderer obsessed with stamping out the “false” beliefs of the Christians.  But he met Jesus Christ for himself and his life, as well as his name, was changed.  Now he became Christianity’s most vocal supporter and defender. 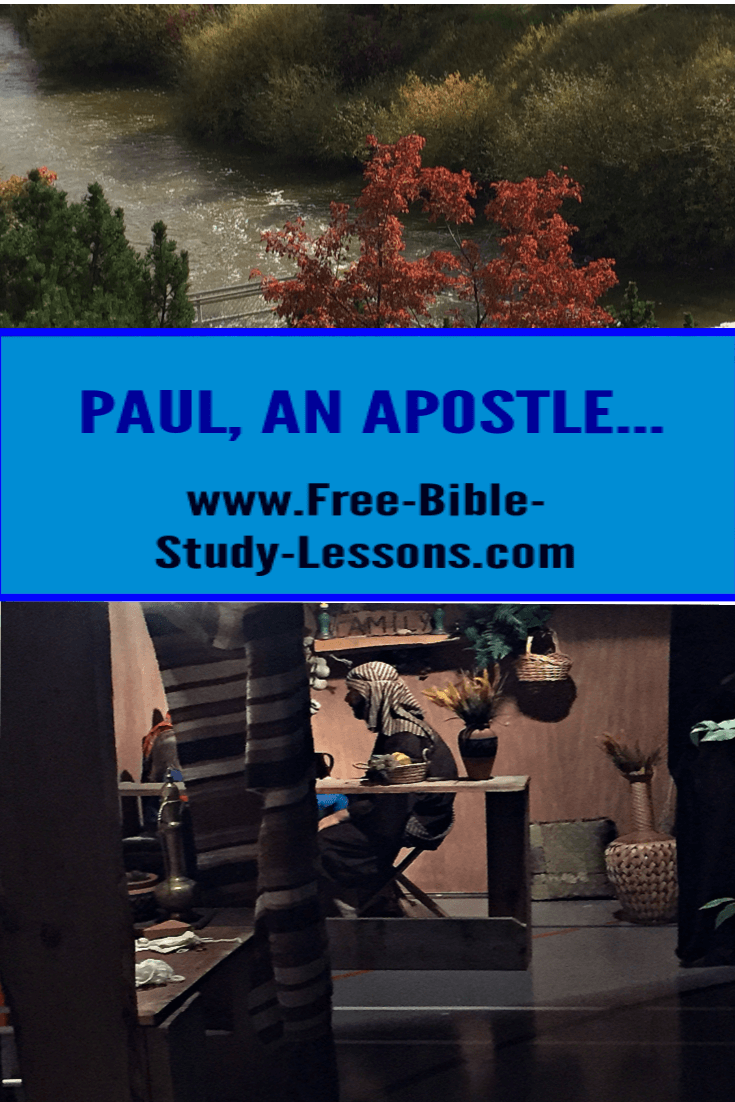 In the same way, when we met Jesus Christ our lives were forever changed.  Depending on our life choices up to that point, the change may have been dramatic or more subtle, but change there must have been.  When God Himself lives inside of us, nothing can ever be the same.  We, too, have a name change.  In some countries of the world, even today, converts choose a new name - usually a Biblical one - when they are baptized signifying leaving all that is old behind.  But even for us, who have not had a literal name change, we are called Christians - Christ Ones.  We are forever identified with Christ.

Paul was an apostle.  An apostle is one sent on a mission.  Paul’s mission was establishing and encouraging the church.  The man who had once tried to tear it down, was now building it!  And, although he may not have realized it fully at the time, his words would compose the majority of the New Testament, strengthening and encouraging Christians for all of time.

We also have been given a mission, although we may not be designated as apostles.  We are to live lives bringing glory to God; bringing heaven to earth in our spheres of influence.  Not only does God have a general mission for all Christians, but also He has a special plan for each one of us.  He designed us, saved us and placed us at this moment in history for a reason.  As we learn to walk with Him, we will uncover the plans He has for us, both general and specific.

Paul wasn’t just sent by anyone.  He was an apostle of Christ Jesus.  His mission was building the kingdom of God, not his own kingdom.  He was a servant of the great King.  It was the highest privilege of His life.  He never forgot it.

Sometimes we get so wrapped up in life and/or our ministry that we begin building our own kingdom.  We forget that everything we have is a gift from Christ Jesus.  We forget that our purpose is establishing His kingdom on earth.  We begin to think that we are the centre and that everything would collapse without us.  Let us ever be mindful of Who we truly serve.  Let us not fall into the same trap as Satan who thought he was better than God and could dethrone Him.  Pride is the foundation of every sin.  Let us realize what a high honour we have to serve the King of Kings and never step beyond that.

Also, notice that Paul was an apostle by the will of God.  He did not choose this position for himself.  God choose him, commissioned him and strengthened him in his task.  If Paul had chosen this for himself, he would have given up many times.  It is the knowledge that God had placed him there and that God would keep him there that kept him going through the dark days.

Sometimes we choose for ourselves what we want to do.  We have a self-appointed ministry.  Sometimes we do what we do out of necessity - there appears to be no one else to do it.  Either way when the dark days come, it is easy to quit or burn out.  God’s will followed in God’s way will have God’s strength [although it may not feel like it] and prevent burn out.  If we are feeling overwhelmed or burnt out, we need to pause and see if what we are doing is really the will of God for our lives or if we are doing things from another motive.

That is not to say that discouraging and dark days do not come when we are in the will of God.  Paul had many discouraging days.  The Devil wants to knock us out of the will of God.  He will place thoughts in our minds and tug at our emotions, but we can stand firm in the faith that God has called us and given us every resource we need to succeed.

Note:  I choose this verse to comment on because sometimes we overlook verses of Scripture because they don’t seem to be the “meat.”  After all, what is in an introduction or conclusion?  It is just necessary stuff, but not the "real" thing.  I hope that I have illustrated above that even these “lessor” Scriptures are worthy of mediation and can bring out a lot of Truth.  [I didn’t even use the entire first verse!  God bless.]