Who were Adam and Eve?  Were they real people or just mythological/symbolic people?  And why are they essential to Christian teaching?  Below we will look at why the entire Christian belief system would unravel if Adam and Eve had not existed, but we will start with whether they were real people or not… 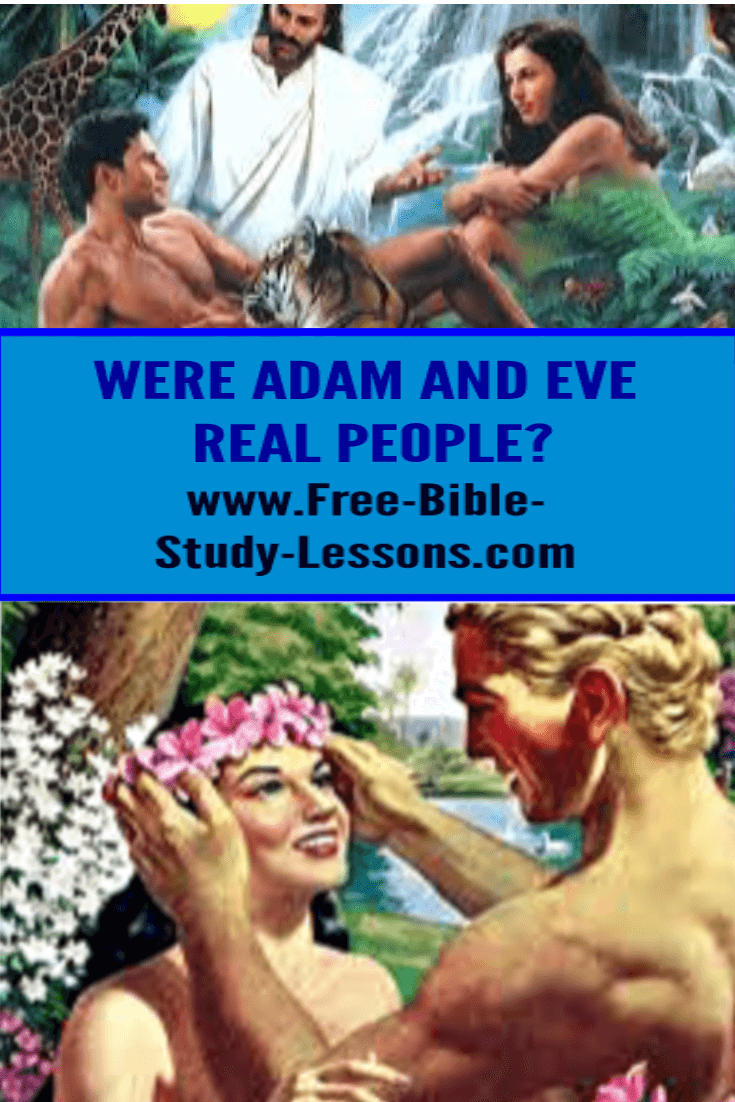 Those of you who have taken the Feed Yourself course know that different books of the Bible are written in different styles.  If the story of Adam and Eve was found in a poetic or prophetic book there might be some legitimate doubt as to whether they were real people or not - although no person in any book of Scripture is ever mythological.  Some books use terms like “the trees clap their hands” or “the moon turned to blood” to picture things for us, but people are always real except in clearly defined parables.

Genesis is presented as an historical book.  It is clearly intended to be taken as literal history.  To reject the idea that Adam and Eve were real people is essentially to call God a liar.

“Haven’t you read,” he replied, “that at the beginning the Creator ‘made them male and female,’ Matt. 19:4, NIV

Some may wonder, other than the fact that Jesus believed them to be real people, does it really matter?  Real or mythological - does it really change what we believe?  Are there not more important things to focus on?

What Is So Foundational
About Adam And Eve?

Have you ever wondered why the Bible never talks about the salvation of angels?  It is simple.  God created each angel mature.  At one point in time each angel had the choice of following God or rebelling.  Once that choice was made they were locked into it forever.  There is no salvation for rebellious angels [now called demons].  They are what they are eternally.

With mankind God chose a different approach.  We were not all created at once so there could be no one point in time where we all made a decision to follow God or to rebel against Him.  With mankind God choose to work on the principle of representation.

Therefore, just as sin entered the world through one man, and death through sin, and in this way death came to all people, because all sinned— Rom. 5:12, NIV

God created Adam and Eve perfect and mature.  Like the angels, they had no inward desire to rebel and were perfectly capable of making either decision.  Adam, specifically, was made the representative of the human race.  Whatever decision he made, he made on behalf of the entire human race.  As we know, he chose to rebel leading us into sin - which is essentially disobedience to God.

Death is the punishment for rebellion - whether human or angelic.  We should note that death does not mean non-existence.  Death is separation from God, from Life itself and ultimately an eternal existence in the excruciating flames of Hell cut off from all pleasure, hope and happiness.

If Adam and Eve were not real people, then we have no explanation as to why there is sin, pain and death in the world.  Only a real person could make a real decision with real consequences!

But it all rests on Adam and Eve being real, genuine, historical people.  If they were not, then Jesus, as a real, historical Person, could not bring us salvation.  It is all tied together.  If one is not true, then neither is the other.

The non-Christian may scoff and doubt the historical reality of our first parents, but the Christian cannot afford to do so.  His faith rests on the Truth of Scripture from beginning to end.  We cannot dismiss Genesis and the stories in it as unimportant or unreal.  On them rests the reason for the rest of Scripture.  If they are not real, then neither is our salvation.

We look at this in detail in our Love Covenants course.