Jesus Is
The Faithful Witness

"...and from Jesus Christ, who is the faithful witness, the firstborn from the dead,  and the ruler of the kings of the earth."  Rev. 1:5, NIV 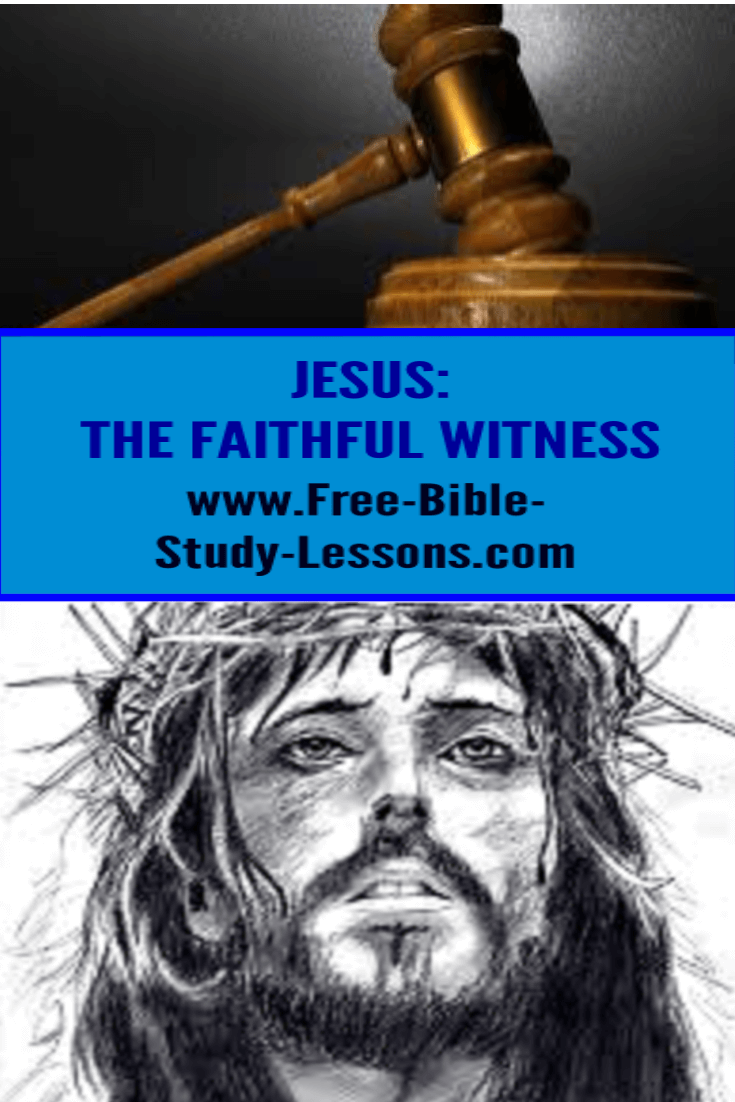 and from Jesus Christ - In the beginning of the Book of Revelation John introduces the letter as from the Father, the Holy Spirit and from Jesus Christ.  Jesus is the Center not only of the Book of Revelation, but also of life itself.  The entire universe revolves around Jesus.  He is the Creator, Sustainer and Redeemer.  John here gives us three attributes.

who is the faithful witness - Jesus is the faithful witness.  A witness is someone who sees an event and testifies about it.  As God, Jesus sees everything that happens.  Nothing is hidden from Him.  He knows what goes on in the world, in our lives, and even in our hearts and minds.  In Rev. 2:23, He reminds His churches that He searches hearts and minds.  He is not a passive witness, but active one.  He searches for the Truth.  In the Bible, of course, a witness was more than just one who testifies to what he has seen.  In a capital case, the witnesses had to lead in the execution upon conviction.  And so Jesus not only testifies to the Truth, but also carries out the sentence.  While we as Christians know Him as the Lamb Who died for our sins, the ungodly will meet Him as the Lion Who punishes every act of rebellion.

Jesus is faithful.  He cannot overlook any offence, He cannot be bribed.  For Jesus to overlook anything would be a denial of His Character, something He cannot do.  The only way to avoid the just penalty of our sins is to come to Him as Lord and Saviour.


Note: If you purchase this book from this link I will make a commission.  Disclosure Policy

and the ruler of the kings of the earth - The devil would like us to think that Jesus only rules in the Church.  No, He is King of kings and Lord of lords.  Every ruler of every nation is under orders to rule in the nation that Jesus has allowed them to govern according to His Law and ways.  One day they will be judged for every rebellion against King Jesus.  If they have walked in their own ways and led their nations astray, there will be a fearful reckoning on the Day of Judgment.  Jesus sometimes gives us good rulers as a reward for the righteous in a nation, and sometimes He gives us evil rulers as a judgment for a nation's rebellion.  There is more truth in the saying that people get the rulers they deserve than we want to acknowledge.  By the way, a democracy doesn't overrule Christ's Kingship.  He is the Ultimate giver of nations no matter what form of government they have.