When we look at the context of this verse we find that Jesus had been casting out demons.  The Jewish leaders could not deny what was happening so they claimed that Jesus was using demonic power to cast out demons.  Jesus responded with the illustration of binding the strong man and spoiling his goods.  Then He made the above statement.

Both the Jewish leaders and Jesus knew what was happening.  The Jewish leaders simply did not want to follow Jesus nor did they want anyone else to follow Him, so they made up the idea that Jesus was actually working for the devil.  Jesus, of course, shattered such ideas.  Satan is smarter than to pull down his own kingdom.  Only someone who is more powerful could attack demonic powers. 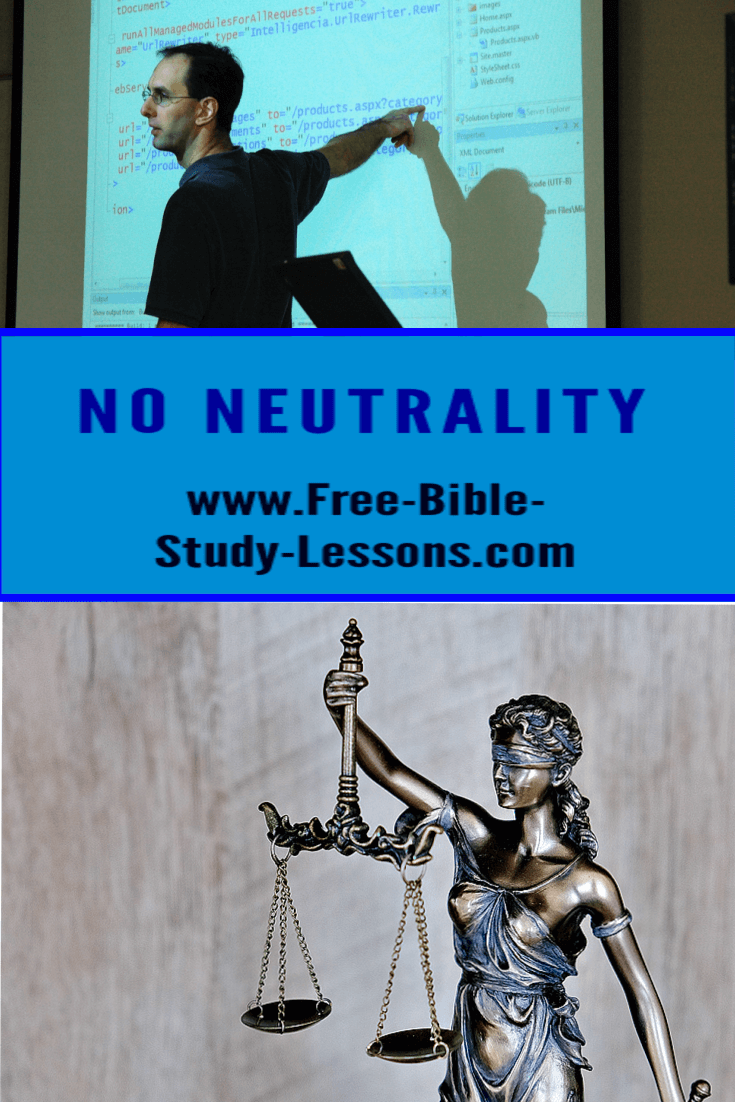 Neutrality is the great modern myth which had been sold to Christians.  Satan's followers aren't so ignorant as to believe it, but it is a useful tool to steal a Christian heritage and Christian nation away from the people of God. There is no neutrality.

Satan was strategic in his approach.  His top priority was to control education.  He began by offering "free" education [really paid for by the theft of socialistic taxation].  Then he removed Christianity by offering 'neutral" education for all.  Instead of standing on the Word of God, which states there is no neutrality, foolish Christians sent [and still do] their precious children, like lambs to the slaughter, to be trained in the religion of humanism.  The public schools are now the largest churches with the "educators" - who have no interest in education - being the priests and priestess of religious humanism.

Of course, we are offered neutral politics.  Once again gullible Christians want to be fair, so Christianity is removed and is replaced by religious humanism.  Under the guise of neutrality, Christianity is slowly outlawed and we can't figure out why.

"Neutral" science is very hostile to Christianity.  Scientists are no more neutral in their approach to facts than is anyone else.  The violent opposition that the controlling Darwinian humanists [supported many times by misguided Christians!] to any scientist or journalist who opposes or even questions their system reveals a religious fanaticism uninterested in discovering truth.  See the movie Expelled.

The weakness of Apologetics is often its attempt to find "middle" or neutral ground.  No such place exists.  Even the attempt to find it assumes that there is somewhere outside of God from which man can judge God - a totally unChristian idea.  Yes, Christian doctrine should be defended from both Scriptural and extra-Scriptural evidence, but not on a non-existent neutral ground.

Christians need to realize there is no neutrality.  They need to stand without embarrassment or compromise on the Word of God.  At every opportunity they need to shatter the myth of neutrality.  Force the enemy to honestly admit that what he is seeking is the total destruction of Christianity instead of the silver-tongued lies of neutrality.