Sarah is one of the only two women mentioned by name in Hebrew’s chapter 11 - the “Heroes Of The Faith” chapter.  Her original name was Sarai which means “princess.”  She was Abram’s half-sister [same father, different mothers] and later became his wife.  She was a very beautiful woman…so beautiful that she would attract the attention of kings.

We are first introduced to Sarai in Genesis 11.  There we learn that she had an unsolvable problem.  She was physically unable to have children.  In today’s society many women would not consider that a problem.  Being self-centred, they do not want children and often murder the ones they do have.  But in ancient society, children were considered a blessing and large families were not only a delight to their parents, but a benefit to society.  So for Sarai to be childless, although it was no fault of her own, she would have been looked down upon by the women around her and thought cursed.

Her husband, Abram, received a call from a strange God - far different than what they worshipped in Ur - to go to a strange land where they did not know anyone.  And, at the beginning, Abram did not even know where they were going, just that God had told him to leave where they were.  Doubts and fears may have plagued Sarai about this move, but she faithfully went with her husband.

As they set out on their travels, Abram had made a strange request of her.  This man, who was to become the Father of the Faithful, did not start out with a lot of faith.  He knew Sarai was a beautiful and desirable woman and he knew that leaders, in the countries that they would be traveling around, had murdered men in order to marry their wives.  So he asked Sarai to simply tell people they met that she was his sister and forget to mention that she was also his wife!  We do not have a record of what Sarai thought of this arrangement, but on two occasions she faithfully carried it out and found herself in the harem of kings.  However, God protected her even when her husband did not - yet in both cases, she was returned to her husband unharmed.

When she was 77 years old she despaired of ever having a child.  Even through this great disappointment at not having children, Abram had remained faithful to her.  In an age when powerful men, like Abram, often had several wives Abram had remained loyal.  Now Sarai really wanted a baby so she suggested that Abram marry a slave girl that she had acquired, so that she could have a child through her.  Abram agreed and the slave girl, Hagar, got pregnant. 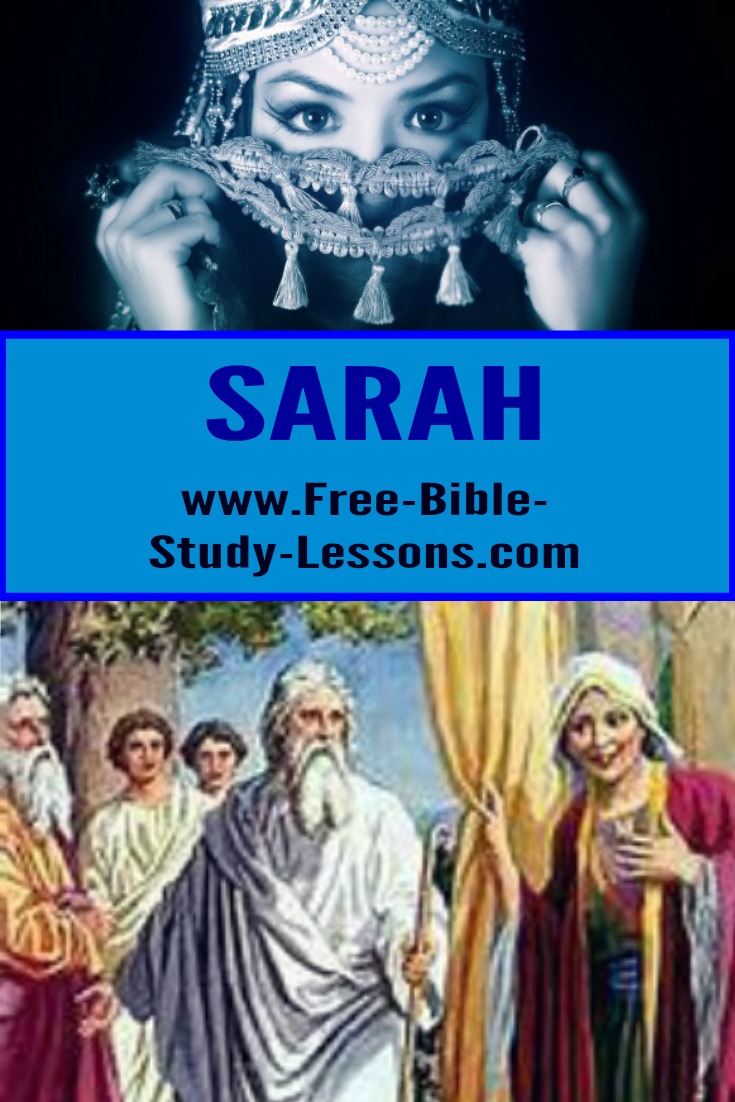 Hagar, when she saw she was pregnant, despised Sarai as a childless old woman.  Sarai was now furious.  Her plan had backfired; however, she did not take responsibility for it but blamed Abram for going along with it.  Abram wanted family peace and so told Sarai she could do as she pleased with Hagar.  Sarai took her womanly vengeance out on Hagar who fled into the desert to escape her wrath.  An angel met with Hagar and instructed her to return to Sarai.  We don’t know how she was treated on her return, but she gave birth to a son, Ishmael, and they both lived with the family.

Earlier [Gen. 15] Abram entered into a Blood Covenant with God.  Now as part of that covenant God introduced circumcision and gave a name change.  Abram becomes Abraham and Sarai’s name is  changed to Sarah.  During this time God told Abraham, and I’m sure he passed it on to beloved Sarah, that Sarah would become the “Mother Of Nations” and kings would be among her descendants!  For an 89 year old childless woman this would be incredible and she may have wondered if Abraham had been at the wine.

Later that year the Lord and two angels, in guise of men, came for a visit.  Again, they confirmed to Abraham that within a year he would have a son by Sarah.  Sarah was listening by the tent door and laughed to herself when she heard it.  The Lord asked Sarah why she had laughed and, in fear and embarrassment, she lied about it.  Although she doubted at first, Hebrews 11 said she came to believe the promise…and it was fulfilled.  When Abraham was 100 and she was 90, Sarah gave birth to Isaac.

Family peace was to be interrupted once again, though.  One day Sarah saw Ishmael making fun of her beloved Isaac.  All her womanly protection instincts flared up and she demanded that Hagar and Ishmael be sent packing.  Abraham was hurt by the thought of sending them away.  He loved Ishmael, as well.  But a word from God confirmed it was the right thing to do. So with gifts to start them on a new life, they were sent away.

Sarah lived to the age of 127 and was buried in Hebron in Canaan.  Sarah was a woman who knew much sorrow, disappointment and danger, but she also experienced great joy and became one of the most honoured women in the world.  She had her faults, as we all do, but she was still used by God to begin the nation from which Jesus Christ would come.