Unions are a part of our modern life. What does the Bible teach about them? Are they legitimate? What is the Christian response?

We need to start with work. God is a worker. He designed us to be workers.

"Six days shalt thou labour, and do all thy work...For in six days the LORD made heaven and earth, the sea, and all that in them is, and rested the seventh day: wherefore the LORD blessed the sabbath day, and hallowed it." Ex, 20:9, 11

"He also that is slothful in his work is brother to him that is a great waster." Pr. 18:9

"Whatsoever thy hand findeth to do, do it with thy might; for there is no work, nor device, nor knowledge, nor wisdom, in the grave, whither thou goest." Ecc. 9:10

It is God's desire that we all work. Unions have come in to organize the workers to achieve certain goals. Some companies have abused their employees and unions have stood up for the helpless. In a sinful world there will always be abuses, but the question is: How does God expect us to handle abuses? Are Unions the correct response? Whose responsibility is it to handle workplace abuses? We will Scripturally answer these questions.

How Does God Expect Us To Handle Abuses In The Workplace?

We must distinguish between real abuse and differences of opinion. Real abuse involves things like sexual harassment, unsafe working conditions, force or violence, violating agreements, etc. In short, it is Biblically-defined criminal activity against employees [or employers]. Differences of opinion include things like hours of work, pay rate, vacation time, promotions, benefits, etc.

How Do We Handle Real Abuse?

We can report the abuse to the police or those in authority. It is also possible in some cases to bring a civil law suit.

"And I charged your judges at that time, saying, Hear the causes between your brethren, and judge righteously between every man and his brother, and the stranger that is with him." Deut. 1:16

"For this is an heinous crime; yea, it is an iniquity to be punished by the judges." Job 31:11 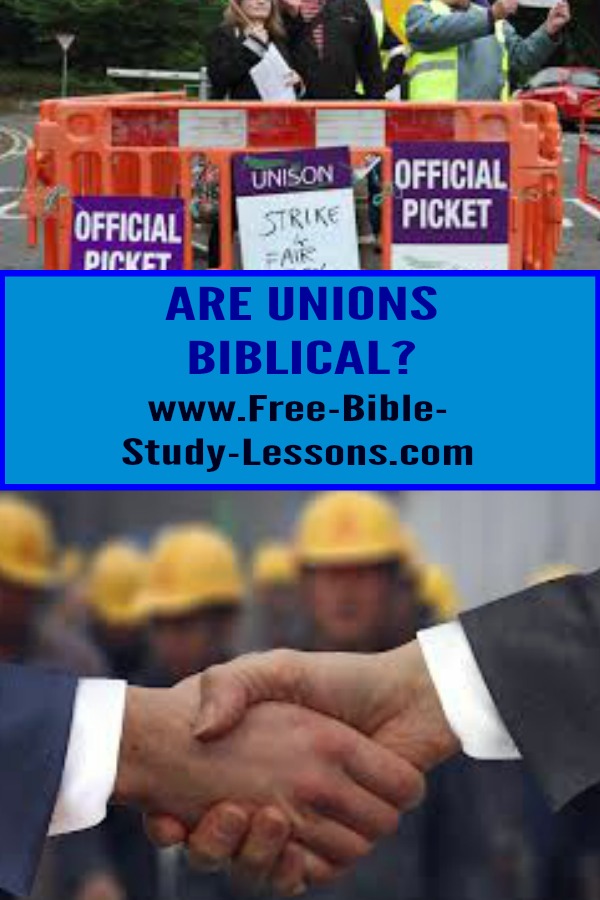 In God's system, a Godly society handles real abuses through the court system according to Biblical Law. The Biblical justice system is to protect both the employers and the employees from evil actions. Now we know we do not live in Godly countries. We cannot depend on the courts to give fair decisions. What are we to do?

Since we are dealing with Biblically-defined crimes, we have to see if the court system is an option. For example, sexual harassment may be able to be handled in court while unsafe job conditions may not be. We have to assess the individual situation.

If both the employer and the employee are Christians, both should study the Word of God about their OWN responsibilities [not the other persons]. If they cannot come to an agreement then the matter is to be brought before a church council which is committed to Biblical Law and whom both can trust. They need to be willing to live with the decision.

"Then both the men, between whom the controversy is, shall stand before the LORD, before the priests and the judges, which shall be in those days;" Deut. 19:17

In cases of real abuse, we have to look at all legitimate options: the courts, the church, resigning, or going to the union. In a society where the courts cannot be depended on to provide God's justice, then a union may offer some protection, although they often do not operate on Biblical principles any more than the courts do.

How Do We Handle
Differences Of Opinion?

"Servants, be subject to your masters with all fear; not only to the good and gentle, but also to the froward." 1 Peter 2:18

Jesus told a very instructive story on these issues. One which many people wish He had forgotten!

So when even was come, the lord of the vineyard saith unto his steward, Call the labourers, and give them their hire, beginning from the last unto the first. And when they came that were hired about the eleventh hour, they received every man a penny. But when the first came, they supposed that they should have received more; and they likewise received every man a penny. And when they had received it, they murmured against the goodman of the house, Saying, These last have wrought but one hour, and thou hast made them equal unto us, which have borne the burden and heat of the day. But he answered one of them, and said, Friend, I do thee no wrong: didst not thou agree with me for a penny? Take that thine is, and go thy way: I will give unto this last, even as unto thee. Is it not lawful for me to do what I will with mine own? Is thine eye evil, because I am good? Matt. 20:1-15

The employer hired other employees during the day. He made no promise of what the wage would be, but the employees were willing to work under those conditions. They did not have to, but they trusted that it would be worth their time.

At the end of the day, the employer gave to everyone the same wage. Those hired first - like good humanists - thought this was unfair. The employer pointed out that he had faithfully fulfilled his contract to them - which they had both agreed was fair - and they had no right to tell him how he would spend the rest of his money. As long as the contract to them was fulfilled, it was none of their business what he did to others.

Jesus makes plain that the employee has the right to whatever was promised in a mutually agreed upon contract, but has no further rights on the employer's time, money, or property.

Unions may represent a group of employees and negotiate a contract with an employer to their mutual benefit. However, if the union uses tactics to try and force an employer to give more than he is willing to give then we have a sinful, unBiblical, oppressive situation. No Christian should support such activity which is actually criminal extortion.

This means that strikes are totally wrong. No Christians should ever vote for a strike for any reason. Any job action designed to hurt the employer's business or force him in a contract against his will is sin. If employees feel they cannot work under the conditions offered, they have the right to quit - all at once if they wish. However, they cannot complain if the employer finds other employees who are willing to work under his conditions.

The employer is in charge of his business as long as he is not violating a mutually agreed upon contract or the limits of Biblical Law. This means that unions have no right to try to control any aspect of the employer's actions as long as they are not criminal or contract violations. The employer has the right to promote whomever he wishes regardless of seniority. If the employer wants to give someone a raise or a bonus above the contract wage, that is his right. As long as he is not paying anyone below the contract rate there is no problem.

Employees and Unions often feel they have a right to their jobs. This is a misconception. A job is a position of mutual benefit. The employer desires the labour of the employee more than the money/benefits paid to the employee. The employee desires the money/benefits more than his time. If there is no contract then either party has the right to end the relationship with proper notice [traditionally two weeks]. The employee can quit. The employer can end the job position or fill it with someone else. If there is a contract, then both parties must live by the terms of the contract. When the contract ends, both are free to make their decision. No one has a lifetime right to a job. A job is only valid as long as it is mutually beneficial.

Unions And Their Members

Most - if not all labour Unions - are closed ship Unions. This means that in order to work for a given employer a person must belong to a Union. No where in the Bible is permission given for one person to force another person into any kind of relationship. Closed shop Unions are based on extortion, fear, and violence or the threat of violence - "You have to pay us or we won't let you have a job!"

The only legitimate Unions are voluntary associations which restrict their activities to protecting their members from real abuses and negotiating mutually beneficial contracts. They could also provide training, education, job placement, social activities, etc. for their members and/or families.  This way Unions have to earn their membership. They have to convince workers that the benefits they provide are worth more than the dues they charge. If they fail to live up to their promises, then they lose members.