Why is Modern Positive Law Unable to Prevent Evil?

There are two foundational types of law systems. They are positive law and negative law. They represent two totally different ways of dealing with people. Negative law focuses on what people are not allowed to do, while the other focuses on what people are allowed to do. Doesn’t sound like much of a difference? As we will see it is the difference between freedom and slavery.

Let’s look at examples from the two types of law and then we will go on the see why one works and the other doesn’t.

Which set of laws do you prefer? Personally, I like the second list. It makes me feel good to know what my rights are as compared to being told what I can't do. Most of us are human enough to like that idea. Then why did God chose negative law? Isn't that a major criticism of Christianity - "You're always telling me what I can't do?" 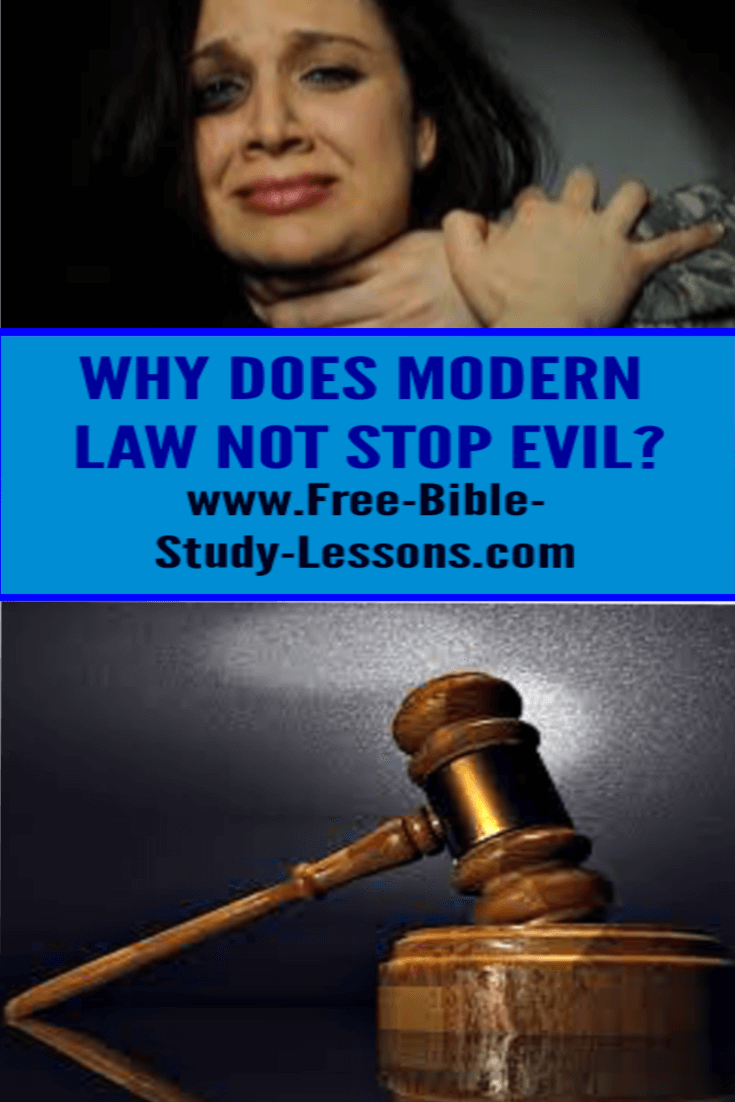 The simple answer is that negative law works and positive law doesn't. Think about it. If positive law is so great then why does it protect and promote high taxes, abortion, murderers, homosexuality, rapists, etc.? Why does it give use ineffective crime punishment? Why is the economy always up and down? Why do the poor become poorer and the rich richer under positive law? Keep on asking questions like these until you realize: It doesn't work!

Looking at the above list, we see God's law is almost all negative. Even the two positive commands have implied negatives. Remember the Sabbath is followed by you shall do no work on the Sabbath. Honour your father and mother is supported by laws telling us what not to do.

That would be bad enough, but positive law can never stop there. There are large cracks in the circle. Because it is concerned with our "rights", it must have laws to defend them and make sure we get them. In short, under positive law, the law comes to control every aspect of life. Isn't that what we see happening in Canada, the US, and other nations today? It is the ultimate humanistic/socialistic dream of salvation by law in direct conflict with the Christian doctrine of salvation by Christ alone.

The health of the people is the highest law in a positive law system. While that sounds great, it must lead to tyranny. In seeking the supposed highest good - as determined by government bureaucrats - the law must attempt to control all people and all their activities.

"Because the law is unlimited, the state is unlimited. It becomes the business of the state, not to control evil, but to control all men. Basic to every totalitarian regime is a positive concept of law." R.J. Rushdoony

In a positive law system, laws multiply like rabbits in order to try and control every aspect of life. The result is that nobody can keep them all. Only specialized [and expensive] lawyers have any hope of making sense out of them. The end product is an enslaved people forced to dance to the whims of the lawmakers or face their wrath. What a price to pay for rejecting God's law system!

Now take up your illustrator's pen once again. Draw another circle. Inside the circle put the words "Forbidden Zone." On the outside of the circle put the word "Permitted." This is God's negative law system. It says, "Thou shalt not steal. Thou shalt not...etc." In God's system everything inside the circle is forbidden and the boundaries are clear. The basic implication is: Whatever is not forbidden is permitted. [That is why we have to be very careful with our 'thou shalt nots', because if God hasn't forbidden it - in word or principle - then it is allowed.] 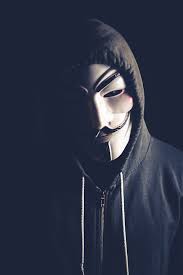 Negative law forces the law to deal with specific evil acts. This means that, except for the forbidden zone, man's life is beyond the law. As long as we are not acting in the relatively small forbidden zone or headed for it, the law is uninterested in what we are doing. If we go to the forbidden zone, the law will jump up and yell, "Thou shalt not." In any other case, negative law doesn't care what we do. Law [and lawmakers] actually becomes a very minor aspect of people’s lives.

Positive law is unlimited law, negative law is limited to controlling evil. Positive law assumes people are childish so the state must "father" them. It must provide for them and make sure everything in their lives is taken care of. It is total interference! Eventually, it makes people totally dependent on the state, unable to make decisions for themselves. It destroys human beings and tramples liberty and individual thought.

"A medical colleague returning from Finland in the 1980s told me how Russian men would marry Finish women so they could emigrate to Finland. Once there, however, the array of decisions that the average citizen makes concerning housing, shopping, etc., was just too much for many of them to bear. Overwhelmed by the task of taking responsibility for their life, the men went back to Russia where scarcity and aggression make choice a rarity. This destruction of the questing human spirit, of the confidence in one's ability to cope with the world, is the most devastating effect of the extreme aggression of communism." Dr. Mary Ruwart

While this is seen most in extreme communism, it is the end result of all positive law - including the varieties of socialism practiced in Canada and the United States.

"Socialism of any type leads to a total destruction of the human spirit..." Alexander Solzhenitsyn

Negative law deals with things realistically. It knows people are not childish but irresponsible. They are in deliberate rebellion to God - a rebellion that only comes to an end with the salvation found in Jesus Christ. So negative law doesn't try to save people [that is legalism] or "father" them. It concentrates on prohibiting and punishing public acts of evil.

"When the law loses its negativity, when the law assumes a positive function, it protects the criminals and the fools, and it penalizes responsible men." R.J. Rushdoony

Isn't that what is happening today? It is almost safer to be a criminal than an upright citizen! Regardless of its intent, positive humanistic law will always end up supporting evil and evil men at the expense of the innocent and the law abiding.

After having said all that, I need to make one more thing clear. Although the foundation of God's law is negative that does not mean there are no positive commands.

Here we have a positive command. If someone [even an enemy] has lost something and we find it, we are responsible to return it. We cannot look the other way when someone needs help - it doesn't matter who that someone is - we are required to give the help needed.

Again, we have a positive command. This time we learn we are responsible to take reasonable safety precautions or we will bear the consequences.

This also clearly illustrates the difference between negative law and positive law. Negative law simply states that if you dig a pit you had better cover it or you will be responsible for any resulting damage [no government inspectors needed!]. Humanistic law would tell us where we could dig the pit, how deep and wide it could be, what kind of cover to put on it, and probably make us buy [extort] a digging permit before we could dig it. And people want to live under positive law!?!

Since negative law has some positive commands and positive law has some negative commands, how can we tell which system a law is part of? To figure that out we must look at the basic law structure in which a specific law is found. If the foundation of the law is built on the premise of controlling and punishing evil then we have negative law. If the premise is one of controlling people [who have committed no moral crime] to ensure everyone gets their "rights", then we are dealing with positive law.

Old Testament Israel was supposed to be an example of the positive effects of negative law. Unfortunately, they insisted on living in the forbidden zone and/or allowing it to degenerate into the positive law of people control. For this reason, except perhaps under Joshua, they did not live up to the ideal of a negative law society.

When a negative law society exists it becomes a great temptation for the leaders to corrupt it into a positive law system [for the good of the people, of course], and so gain power and control over people that they were not intended to have. The leaders must be people of integrity, committed to the negative Biblical Law system. And the people must be continually on guard against any law, however small, that violates Biblical Law - for no system is corrupted by giant leaps but by small seemingly insignificant steps.