Slavery In The Bible

Slavery in the Bible is a subject that is sure to come up as we look at Biblical Law and its applications in today's society. Many Christians are embarrassed by these laws, and they furnish the hypocritical humanist of today [who willfully forget that the founders and promoters of their precious "evolution" idea were for slavery and murder and were extreme racists, believing Africans and Jews were at the bottom of the evolutionary ladder] with material for laughter at and criticism of Christian religion.

As we take an honest look at slavery in the Bible, we do discover that slavery is regulated in the Old Testament. Bible slavery is not directly condemned even in the New Testament. Yet it was through the work of dedicated Christians, like William Wilberforce and John Newton [a former slave ship captain], that slavery was peacefully abolished in the vast British Empire. 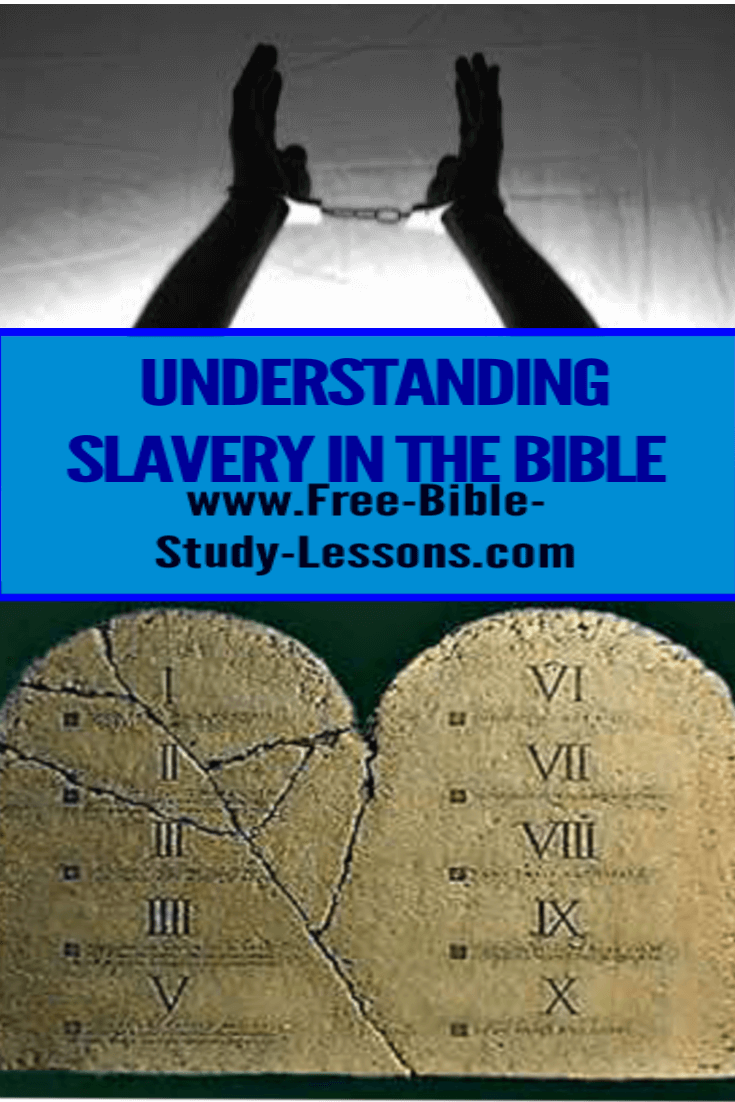 Part of the problem is that we misunderstand the Biblical concept of slavery. We equate it with the African slavery in North America and other parts of the world. So lets look at some things that slavery in the Bible was not.

1. Slavery in the Bible was not racial. The slavery we think of today is usually race [or gender]-based. In the Bible anyone could become a slave, including the Hebrews themselves [Ex. 21:2].

2. People could not be kidnapped and sold into slavery. The slavery we normally think of today was made possible by mass kidnappings. Kidnapping was a capital crime in Scripture [Ex. 21:16], and a woman was specifically protected from being sold into a foreign nation [Ex. 21:8]. The slavery we think of today would not have been possible under Biblical law as there were extremely limited ways of acquiring slaves.

3. With slavery in the Bible, slaves had legal rights. In slavery, as it was practiced outside of God's law, a slave had no rights. Their master was their highest law. This in effect makes man god - an idea which is always opposed by Scripture. While being a slave was not an easy life, the law worked to protect the slave from abuse. If the owner, in punishing a slave, knocked out a tooth, for example, the slave went free and the owner lost his "investment [Ex. 21:27]." This was good motivation not to be too severe in punishment and is in contrast to slavery where the master could brutalize and rape his slaves at will.

4. Contrary to humanist ignorance, women were not used as "sex slaves" in slavery in the Bible. The word "sells" is sometimes confusing for those who do not understand the big picture [and specific laws ALWAYS have to be understood in context of the law in general]. A bridegroom [or his father] paid a bride price to the bride's father. Two major reasons for this were a] to insure that the bridegroom was financially able to support his new bride, and b] to provide a "life Insurance" for the bride in case her husband died or divorced her. As this relates to Ex. 21:7-12, the context shows the man in question was paying a bride price [which did require the consent of the bride] either for himself or his son. If he changed his mind before the marriage took place, he had to allow her father to redeem her. i.e. return the bride price and receive his daughter back. He could not "sell" her to anyone else - let alone make a "sex slave" of her. If he married her she became his wife with all the rights and privileges thereof. If she was to marry his son, he had the responsibility to look after her as a Godly father.

5. The Biblical Free Market system would have made owning large numbers of slaves unprofitable. Slavery in the Bible would have only been a small part of society.

The Purpose Of Slavery In The Bible

What was the purpose of slavery in the Bible?

There were only three major ways a person could become a slave.

1. If a person got into debt that they could not pay, they could sell themselves as a slave for up to six years. What the person was, in fact, doing was selling his future productivity for a cash price in order to pay off his creditors. He could buy his freedom any time he could pay his master what was owed. Until then he worked off his debt under the supervision of a master who, in theory, would teach him not to get into debt again. If he had not bought his freedom before then, in six years he went free and his master gave him gifts to help him begin life again as a free man [Deut. 15:13-14]. In this case slavery in the Bible was short-term and was to train a person in self-control and financial management.

Today many people are slaves to credit cards and other creditors. Their debt extends far beyond six years, and sometimes even beyond their ability to repay. Instead of being able to work off their debt in a short period of time, they can lose everything, become homeless and have to depend on welfare... if it is available. I suspect many in such a position would not view this form of Bible slavery as an undue hardship.

2. Another way a person could become a slave was if he was a convicted criminal who was required to make restitution to his victim that was beyond his ability to pay and his assets. In that case, he could be sold [but not out of the country] in order to pay his debt. This kind of slave was not released after six years. They were released whenever their debt was paid off, whether they paid it themselves or someone paid it on their behalf. Again, they were not locked into slavery forever, just until their debt was paid.

Crimes rates would dramatically drop if the criminals where required to personally make financial restitution to their victims and if unable to do so had to go to some kind of "work farm" until they had worked it off.

3. The third major way a person could become a slave was if they were a war captive. This was the only type of slavery in the Bible that was permanent, although the slave still had legal rights. A woman captive could not be used simply as a "sex slave." She could be married, but then she became a wife with all the rights and privileges of a wife. Since, with the one-time exception of Canaan, the Bible allows only a defensive military, such captives would not have been common unless a foreign nation had declared war. This is not a slavery against any one race but against a warring [obviously non-Jewish] nation. This type of slavery was abolished by Christ when He set the captives free [Luke 4:18] and broke down the dividing wall between Jews and Gentiles [Eph. 2:14].

The slavery we normally think of, and as practiced in the Greek/Roman world, is certainly not sanctioned by slavery in the Bible laws. Why then did the apostles not fight against it? Why does Paul seem to condone it?

Christianity works from the inside out. It recognizes that the heart of man must be changed through the grace of God before lasting social change can take place. To fight against such a deeply entrenched - and ultimately humanist - system when the Gospel was just a seed would have failed to destroy slavery and failed to establish the Kingdom of God. Once the Kingdom of God had a firm footing in the hearts of men, then eyes could turn to changing social systems to reflect inward Christian commitment. It should not have taken 1900 years or so, but it did. This also shows us that while we are establishing a foothold for the gospel we have to work within existing systems as much as possible. The Christian way is not one of violence and rebellion, but of peaceful change over time.

In some ways slavery is still legally with us today. Take the military, for example, a person joins but they cannot quit anytime they want. They are subject to harsh discipline if they violate the rules of the military. In the case of countries which use the draft, it is not even a voluntary enlistment, yet very few seem to object. [This is not to criticize the dedicated men and women in the military, but only to point out some similarities.]

Most people are, in fact, slaves without realizing it. Just because they have certain freedoms they think they are free, while all the time the majority of their labour is consumed by their civil government. [In ancient Egypt a 20% tax rate was considered oppressive - Gen. 41:34. And we think we are advanced!] They can be fined, jailed, or have "their" property taken for minor violations of statist law. The civil government even claims priority rights over their children. Yet, especially in Western nations like Canada and the US, they loudly proclaim they are free. At least, in the old days, a slave knew he was a slave. We have lost that knowledge today!

Of course, the major reality of slavery in the Bible is all of mankind's slavery to sin. It is a slavery from which we are helpless to escape. It is only as we come to trust in Jesus as Lord and Saviour that we can experience true freedom. Those who refuse this offer of escape will find themselves trapped in an eternal slavery - much worst that anything that has happened on earth - forever.

For a detailed treatment of this subject see Dr. Gary North's Tools Of Dominion, pages 111 - 277. You can download your copy of the book free at www.garynorth.com [slavery in the Bible].

Here is an article by another writer to consider: Why Christians Shouldn't Be Embarrassed By Slavery In The Bible. 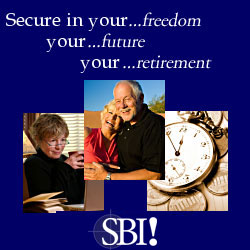